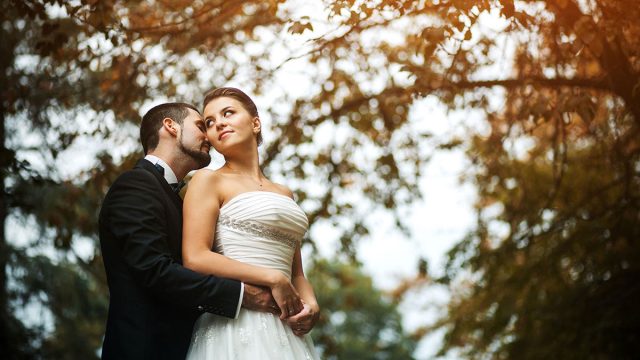 If you’re invited to a wedding for two Scorpios, then you might be curious about the typical Scorpio man Scorpio woman marriage.

Do the stars align for this married couple?

Astrology can tell you everything you need to know to predict whether or not a marriage will be successful.

You must consider the planets, elements, modalities, and more to get a clear picture of what a marriage between any two zodiac signs will look like.

By learning more about the astrological forces at work behind the star sign Scorpio, you will be able to determine the double Scorpio compatibility.

One of the first astrological aspects we need to examine to predict marriage compatibility is the zodiac signs’ natural elements.

Every star sign correlates with one of the four elements of nature: fire, earth, air, or water. The elements reveal some of the significant personality traits and emotional tendencies of the signs.

They can also help us determine compatibility by observing how the elements interact in the wild. Two signs belonging to the same element tend to get along the best.

Scorpio is one of the water signs, and water signs are known for being sensitive, intuitive, and emotional.

Water signs experience their emotions profoundly and are very sensitive to the feelings of others. They are guided by their feelings and intuition more than facts and data.

A Scorpio man in love will look out for his partner’s emotional needs, and if he is with a Scorpio woman, she will do the same for him in return.

Besides the natural elements, another important aspect when predicting marriage compatibility is the planets of the signs.

Every sign is guided by a particular heavenly body that tells us some of the important characteristics of that sign. Scorpio is one of the rare zodiac signs with more than one guiding planet.

This planetary combination tells us that Scorpios are very intense and powerful people. They are ambitious and will stop at nothing to get what they want.

While their water element and Pluto’s self-control make them appear calm and tranquil on the surface, the influence of Mars also makes them fiery and combative.

Having Pluto and Mars as their same guiding planets tells us that a double-Scorpio marriage could suffer due to power struggles.

Both the Scorpio man and woman want to be in control of the relationship and they will fight for dominance.

But if their goals align, they can be a very powerful couple who will achieve anything they set their minds to.

Every sign has one of three modalities: cardinal, mutable, or fixed. The modalities tell us how the zodiac signs approach problems and navigate through the world.

Scorpio is a fixed sign, and fixed signs are stubborn and slow to initiate. They take a long time to tackle problems but are good at finishing any project they start.

You might think that having the same modality makes Scorpio and Scorpio soulmates, but this isn’t the case.

Since fixed signs are so stubborn and unyielding, Scorpios are unwilling to change their minds or accommodate others.

When a Scorpio man and a Scorpio woman fight, they can drag an argument out for a long time because neither will want to apologize first or make compromises.

In a marriage, it’s better for the two signs to have different modalities so that as a couple they have multiple ways of overcoming obstacles.

Every star sign rules one of the twelve houses of the zodiac. The houses convey the strengths and values of the signs.

Scorpio is the head of the eighth house, which is the house of merging, sex, intimacy, and shared resources.

A Scorpio man and woman are equally eager to commit to their marriage and start a life together. A Scorpio woman knows just how to win a Scorpio man’s heart because she shares his values.

He loves how willing she is to abandon the bachelorette lifestyle to be with him forever, and she likes that he isn’t afraid of devoting himself to a monogamous union with her.

Having the same values, and particularly placing so much value on partnerships and intimacy, makes two Scorpios a good marriage match for each other.

Each astrological sign has a spiritual or mental age determined by the order of the zodiac. As the eighth sign out of twelve, Scorpio is the last of the young adult or adolescent signs.

Unlike child or elderly signs, adolescent signs are focused on worldly things. They are highly concerned with their reputations and how others perceive them.

They value interpersonal relationships more than the other spiritual ages, and it’s important to them to be liked and respected.

Having the same mental age gives a double-Scorpio couple some shared values and viewpoints, but it also creates a lack of balance within the relationship.

Since they are both so concerned with what others think of them, neither partner can provide a different perspective for the other.

Every star sign has a unique symbol, usually an animal, that encapsulates the distinctive characteristics of that sign.

The symbols tell us a great deal about the signs’ personalities. Symbols also help us predict compatibility by judging how the two animals interact in their natural habitats.

Scorpio’s symbol is the scorpion, which tells us that Scorpios are unassuming but deadly. Scorpions are small but mighty, and they can take down predators much larger than themselves with a single poisonous sting.

You might assume that two Scorpios should have a blissful union since they have the same animal symbol, but you must look deeper into the mating habits of scorpions.

Male and female scorpions engage in a complicated dance to mate, with the male of the species clutching the female, often against her will.

Some members of the animal kingdom mate for life, but scorpions are far from monogamous.

Cannibalism is so common amongst scorpions that they quickly separate from each other after mating. The female scorpion often tries to kill and eat her mate.

Although two Scorpios share the same animal symbol, the mating dynamic of the scorpion doesn’t bode well for a double-Scorpio marriage.

Two Scorpio have a great deal in common thanks to their shared sign. For a Scorpio man and a Scorpio woman, falling in love with each other is natural and easy.

A Scorpio lady knows exactly what a Scorpio man likes and dislikes in a woman, so she knows intuitively that they are a perfect match right away.

The Scorpio guy sees that a Scorpio woman is her authentic self with him, and he can tell that their remarkable similarities aren’t due to her changing herself to accommodate his desires.

As the sexiest sign of the zodiac, a Scorpio woman and a Scorpio man in bed have unmatched sexual chemistry.

It’s easy to think that two people born under the same sign should make a perfect marriage match because they are so similar, but this isn’t always the case.

Having a lot in common can help start a relationship, but it can also be the cause of its demise. When any couple shares the same sun sign, there can be a lack of balance within the marriage.

A Scorpio man and woman are equally power-hungry and need control in the relationship, which leads to arguments and power struggles.

They are also both incredibly stubborn and set in their ways, so they won’t be willing to compromise or change anything for each other.

Even if they are happy and rarely fight, their marriage can suffer from stagnancy and complacency if they don’t push each other to grow and evolve.

When two Scorpios meet, it’s love at first sight. They instantly recognize that they have found kindred spirits and will want to pursue a romantic relationship.

Although Scorpios are usually careful and prudent, they are also romantics and will throw caution to the wind when it comes to love.

Their relationship will have a promising start, with both partners feeling a connection they’ve never experienced with anyone else before.

But over time, the lack of balance will start to show in their relationship, and they will have some nasty, vicious arguments.

Scorpios are incredibly stubborn, which can cause and prolong arguments in a double-Scorpio marriage.

But their stubbornness is also what keeps them together since neither is willing to give up on the relationship or each other.

Although their marriage will face plenty of struggles, a Scorpio man and a Scorpio woman are soulmates and their union will likely stand the test of time.