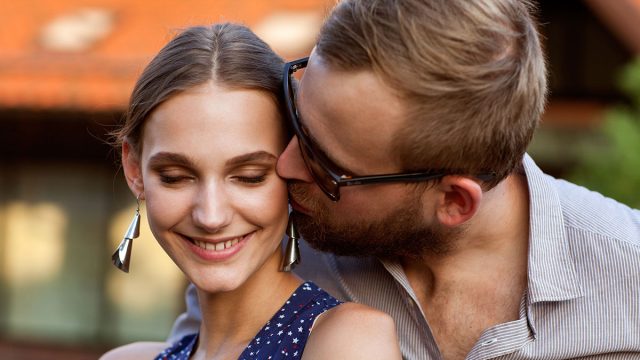 If you are dating one of these zodiac signs, you might be wondering about the typical Scorpio man Sagittarius woman relationship.

You can use astrology to predict whether or not a couple will succeed and have a lasting relationship.

Their zodiac signs will tell you everything you need to know about their mental connection, emotional compatibility, sexual chemistry, and more.

Once you know more about their signs, you will be able to determine if a Scorpio man and Sagittarius woman are soulmates or if they should go their separate ways.

Before a Scorpio and Sagittarius relationship can begin, these two signs must first form an attraction to one another.

They aren’t each other’s usual type, but they will still be inexplicably drawn like magnets when they first meet.

A Scorpio man is dark and mysterious, and he usually likes an enigmatic and seductive woman. A Sagittarius woman is sunny, open, and bold, so she’s not the type of girl a Scorpio guy typically goes for.

A Sagittarius lady usually likes a boisterous, rowdy guy, but she can’t help but be intrigued by the quiet, brooding Scorpio guy sitting alone in the corner.

Her charming and flirtatious personality will win him over quickly, and even if the Scorpio man is ignoring the Sagittarius woman, she will manage to bring him out of his shell and get him to talk to her.

Once she devotes her attention to him and makes him feel special, it won’t be long before the Scorpio man is obsessed with the Sagittarius woman.

She will bring him into her group, and since feeling welcome and included is so important to a Scorpio guy, he will appreciate the way she integrates him into her social circle.

The Scorpio man will pull the Sagittarius guy away from the crowd so they can get to know each other in private, and the Sagittarius lady loves how he is intensely devoted to her.

Both of these signs move quickly in relationships one they catch feelings, so it won’t be long before they are coupled up.

Communication is a critical aspect of any relationship. Unfortunately for Scorpio and Sagittarius, their romantic relationship will be fraught with miscommunications and misunderstandings.

He is also very articulate and can use his silver tongue to convince anyone to do his bidding. He loves power and control, so he frequently uses his communication skills to get what he wants.

If a Scorpio man isn’t trying to be manipulative, he can be very harsh and direct. He drops his persuasive act in favor of brutal honesty.

A Sagittarius woman is similarly persuasive and honest, but she isn’t manipulative or controlling.

Unlike her Scorpio partner, she is an open book. She tends to overshare and blurt out every thought and opinion that pops into her head.

Scorpio and Sagittarius arguments arise when the Sagittarius woman accidentally hurts her Scorpio partner’s feelings with her sharp tongue.

While he appreciates her honesty, he wishes she could soften her approach and be more tactful when sharing her opinions.

He also dislikes her disregard for his privacy. She will tell anyone and everyone about the most intimate details of their relationship while he prefers to keep these things between them.

A Scorpio man and a Sagittarius woman experience the greatest obstacles in their relationship when they are faced with emotional issues.

These two signs have completely different emotional dispositions, and these differences do not complement each other well.

A Scorpio man tries to hide his vulnerability because he doesn’t want to appear weak, but he is secretly extremely emotional and sensitive.

He forms deep emotional attachments quickly and he gets his feelings hurt easily. He needs a partner who will be sensitive to his emotional needs.

A Sagittarius woman isn’t very sensitive and she doesn’t get her feelings hurt frequently. She also doesn’t care too much about other people’s feelings.

This doesn’t mean that she’s cruel and hateful. Sagittarius is a very warm and friendly sign, so she would never intentionally hurt somebody.

But she can be careless and tactless, occasionally hurting people with tasteless jokes and rude comments.

A Scorpio guy is very sensitive to these types of digs, and he will lash out at his Sagittarius partner when she accidentally upsets him.

She will feel like he is constantly walking on eggshells around him. She will dislike having to edit herself so heavily just to avoid saying the wrong thing that will set him off.

Trust is also a huge barrier in the typical Scorpio-Sagittarius relationship. Trust is of the utmost importance to a Scorpio guy and he needs a partner who never lets him down.

While a Sagittarius woman won’t lie to her Scorpio partner, she is too free-spirited and unreliable for him to fully trust her. She is unpredictable and won’t always be there for him when he needs her.

The Sagittarius woman will trust her Scorpio partner at first, but she will lose faith in him when she sees evidence of his secretive and sneaky behavior.

He enjoys being mysterious and hiding things, which she will perceive as being deceptive. He also likes manipulating people, so she will have trouble trusting his intentions toward her.

Having a strong mental connection is as important in a relationship as having a close emotional bond.

The mental compatibility of Scorpio man and Sagittarius woman is strong because these are both smart and intellectually curious zodiac signs.

A Sagittarius man has a powerful mind. He is highly observant and notices things about people and his surroundings that others often miss.

He is interested in knowledge that will help him gain power, and he also likes to throw himself into a subject he is passionate about to learn as much information on that topic as possible.

Sagittarius is the zodiac sign of travel, higher learning, and philosophy, so a Sagittarius lady is naturally curious about other cultures and the world around her.

She loves traveling to explore exotic places and try new things. She is well-read but prefers to learn through practice and experience rather than reading secondhand accounts.

If they can find topics they are both interested in to bond over, a Scorpio guy and Sagittarius girl will enjoy meaningful, thought-provoking conversations.

As long as they have some common interests, their mental compatibility will help strengthen their relationship and bond them more closely together.

A Scorpio man and a Sagittarius woman are sexually compatible because sex is equally important to them in a relationship.

Scorpio is known as the sexiest sign of the zodiac, and a Scorpio man uses sex to create intimacy and communicate with his partner.

A Sagittarius woman is very physical and energetic, and she has a high libido. She needs the physical release of sex to feel happy and fulfilled in a relationship.

They are both affectionate and loving signs, so they won’t be able to keep their hands off each other, even in public. This couple won’t shy away from PDA and they love showing off their intense sexual chemistry.

Scorpio and Sagittarius in bed are very passionate and fiery. A Scorpio man is great at pleasing his lover while meeting his own needs, and the Sagittarius woman will hypnotize the Scorpio man with her sexual prowess and confidence.

Their libidos and staminas are excellent matches for each other, but they differ in terms of emotional attachment.

A Scorpio guy craves true intimacy with his partner and enjoys sensual, loving sex just as much as hot, carnal hookups.

A Sagittarius woman fears deep emotional connections because they threaten her freedom and individuality.

Their similarities and differences when it comes to sex could mean that, for Scorpio and Sagittarius, friends with benefits might be the best type of sexual relationship they could hope for.

A Scorpio guy won’t get the intimacy and fulfillment he needs from sex with a Sagittarius woman, while she will feel burdened and suffocated by his emotional demands.

Although their relationship has some strengths and these two star signs aren’t completely inharmonious, the overall Scorpio man Sagittarius woman compatibility is poor.

They simply have too many differences that are too great for them to overcome, and their dissimilarities tear them apart instead of complementing each other.

A Scorpio guy needs a partner who understands and appreciates his sensitive and emotional nature, and a Sagittarius woman will never be that type of person.

The Sagittarius lady needs a lover who will respect her freedom and let her be her authentic self without trying to control her, and a Scorpio man is too domineering and emotionally dependent for her.

These star signs could enjoy a friendship or a casual sexual relationship, but as a romantic couple, their bond is unlikely to be strong enough to last.