Scorpio Men in Relationships – What You Need to Know 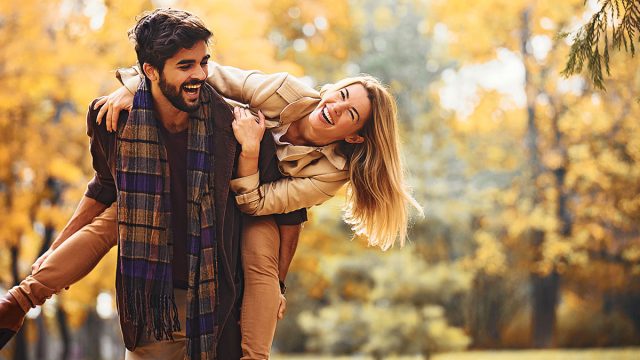 For a Scorpio man, relationships are a vehicle for experiencing deep levels of intimacy. This doesn’t mean he only cares about sex.

Yet Scorpio men want their relationships to be deep, meaningful and intense. You need to understand how they view relationships.

When you see the signs that a Scorpio man has feelings for you, you can rest assured he’s going to persevere until you’re with him. He can become obsessed.

When a Scorpio man touches you, it can feel electrifying. When he likes you, a Scorpio man feels an intense psychic connection. He feels he’s found his soul mate.

In the early stages of dating a Scorpio man, he will admire you from a distance. He loves the chase. Once he’s secure, he won’t want to leave your side.

He Needs to Keep Secrets

What a Scorpio man wants in relationships is intimacy, loyalty and honesty. From you, he expects devotion and complete honesty. Yet he holds a double standard. He will keep secrets, but he wants to know all of yours.

How does a Scorpio man show love? He will keep your confidences and will find out all he can about you. He’ll research you as if you were his favorite topic. He doesn’t invest this energy if he doesn’t care.

Also, a Scorpio man may keep some aspects of his life a mystery, but he’ll want to know what you’re doing at all times. He will become possessive and jealous easily. He’ll check in with you and will jump to conclusions if you don’t answer his texts.

When a Scorpio man loves you, he’ll expect you to automatically share every aspect of your life with him. He will still need some down time to recharge as he gives his all in relationships. He’ll open up to you, but will keep strong boundaries.

When you hit a roadblock with a Scorpio man, it’s best to not try to tear down his walls. Instead of trying to get him to give up his deepest secrets, it’s better to let him keep a few things secrets.

If you want to know how to tell if a Scorpio man really loves you, pay attention to how he pursues you. A Scorpio man in love will come close to stalking you, even if he does so from a distance.

Other Scorpio man in love signs include his pattern of bragging about his status. In overt or covert ways, a Scorpio man will try to impress you. He will try to keep a vantage point of knowing more about you than you know about him.

Scorpio men in love go through a pattern in which they want to discover all their love interest’s secrets. Yet this will make them become bored. A Scorpio man can’t resist mysteries.

Yet his compulsion to unearth your deepest secrets is the very same compulsion that leads him to become restless and bored in a relationship.

If you’re serious about a Scorpio man, let him unravel some of your layers, but make sure you still have many more secret and mysterious levels that will keep him coming back for more.

Understanding the Scorpio man in love can be confusing, but if you get to know his common Scorpio man traits, you’ll better understand why he can be so intense one moment and cold the next.

It’s unwise to trifle with a Scorpio man. He has a well earned reputation for having a brutal, defensive side. He will not forgive a slight or insult. If you don’t tread carefully, you can trigger a Scorpio man’s anger.

He may not make a big deal at first when he is upset. Initially, he’ll keep a score card in his mind, tallying up all the times you’ve hurt him. He will also keep track of your vulnerability and secrets.

This gives him a formula for revenge if he ever needs to seek this option. Scorpio men can be loving and protective, or possessive and resentful. It is best to avoid triggering his anger.

One thing a Scorpio man won’t tolerate is any form of dishonesty. He is highly sensitive. An outright lie will make him leave without hesitation.

Yet even a subtle lie, white lie or something he believes is a lie will cause a Scorpio man to make a fuss. He has a reputation for insisting he has caught you in a lie even when you’re being honest.

Always be upfront with a Scorpio man. He has major trust issues. This is one of his biggest issues in relationships. His fear of being betrayed will lead a Scorpio man to sabotage a relationship even when he’s in love.

By being open, honest and consistent, you can reassure a Scorpio man that he can trust you. Yet there is no guarantee that a Scorpio man will trust you, especially if he’s recently been betrayed by a past partner.

Scorpio men can be aloof to protect themselves. But he needs emotional connection. It’s something he actually craves. He wants to be the top priority in your life when he’s with you.

He expects complete loyalty and transparency as he sees this as part of the deeper emotional connection. When you open your heart to a Scorpio man, he can listen for hours.

He prefers to listen quietly because it is his way of finding out all your deeper secrets. A Scorpio man needs to feel this connection as he feeds off this energy. He will want to know what pushes your buttons.

This gives him a sense of power over you. Scorpio men can be emotionally manipulative. They can use this manipulation to make you fall in love with them, or to put you on a guilt trip.

A Scorpio man needs to feel like he has a special bond with you. Even if he knows you’ve loved other guys, he never wants to be reminded of this. Treat him like he is your first source of emotional support and connection.

Sex is Important to Him

Sex is one of a Scorpio man’s favorite vehicles for experiencing intimacy. This doesn’t mean he is only interested in sex. Yet sex is important to him.

In a relationship, sex is an extension of his feelings. He uses sex as a form of communication. If your sex life is dragging, your Scorpio man may feel rejected. If he’s losing interest in sex, it’s a red flag.

When a Scorpio man starts to cool off in a relationship, specifically, when he stops showing an interest in sex, he may be shutting down emotionally as well. He may have lost interest.

You may enjoy sex with your Scorpio man, but he thrives on the sexual connection. To him, it is more than just a fun time. He sees sexual interactions as a way to show off, to impress you and to find validation.

He Has a Jealous Streak

A Scorpio man’s weakness in love is his jealous side. As much as he tries to convey an image of power, he can be quite insecure in relationships. Scorpio men can become jealous of your ex, your friends or your colleagues.

Knowing that you work with a charming, good looking man, can make a Scorpio man feel jealous. He may automatically assume that you will find someone else more attractive, successful, or powerful than him.

A balanced, stable, mature Scorpio man has long since learned to control his jealous temper. Yet many Scorpio men damage relationships on their way to learning this lesson.

He Can be Manipulative

Scorpio men can be manipulative. This is a byproduct of their intense intuition, sharp intellect and emotionally savvy nature. Scorpio men are often drawn to professions like lawyer or psychologist because they can manipulation to help people.

Yet their manipulative side can be a downfall as well. Scorpio men will stop at nothing to get their way. They will go to extremes to prove a point. They will have the last word and the last laugh.

A Scorpio man can be manipulative and can use guilt and gaslighting effectively. He may convince you that up is down. He can also be slick and sneaky.

A Scorpio man has a knack for digging deep into your subconscious and revealing your deeper secrets. He may keep your secrets forever or use them against you if you make him angry.

He’s More Sensitive Than He Acts

Scorpio men are fearful of rejection and abandonment. He also fears being made a fool. This is part of the reason he tries so hard to maintain an upper hand in any relationship.

A Scorpio man will overanalyze a comment you make because he’s reading too much into your statement. He may take subtle statements the wrong way and feel hurt or rejected when it wasn’t necessary.

He won’t let on that he’s hurt. Instead, a Scorpio man will try to keep a confident exterior. He will blame others or try to make himself seem more powerful and in control than he actually feels.

How to Talk to a Scorpio Man About FeelingsWhy is Scorpio Man Slow to Commit to a Relationship?
Hello, I'm Liz