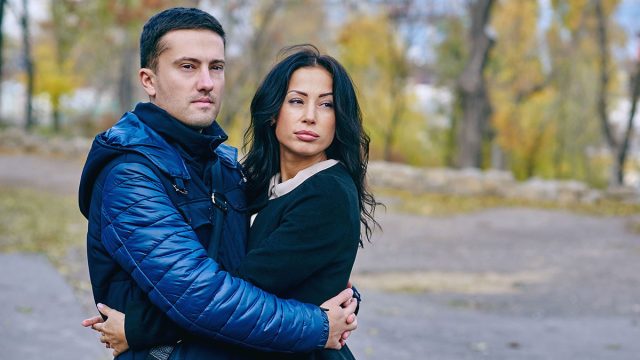 When it comes to a Scorpio man, PDA is a particularly tricky subject because this zodiac sign is loving and passionate, yet restrained and conservative.

So, does he like public displays of affection or not?

Scorpio is one of the most complex and paradoxical signs of the entire zodiac, so it’s no wonder that you may have a hard time discerning whether or not he enjoys PDA.

Some signs have no problem getting physical with their loved ones in public, while others prefer to keep all romantic interactions private.

You can figure out what a Scorpio man’s PDA style is by looking at his zodiac sign’s typical personality traits and behaviors in love.

They Are Passionate in Public

Scorpio is one of the most intense and passionate signs of the entire zodiac. Although a Scorpio man doesn’t engage in PDA often, when he does, he doesn’t hold back.

Scorpios aren’t very touchy-feely with most people. When they first meet someone, they are more likely to offer a handshake than a hug or a kiss on the cheek.

Even with close family members and friends, Scorpios like to have some personal space and they aren’t very affectionate.

But a Scorpio man in love has no problem making as much physical contact as possible with his partner.

When a Scorpio man touches you, whether it’s in public or in private, it’s a sure sign of his feelings for you.

He doesn’t feel comfortable snuggling up with just anyone, so you need to understand that it’s a big deal for him to be so cuddly and affectionate with you, even if it’s just when you are alone together.

They Can’t Help Themselves

One of the greatest Scorpio paradoxes is that people born under this complex sign are passionate, aggressive, and lustful, yet at the same time, they are restrained, conservative, and secretive.

As much as they try to restrain themselves, a Scorpio man’s emotions may get the best of him, making him more affectionate in public than usual.

A Scorpio man in love can’t control himself and won’t be able to keep his hands off of you sometimes.

If he can’t help but kiss your cheek or clutch your hand in front of others, it’s one of the signs that a Scorpio man has feelings for you.

When you are the one person who can make a Scorpio man lose control of himself in public because he’s so in love with you, then you should feel very special, indeed.

They Try to Be Restrained in Public

The reason why Scorpio men don’t love PDA isn’t that they are embarrassed by their partners or care what anyone else thinks.

It’s because they like to be mysterious and enigmatic, so it’s important for them to keep their romantic lives private.

A Scorpio man loves showing off his partner and telling the world that she belongs to him but rarely through public displays of affection.

A Scorpio man hugs you gently in public, but cuddles and spoons with you in private. He likes to practice self-control in public and prove that he can restrain himself.

They Are Wild in Private

For a Scorpio man, expressing feelings through physical touch is one of his favorite love languages. He would just rather save intimacy and extreme displays of affection for private moments with his partner.

He might not make out with you in front of his friends, but there is nothing a Scorpio man won’t do with you – or to you – when you’re alone with him.

Don’t let a Scorpio man’s cold and aloof public facade fool you. He is wild and passionate when you get him alone.

No matter how restrained he is in front of strangers, friends, and family, he is a freak in bed and won’t be able to keep his hands off of you in private.

They Prefer Affection When Alone

When you are dating a Scorpio man, you should know that while he might not be the most touchy-feely person in public, he will give you all the attention and affection you could ever want in private.

If you crave physical touch and need it to feel loved, your Scorpio man can fulfill your wants and needs. He just prefers to do it in private rather than in front of other people.

If you want a Scorpio man to be obsessed with you, be affectionate with him in private, but exercise self-restraint in public.

He wants a partner who is confident and secure enough that she doesn’t need to cling to him when they are out in public.

He is very loving and devoted and doesn’t want his woman to question their connection or worry that his lack of PDA means anything is wrong with the relationship.

He may not enjoy over-the-top public displays of affection, but that doesn’t mean that a Scorpio guy doesn’t like a little bit of PDA. When he really cares about someone, he will show it with mild PDA.

If he takes your hand while you are walking together or puts his arm around you in front of his friends, these are some of the signs of a Scorpio man in love with you.

Don’t be offended when he keeps his affection light in public and heavy in private. He’s not embarrassed by you or the relationship, he’s just a discreet person.

When your Scorpio man briefly kisses you in public, don’t try to turn it into a full-blown make-out session.

But if you want to keep him happy, give him a loving squeeze or a quick peck in public, and save your more passionate displays of affection for the bedroom.

If you are feeling amorous when you are out in public with your Scorpio guy, he would prefer for you to tell him rather than show him.

Instead of draping yourself all over him or smothering him with kisses in front of his friends, just give him a quick kiss on the cheek and whisper something naughty in his ear.

What a Scorpio man wants to hear is that you are having a hard time keeping your hands to yourself and you can’t wait to ravish him later.

He doesn’t need you to show him, and everyone else around, how you are feeling by using excessive PDA.

Their PDA Can Be Inappropriate

Although most Scorpio men try to practice restraint in public and not get too touchy-feely, sometimes a guy born under this lustful sign can’t control himself.

Scorpio is perhaps the most sexual sign of the entire zodiac. Sex is very important to Scorpios and they have strong libidos.

If a Scorpio man has lowered inhibitions, such as when he is drinking, his PDA may become uncharacteristically excessive and even inappropriate.

When he loses self-control, there is no stopping a Scorpio man from showing you just how much he loves you with his touch, no matter who is watching.

They Use PDA Possessively

Although he’s not the biggest fan of PDA, a Scorpio man is not above using public displays of affection to get what he wants.

If he is extremely affectionate right away before he knows you well, it could be one of the signs a Scorpio man is playing you.

Excessive PDA isn’t a Scorpio guy’s normal style, so he could be using you to try to make another woman jealous.

If he’s in love with you, a Scorpio man also might use PDA when he wants to mark his territory.

If another guy is flirting with you at a bar, your Scorpio man will probably come up and start kissing your neck or grabbing your waist to show the other guy that you are already taken.

They Think PDA Exposes Their Vulnerability

One of the biggest reasons why Scorpio men don’t love public displays of affection is that they think showing their sappy side makes them look weak.

Although they don’t really care too much about what other people think, they always want to appear strong and invulnerable.

He never wants to reveal more about himself than is absolutely necessary, and he doesn’t want anyone besides his partner to see his tender, romantic side.

Being in love naturally makes you more vulnerable because it gives the person you love the power to hurt you.

What hurts a Scorpio the most is when his partner pushes him away, especially if she does it in public. He is unbothered by rejection from strangers, but the woman he loves has the power to break his heart.

Scorpios feel their emotions very deeply, although they try not to show it. If he tries to kiss you and you ignore him, especially in front of his friends, it embarasses him and makes him feel unwanted.

A Scorpio man is very calculated and careful, so avoiding PDA is part of his carefully constructed public image.