How do You Get a Scorpio Man to Open Up? 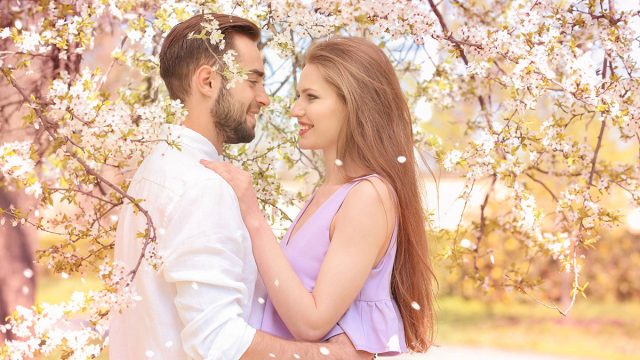 To get a Scorpio man to open up isn’t hard. You have to be patient at first.

Yet a Scorpio man will usually go from aloof to obsessed once he feels secure. You just have to wait out his defenses.

When a Scorpio has a crush on you, he’ll want to open up. He doesn’t like keeping his feelings contained. He may act secretive at first.

Yet when he’s serious about you, he’ll want to pour his heart out. A Scorpio man longs for deep, intense connection. He doesn’t want to be vulnerable.

But he will start to open up in order to make this strong, deep connection. The key is to give him a chance to get comfortable with you.

Of you see signs that a Scorpio man is using you, you may want to corner him and ask about his deeper feelings. This can backfire. Instead, the best thing to do is to be consistent. This will help him trust you.

The more you show a Scorpio man that you are consistent and reliable, the more he will become comfortable. He’ll open up and share his deeper feelings with you.

When you see signs that a Scorpio man has feelings for you, you can rest assured he will open up to you in time. Show your Scorpio man that you are consistent and attentive to him. He’ll talk about his deeper feelings.

A Scorpio man will open up and show greater vulnerability in time. He won’t reveal all of his secrets, though. Scorpio men love to be an enigma. Don’t try to tear all his walls down.

When a Scorpio man touches you, you may feel a powerful, intense connection. A Scorpio man will feel this too. He’s intuitive and sensitive. Scorpio men have major trust issues.

The more you go out of your way to prove that you are trustworthy, the more you can encourage your Scorpio man to open up. When you see signs a Scorpio man is not interested, it’s best to respect his boundaries.

This is another way to earn his trust. Don’t try to intrude on his boundaries or entice him to change his mind. Show him you can be counted on to respect his feelings, even if you don’t like what he says.

Don’t Focus on His Feelings

How do you know when a Scorpio man likes you, what gestures should you look for? Watch for a Scorpio man to take an intense interest in you and show his desire for you.

Although you want him to open up and share his feelings, don’t focus on his feelings. This will be the best way to get him to shut down, and that’s not what you want. If you don’t treat his vulnerability like a target, you’ll have more success.

Scorpio men want to open up and reveal their emotions in their own timing. If you rush him to open up, or if you focus on trying to get him to reveal his deepest secrets, you’ll scare him away.

Focus on nurturing your connection with him without trying to pull down his defenses. He’ll feel confident and secure and this will put him at ease. This is the path to getting what you really want.

Your Scorpio man doesn't love you anymore? Don't be so sure!

When a Scorpio man wants you, you can get him to share his feelings by acting less interested than you are. Don’t give him the impression you don’t like him. Just don’t show him how intense your feelings are.

You can act less interested by staying aloof. This will encourage a Scorpio man to pursue you. You can get him to open up as he’s in the process of chasing you.

A Scorpio man will become more interested in you when he doesn’t have to worry about being dominated or overwhelmed in a relationship. Don’t smother him with attention and he’ll open up.

How does a Scorpio man act when he likes you? He will pursue you and show his passion. He may be secretive about his interest at first. Yet it won’t take long for a Scorpio man to act intense and romantic.

He has more than a few skeletons in his closet. A Scorpio man will carefully observe how you react to the shocking things he shares with you. He’ll test you. If you judge him or can’t handle his secrets, he’ll shut down.

He won’t trust you with his deeper secrets if you don’t show him you can accept his more benign quirks. Scorpio men have a dark side. They want to know you can still be compassionate and supportive.

Reward Him for Small Steps

When you see the signs a Scorpio man is in love with you, reward him for opening up. Show him compassion, empathy, validation and affection. Don’t dig for more if he is already opening up at his own pace.

Take small steps and encourage your Scorpio man by helping him feel heard and supported. When he takes a small step forward, acknowledge that it is a big milestone for him.

Go at his pace rather than trying to force him to move faster to keep pace with what you want. It may be frustrating, but it will be worth it in the long run. Recognize the small steps a Scorpio man is taking to open up to you.

When a Scorpio man sees that you are willing to take your time and make sure he feels secure, it will actually help him open up more. In contrast, he will fight against any attempts to manipulate his feelings.

How do you know when a Scorpio man is done with you? The biggest sign to look for is his sudden silence. If he blocks you or ignores you for a long time, it’s a bad sign. This may be a result of his confidences not being kept.

Your best bet to protect against this happening is to keep his secrets. Make sure your Scorpio man knows you take his privacy seriously. Don’t tell stories about him to others. Keep your encounters private.

Sometimes it seems like a Scorpio man is keeping you a secret. He’s not. He’s simply keeping his personal business private. He will keep the intimate details of his life to himself, including his relationship with you.

Respect his need for secrecy and a Scorpio man will be more likely to open up to you. When a Scorpio man shows you his deeper feelings and shares personal details of his life, be sure to avoid revealing this information to others.

Never put pressure on a Scorpio man. If he feels backed into a corner, he won’t be convinced to open up. He will only be convinced that you don’t understand him and don’t respect him.

He may end the relationship altogether. He may also shut down even more, making it even harder to get to know his deeper feelings. Instead, show your Scorpio man that he can control the pace of the relationship.

Give your Scorpio love interest time to get comfortable. When it comes to patience, an extra investment of time upfront will actually save you time later in the relationship.

In other words, when you stand by patiently waiting for him to open up and reveal his deeper feelings, you’ll be rewarded. He will take his time initially. But then he will pursue you passionately.

He will pour his heart out, reserving only a few secrets that he reveals to know one. Rather than diving down deep to get to his inner secrets, let him have his privacy.

Give your Scorpio man time to decide that he feels secure with you. You may need to wait for him as he will want to play games and test you. .The way to pass the test is to be patient and give him space.

Security and trust are huge for a Scorpio man. Don’t try to blast through a Scorpio man’s boundaries. This will only make him push back even more.

Respect a Scorpio man’s limits and boundaries. They exist for a reason. A Scorpio man needs to feel safe in an intimate relationship. His ultimate goal is to drop his defenses and connect with you intimately.

Yet when you try to get a Scorpio man to open up before he is ready, you may alienate him. He will feel like you can’t be trusted to give him space in the relationship when he needs it.

The best thing to do is be confident in yourself and not try to push your Scorpio man too far. Be aloof enough to make a Scorpio man want to chase you.