7 Important Signs a Scorpio Man is Not Interested in You 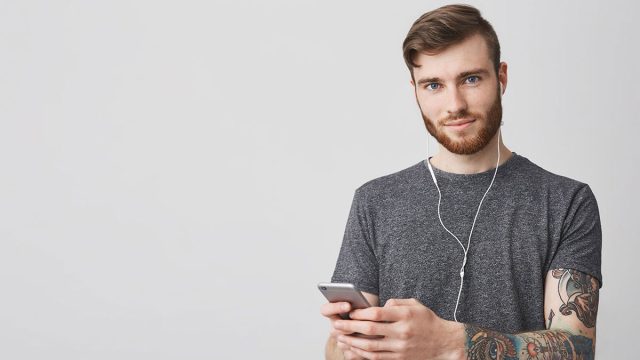 When a Scorpio man is not interested in you, you won’t have to second guess the signals he gives you.

A Scorpio man will make it clear when he’s not into you. He won’t want to lead you on.

When you see the signs that a Scorpio man has feelings for you, it’s clear. He’ll chase you outright or admire you from afar. When he’s not interested, he’ll practically ignore you.

If you think you see signs a Scorpio is playing you, trust your instincts. If he’s not interested in a relationship, he’ll only talk about sex. If he’s not into you, he’ll avoid you.

If you follow a no contact rule with a Scorpio man, you’ll be able to see if he’s interested. If he likes you, he’ll chase you. If he doesn’t, he’ll ignore you.

If a Scorpio man misses you, he will come around and pursue you. When he likes you, he’ll be too possessive to go quiet for long. When he’s not interested in you, a Scorpio man will go to great lengths to give you this hint.

Though he is not a mean person, he is not afraid to be cruel in order to get his point across. If a Scorpio man is cruel, sarcastic or belligerent toward you, it is a good sign that he is not interested in you.

Usually, he will first show you his lack of interest through his silence. He hopes you’ll take the subtle hint and move on. If you try to get him to open up, you’ve misread this signal. He’ll get sarcastic and cruel to discourage you.

This is a clear sign to move on and not expect your Scorpio love interest to change his mind. Scorpio men are legendarily willful. It’s best to take this as a sign he’s not interested and move on.

When a Scorpio man touches you, you may feel like he feels the same connection you feel. Yet you can’t measure his interest by this alone. You’ve got to look at the bigger picture.

If your Scorpio love interest puts you down, for example, it’s a clear sign he’s not interested in you. Scorpio men are highly intelligent. They know that if they don’t treat you right, you’ll move on.

When he really likes you, he’ll go out of his way to protect your connection with him. He won’t say or do anything that would belittle or hurt your feelings.

If he puts you down or is not fully supportive of your dreams, your Scorpio love interest is not interested. It’s best to move on and leave him alone. If he says he loves you and still puts you down, he’s got control issues.

This can be common for some Scorpio men. He is known for being emotionally manipulative. It’s best to stay away from a Scorpio man who does this.

If a Scorpio man stops communicating, it could be a sign he’s mad. The best thing to do is give him a few days, then reach out to him to try to make peace.

If he still ignores you and doesn’t respond, it’s a sign he’s not interested. It’s imperative that you not pursue him if this happens. A Scorpio man won’t change his mind if you chase him.

When a Scorpio man ignores you, his actions speak louder than words. He is telling you he doesn’t want a connection. He’s not interested in a relationship. It is best to not waste your energy trying to change his mind.

Maybe he’s gone quiet before periodically. How do you know when a Scorpio man is done with you? He’ll ignore you for prolonged periods of time and he may outright block you.

When he blocks you on one device or platform, the absolute worst thing you can do is try to pursue communication through other channels. Messaging him on a different platform to ask why he blocked you is pointless.

The meaning he is expressing should be clear. A Scorpio man will block you, ignore you, and stop responding to all communication, when he no longer wants any form of contact with you. He doesn’t feel he owes you an explanation.

Sometimes a Scorpio man acts like he doesn’t care when he really is attracted to you. He does this to hide his vulnerability. Yet if he really doesn’t like you, he’ll discourage you from pursuing him.

He’ll try to be polite before going to greater extremes such as blocking or ignoring you. He may make it clear he’s not looking for a relationship or he’s not over his ex.

He’s being honest with you about the fact that he is not interested in a relationship with you. This is about as polite and direct as a Scorpio man can get, so take his words to heart.

If he likes you as a friend but not as a girlfriend, he may try to do you a favor and gently discourage you. He may suggest you pursue a mutual friend who would be a better fit.

A Scorpio man who likes you will never do this. He’s too jealous and possessive. But if he doesn’t have romantic feelings for you and wants you to be happy and move on, he’ll try to redirect your attention.

Understanding the Scorpio man in love can be confusing. He’s a complicated person. Yet he’s also one of the most honest men in the zodiac. Pay attention to what he tells you directly.

A Scorpio man will tell you clearly when he’s not interested. When he’s done tiptoeing or when he sees that his attempt to be diplomatic is failing, he will make it clear he isn’t interested.

He may send this message as a text so that there is no need for a confrontation. He may tell you outright to your face, while keeping a level, aloof tone.

When a Scorpio man tells you directly that he is not interested in you, don’t try to argue with him. It won’t work. A Scorpio man won’t let anyone else change his mind. He needs to remain in control.

A Scorpio man will try to be direct but if this doesn’t work, he’ll stoop to more aggressive tactics to try to discourage you or even scare you away. He may start to insult you in an effort to get you to move on.

Scorpio man compatibility can give you an idea of which signs he will be likely to get along with. But each Scorpio man is an individual. Just because your signs are compatible is no guarantee he will like you.

Insisting on a relationship with a Scorpio man who shows you he is not interested is pointless. If you push him too far, trying to get his attention, he’ll go on the defensive.

When he goes on the defensive, he’ll use the infamous Scorpio’s sting to retaliate. He will make you uncomfortable or become passive-aggressive.

He’s not looking for you to save him. He’s trying to deter you. He’s actually attempting to push you away. A Scorpio man will not do this if he likes you. When he uses your vulnerability against you, he doesn’t like you.

He may have respected you at some point or thought it was important to protect your secrets or keep a polite distance. But if he feels you are overstepping his boundaries, he will fight back.

You may not want to fight with him, but if he doesn’t see that his subtle attempts to show he doesn’t like you are working, he’ll go into fight mode. Going on the defensive can make him assertive, aggressive, or passive-aggressive.

When a Scorpio man goes silent, he’s not encouraging you to chase him. He’s being clear that he doesn’t like you. Often, if a woman doesn’t want to accept this, she can make up excuses for a quiet Scorpio man.

She’ll wonder if he’s just shy. She may even tell herself that he’s so in love with her it scares him. All of these excuses only complicate a very simple matter. If a Scorpio man wants to be with you, he will.

If he doesn’t want to be connected to you, no matter your relationship in the past, he’ll disappear. Even if you were dating, even if he seemed happy, even if you had plans for the future. If a Scorpio man doesn’t like you, he’ll go silent.

A Scorpio man uses silence to get his message through. He will try to block any expectations you have for a future relationship by simply stalling, going silent and not giving you a chance to further communicate with him.