What Happens When a Scorpio Man Gets Mad? 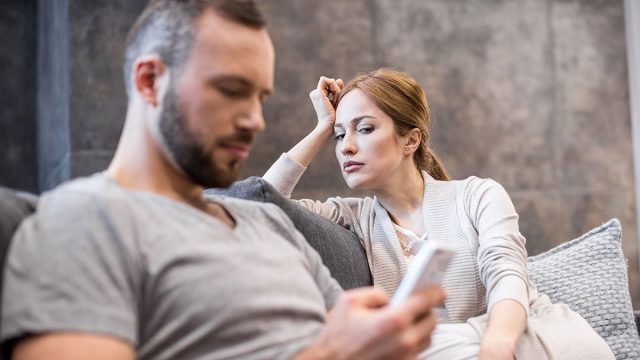 If you’ve been around when a Scorpio man’s mad, you know it can lead to a big scene.

He can either give the notorious Scorpio man silent treatment or blow up and show his fury.

You may have heard a Scorpio man always comes back. This isn’t always true. If you don’t respond to his anger in just the right way, he may go quiet for good.

You need to know how to deal with a Scorpio man ignoring you. When he’s angry, the rules change. You will need to play peacekeeper to get him back.

If you’re wondering how to deal with a Scorpio man when he becomes distant, understand that he may be angry about something but not outwardly state it.

One of the early signs a Scorpio is angry is his icy silence. He may suddenly shut down and become cold when he’s mad. This is not the only reason he goes quiet, but it is a major one.

When a Scorpio man stops responding, he’s often letting his anger simmer. This may seem to you like he’s not that angry. You may assume that if it is really important, he’ll say something. This isn’t true with a Scorpio man.

The longer he sits in silence, the more a Scorpio man has time to brood over whatever it is that has caused his anger. He may ruminate over a situation and make the incident into a bigger deal than it really was.

He may become even more convinced of his righteous anger during these silent periods. A Scorpio man may go to extremes to get his message across. When you’ve crossed a line and made him angry, he can be unforgiving.

He can feed off his own anger. When he lets it simmer, he can fuel himself with his anger. This can lead him into a downward spiral. Even if he loves you, a Scorpio man will go on the defensive when upset.

If you know how to make a Scorpio man chase you during good times, be prepared to change strategy when he’s mad. The same approach won’t work. An angry Scorpio doesn’t chase.

He’ll distance himself and insist you come to him. This is his passive-aggressive way of handling his anger. How does a Scorpio man act when you ignore him? He will outlast you. His willpower is legendary.

A Scorpio man will hold out until he gets his way even if it takes a lifetime. Call it a Scorpio silence test. He believes that if he holds out long enough, you’ll come back to him and tell him what a Scorpio man wants to hear.

He’ll convince himself that if you don’t play the game by his rules, then you weren’t serious about him in the first place. This may seem immature, but it is how a Scorpio man maintains control in a relationship.

When a Scorpio man stops communicating, it’s a signal he expects you to run back to him. He wants to see you make the effort to soothe his hurt feelings or coax him out of his shell.

A Scorpio man will usually pull away at first when he’s angry. He knows he has a destructive side and will try to make sure he can suppress his deeper rage.

He pulls away to rationalize his anger. If he can’t make sense of his anger, he’ll look for someone to blame. He may project his anger onto you, even if he loves you.

He’ll wait for an apology. A basic apology just won’t do. He will expect whoever he sees as at fault to grovel before he decides whether or not to forgive them. Once forgiven, his mood will lighten again.

He may not actually say “I forgive you.” What’s more, he may expect you to apologize even if his anger is not your fault. He wants to maintain control of the situation.

He’ll Give the Cold Shoulder

If your Scorpio man doesn’t receive an apology or if you don’t go running to soothe him in just the right amount of time that he deems appropriate, he’ll become even more passive-aggressive.

He’ll give you the cold shoulder. He may shut down emotionally altogether. You’ll feel a noticeable void where all his obsessive attention used to be.

When this happens, you’ll have to work even harder to get him to cheer up and move on from being angry. He can use his anger and silence as a weapon to punish others for not being attentive to his needs.

He May Explode in Anger

By the time a Scorpio man finally explodes, he’s already been walking around with a chip on his shoulder for days. Even weeks, possibly. If you don’t respond to his silence and if you don’t figure out how to soothe his hurt feelings, his rage can erupt.

He may lash out and blame you for things that were completely out of your control. He’ll project all of his anger onto you. He may go for your soft spot and use his knowledge of your vulnerability against you.

No holds are barred when a Scorpio man lashes out like this. He can use his words to tear someone down and won’t hold back if his anger reaches this stage.

Scorpio men collect grudges the way some guys collect cars or stamps. He may lash out when things get to be too much. When he does, he’ll bring up past resentments from years ago.

He may keep his rage in check but will definitely keep a mental list of offenses that he will remain angry about. He’ll keep tabs on all the things that have made him angry, even if he doesn’t speak up about them.

This can feel like he’s setting a trap. At some point, you’ll end up walking into the trap, but if a Scorpio man doesn’t tell you specifically what has upset him, you’re left guessing as to how to avoid making him angry.

Even when he’s in love, Scorpio men reserve some insecurities and trust issues. He waits for proof that you aren’t the best fit for him. Even if he could avoid the conflict, sometimes he doesn’t.

This is because he has a bad habit of sabotaging himself, especially in relationships. He would rather hold on to control through being able to pull away at any time, than risk things actually working out in the long run.

He’ll Show His Dark Side

A Scorpio man will show his dark side only if his anger is not addressed. If you refuse to play along with his games and don’t grovel and ask for forgiveness. Worse, if you insist on holding him accountable or push back.

A mature Scorpio man can handle this and will acknowledge that you are not singularly to blame for his anger. Yet many times, the average Scorpio hasn’t reached that level of emotional insight and gets caught in a cycle of blame and resentment.

When his deeper rage emerges, he can become ruthless. He may strike out with every weapon he has, but in a covert and sneaky way. He’ll try to ruin your reputation. He’ll try to turn your friends against you.

It may sound like the plot of a psychological thriller film, but this is also the style a Scorpio man uses to seek revenge when he doesn’t get his way. It’s the reason this sign is so feared even in spite of his magnetic charm.

A Scorpio man in his middle age will still spend time undermining someone who wronged him in his early twenties. He will still watch for proof that he has succeeded, and his adversaries are failing.

Whenever he can push to further covertly undermine someone who he feels has wronged him, he will. He’ll reveal your secrets or use them against you. He’ll destroy your prospects both in career and in love by ruining your reputation.

It may seem like a lot of energy to put into getting even, but to a Scorpio man, it’s worth it. This is the reason he develops a reputation as someone not to be trifled with. He is used to getting his way because his reputation precedes him.

Anyone who has gotten to this stage in facing a Scorpio man’s anger knows it is far better to try to make peace at an earlier stage. Once he goes to this extreme, there is no finding forgiveness.

Do Scorpio Men Fall in Love Easily?7 Important Signs a Scorpio Man is Not Interested in You
Hello, I'm Liz