How do You Make a Scorpio Man Laugh? 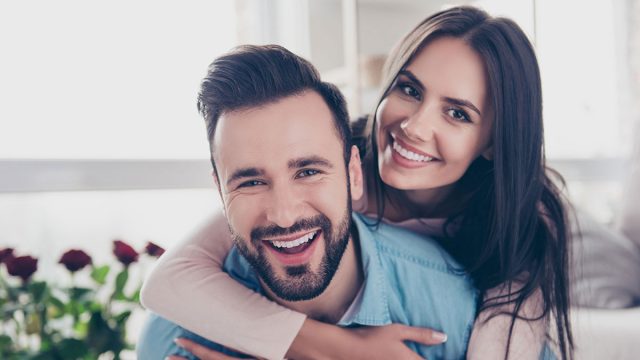 When you want to cheer up a moody Scorpio guy or just impress him with your humor, you need to know what makes a Scorpio man laugh.

What’s his sense of humor and what kinds of jokes does he enjoy?

Sharing a sense of humor is an important part of bonding with a partner and connecting in a relationship.

When you can laugh together, it makes you feel closer to your partner, and having a similar sense of humor can make you feel understood.

By knowing more about the typical Scorpio personality, you can learn what your Scorpio man’s sense of humor is and how to make him laugh.

Be Ironic and Sarcastic

Some signs are very literal and don’t understand or appreciate sarcasm, but Scorpio is not one of those signs.

Scorpios usually have an ironic sense of humor and love to make deadpan jokes. A Scorpio man has a dark and cynical personality, so it makes sense that he enjoys sarcastic humor.

Knowing when he’s joking or being serious is a good way to impress a sardonic Scorpio guy.

If you know when to laugh or when he is being sincere at the right moments, your Scorpio guy will see that you understand him and may start to fall for you.

Let Him In on an Inside Joke

Knowing that he uses comedy to create intimacy is an important part of understanding the Scorpio man in love.

A Scorpio guy is not the type of person who laughs at other people’s jokes if he thinks they aren’t funny. He won’t laugh just to make other people feel comfortable if his heart isn’t in it.

But when he laughs at your sense of humor and tries to crack inside jokes with you, it could mean that your Scorpio man is secretly in love with you.

On the other hand, if he never laughs with you or you get the sense that he is making jokes at your expense, it’s one of the signs a Scorpio man is playing you.

Know that inside jokes with a Scorpio guy are special and a sign of his affection for you. If he thinks you are funny enough to share a private joke, he might have feelings for you.

Make Fun of His Enemies

Some signs don’t like to talk about other people or make fun of them behind their backs, but Scorpio isn’t one of those signs.

Scorpios love nothing more than poking fun at people they dislike or consider inferior. When a Scorpio has a crush on you, he will try to create a bond between you by making fun of a mutual enemy.

If he takes on your enemies as his own, it’s one of the signs that a Scorpio man has feelings for you.

As catty as he can be, you don’t have to worry about your Scorpio guy talking unkindly about you behind your back. If he loves you, he would never disrespect you that way.

Get your Scorpio man back after a breakup thanks to this short video.

Don’t Make Him the Butt of the Joke

If you make a casual joke at his expense and your Scorpio guy doesn’t laugh, don’t take it as one of the signs a Scorpio man is not interested in you.

When a Scorpio man wants you to like him, he wants you to take him seriously. This means that he hates jokes at his expense from anyone, especially the person he admires the most.

If you make fun of him too much, even in a gentle, teasing way, your Scorpio man will get turned off and pull away from you.

His ego can only take so much, so avoid poking fun at your Scorpio guy if you want to keep him.

Give Him a Funny Surprise

Scorpios are highly intelligent and have powerful, active minds. They are always thinking and are highly observant.

Because they notice and overanalyze everything, it’s hard to get anything past Scorpios. You will find it’s difficult to surprise or keep a secret from your Scorpio guy.

If you can catch your Scorpio guy off-guard with your sense of humor and make him laugh unexpectedly, he will love that you can keep him on his toes.

When you want to surprise your Scorpio man in a funny way, be careful not to make fun of him or make him uncomfortable.

For example, you probably shouldn’t try to play a prank on him or embarrass him in any way.

But sending him a funny text message or video at an unexpected time, or giving him a hilarious card, will brighten his day and keep him guessing.

Although they are anything but shallow, Scorpios have refined and sophisticated tastes. They don’t care about labels, but they are drawn to anything high-quality and elegant.

For example, a Scorpio man is more likely to dress in a timeless, classic style that could fit in anywhere than to show off the latest trends.

He would rather save up his money and splurge on a nice phone or computer than keep having to buy cheaper ones that break or stop working quickly.

Because he has such refined tastes, a Scorpio guy dislikes low-brow humor. He won’t be attracted to a woman who uses physical comedy and toilet jokes.

When you want to make your Scorpio guy laugh, keep your jokes sophisticated and classy. Don’t resort to childish humor if you want to impress a Scorpio guy.

Don’t Be Afraid to Use Taboo Humor

While they don’t like gross jokes or rude humor, Scorpio men don’t shy away from taboo comedy.

You don’t have to worry about your Scorpio guy embarrassing you by making dark or taboo jokes in the wrong environment. He knows better than to say anything too far-fetched in the wrong company.

But a Scorpio man doesn’t want to have to censor himself with his partner, so don’t be surprised if his humor is different when you are alone together.

Scorpios enjoy exploring forbidden territory and embrace the darkness, and a Scorpio man’s sense of humor often reflects this.

If you can appreciate or at least accept his taboo jokes, your Scorpio guy will feel more comfortable with you and fall more deeply in love with you.

As one of the most sexual signs of the entire zodiac, it’s no surprise that Scorpios love sexual humor and dirty jokes.

If you are wondering, how does a Scorpio man show interest? One of the answers is that he will make a dirty joke just to see how you react.

If you laugh and reciprocate his naughty humor, he will take it as a sign that you are comfortable with him and he will continue to pursue you.

But if you react awkwardly and seem uneasy at his forwardness, he will believe that you don’t think of him in a sexual context and he should stay away.

Be Funny and Playful in Bed

A Scorpio man loves deeply and intensely. When he chooses a partner, he wants a mate for life.

He wants someone who can be his lover and his best friend. He not only wants the epic romance of his dreams, but he also wants to be able to play and joke around with you like pals.

A Scorpio guy is sensual and seductive, but he also knows how to be playful and humorous in bed.

Scorpios use sex to express themselves, so if your Scorpio guy is in a jolly mood, he might be jokey and flirtatious in the bedroom with you.

Sometimes your Scorpio guy will be silent and serious when it comes to sex, and other times he will laugh and tease you like a best friend.

It all depends on his mood, and if you can keep up with his mercurial nature, he will stay madly in love with you.

Use Witty and Clever Humor

Some men are intimidated by sharp, brilliant women, but a Scorpio guy actually craves a woman who is smarter than he is.

Scorpios are highly intelligent, so they appreciate a woman who makes witty and clever jokes. He wants a woman who is not only smart but also hilarious.

A Scorpio man’s ideal partner should be his intellectual equal, if not even more intelligent than he is. He gets bored with and finds it hard to respect someone he considers dense or ignorant.

But when a Scorpio man thinks you are smart, he will show it through the witty jokes he makes with you.

Sending you funny, clever messages to cheer you up, start a conversation, or for no reason at all is one of the clear signs that a Scorpio man has feelings for you through text.

If a Scorpio man misses you, he might text you a funny pun or a meme he knows will make you laugh.

If you want to impress your Scorpio guy with humor, use your creativity and wordplay when you want to make him laugh.

He loves jokes that are so intellectual that they would go over most people’s heads, and he always understands your witty quips.

How Does a Scorpio Man Like to Kiss?Will a Pisces Man Apologize After Upsetting You?
Hello, I'm Liz