Is The Scorpio Man Jealous and Possessive When in Love? 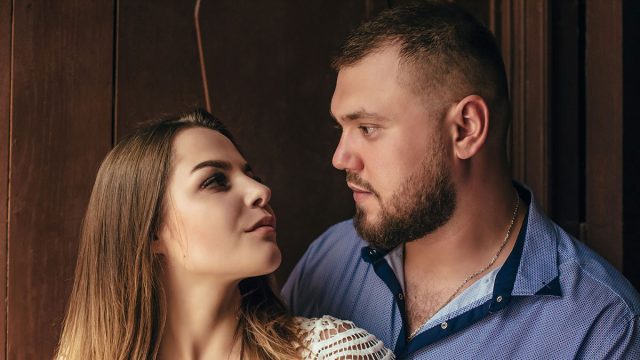 If you are dating or interested in a Scorpio guy, you may wonder whether or not a Scorpio man is jealous and possessive in love.

Is he trusting and unconcerned, or does he turn green with envy?

If you want to be with a Scorpio guy, then you should know right away that jealousy is one of the typical Scorpio man traits.

Possessiveness is just part of his nature, and if you can’t handle having a jealous partner, you might want to stay away from this intensely loving sign.

You can use astrology to figure out which zodiac signs are the jealous type and what aspects of their personality make them so possessive.

The truth about a Scorpio man is that he feels all of his emotions intensely, not just jealousy.

Every zodiac sign correlates with a particular natural element: earth, air, fire, or water. The element a sign is ruled by can reveal a lot about that sign’s personality.

Scorpio is a water sign. Water signs are highly sensitive and emotive, so any sentiment they have, they feel profoundly. There are no mild moods when it comes to a Scorpio guy.

His intensity can be both great and terrible. When he is happy, he is elated and overjoyed. When he is sad, he gets dark and depressed.

Every feeling is magnified for this intense sign, so when your Scorpio guy gets jealous, he gets extremely jealous.

He Gets Jealous Easily

Not only does a Scorpio man get super jealous, but he also gets jealous quickly and easily. It doesn’t take much to bring out his envious side.

Even if you are only in the early stages of dating a Scorpio man, you may notice some of the symptoms of his jealousy.

A Scorpio guy doesn’t want to hear about your past relationships, the other men you are dating, or even your male friends and coworkers.

As far as he is concerned, he should be the only guy in your life, even if you are just on a first date.

He Is Especially Jealous of Your Exes

Scorpio men in relationships can get jealous of anyone, but they are particularly wary of their partner’s exes.

A Scorpio guy believes that an ex is a bigger threat to his relationship than any other man because the ex already won your heart once before.

He thinks that if you fell for your ex in the past, you could fall for him again.

For a Scorpio guy, relationships are intense and emotional. He hates the thought of you being so close to anyone, ever, besides him.

This means that a Scorpio guy is sensitive to your feelings when it comes to his exes, too. He will never compare you to them or talk about them beyond what it takes for you to understand his romantic past.

If you are dating a Scorpio guy, assure him that your past is behind you and you have fully moved on from your exes.

He doesn’t want to be a rebound or help you get over another man when your focus should be on him.

He Can Get Jealous of Anyone

Although your exes are his biggest jealousy trigger, a Scorpio man’s jealousy is not limited to just your past romantic partners.

A Scorpio guy can get jealous of anyone, from the barista at your local coffee shop to your boss at work.

He can even get jealous of your friends and family if he feels like you are prioritizing them over him too frequently.

When a Scorpio man falls in love with you, he wants you all to himself and to spend all of his time with you.

He is very possessive and doesn’t like it when anyone else takes up your time or has a close connection with you besides him.

Just because your Scorpio guy gets jealous easily doesn’t mean that he wants you to see that side of his personality.

Knowing that he gets jealous without him having to show it is an important part of understanding the Scorpio man in love.

If you are wondering how to tell if a Scorpio man really loves you, don’t think that intentionally making him jealous to look for a reaction is a good idea.

He will definitely get jealous, but he might not express it. You will only succeed in hurting his feelings and pushing him away from you, not getting him to prove his love.

He Gets Back at You for Making Him Jealous

If you are with a Scorpio man, you should try your best never to betray or deeply upset him.

Scorpio is perhaps the most vengeful sign of the zodiac. When a Scorpio man gets vengeance on those who have angered him, he pays them back tenfold.

When a Scorpio man is mad at you, he will get revenge on you for hurting him. You might not even know he was ever upset until he pays you back for making him jealous.

If you flirt with the server on your date with a Scorpio guy, he may be stoic throughout dinner, but then send you lots of photos of himself with a female coworker when he goes on a work trip.

If you compliment another guy to try to make your Scorpio man jealous, he will fawn all over your best female friend the next time she comes over, and gush about her after she leaves.

Don’t mess with a Scorpio man because he will get back at you and it will be an unpleasant experience.

He Might Leave You if He Gets Too Jealous

A Scorpio man’s possessiveness is so intense that it can destroy his relationship. If he gets jealous too often, he may walk away from the relationship because he is sick of getting hurt.

What attracts Scorpio men is women who are loyal and devoted, not women who are insecure and need to have lots of men chasing them even when they are in a committed relationship.

A Scorpio guy needs a woman who is self-confident enough that she only needs attention from him.

He showers his partner with all of the attention and affection she could ever want, so it makes him feel unappreciated and unloved when she goes looking for recognition elsewhere.

He Is Possessive to Protect You

A Scorpio man isn’t jealous just because he is insecure. Part of the reason he gets so possessive is that he wants to protect his lover.

When he asks her not to wear such a low-cut top to go out with girlfriends, it’s not because he thinks she looks bad or that he doesn’t trust her.

It’s because he wants her to be safe and have a good time without having to worry about men approaching her and bothering her.

The best match for a Scorpio man is a woman who appreciates his jealousy and understands that it comes from a loving place.

He Is Jealous of Men He Sees as Competition

When he is in love, a Scorpio man looks at other men as competition. He values his partner more than anything, and he views other guys as potential predators who want to steal her away from him.

No matter how much he trusts his partner, a Scorpio man will never get over his jealousy because he doesn’t trust other men not to pursue her.

Even when he knows his lover is completely faithful and will never stray, he still can’t help but feel possessive.

Know that when your Scorpio guy loses his mind with jealousy, it’s usually because he doesn’t like how the other man in the situation is behaving, not you.

He Becomes Angry and Controlling When Jealous

Even when he doesn’t let it show, a Scorpio man gets very angry when you make him jealous.

Maybe you want to make your Scorpio guy jealous because you’re mad at him, or you feel unappreciated and want him to see that other men are interested in you.

If your Scorpio man realizes you are intentionally trying to get a reaction from him, he will get even more angry and upset.

If you are minding your own business and some guy approaches you, your Scorpio man’s rage will be directed at the other man.

Whatever the situation is, you can expect your Scorpio guy to be boiling with anger when his jealousy is sparked.

A Scorpio guy is already a control freak, but he gets more controlling than ever when he’s jealous.

If you are at a bar and some other guy starts hitting on you, your Scorpio man might insist that you leave immediately.

If you are going to a party or a friend’s house where he knows your ex will show up, your Scorpio guy may insist on accompanying you or demand that you not go.

Even if he acts calm and unbothered, your Scorpio guy gets really angry and controlling beneath the surface when his jealousy is provoked.