10 Tips for When a Scorpio Man is Ignoring You 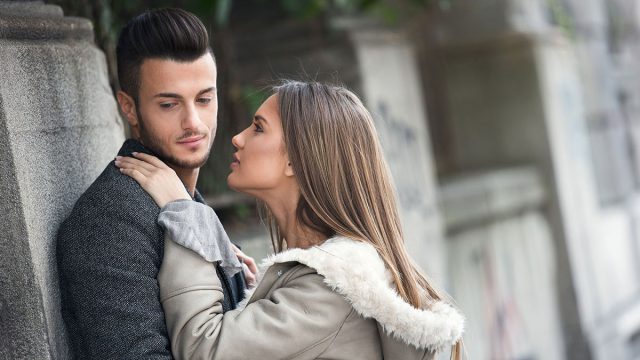 If the guy you’ve been seeing all of a sudden won’t see or speak to you, you need to know what to do about a Scorpio man ignoring you.

How can you get him to pay attention to you again?

Should you call him over and over until he answers, or give him space and hope that he comes back to you when he’s ready?

If you want to know how to deal with a Scorpio man when he becomes distant, you need to look no further than his zodiac sign.

Once you understand the typical personality traits and behaviors of his sign, you will know how to deal with a Scorpio man ignoring you.

The first thing you should do when you feel like your Scorpio guy is ignoring you is to ask him if there’s a problem.

Don’t be defensive or accusatory, and don’t make it about yourself. Just gently tell him that you’ve noticed he has been acting distance and ask if anything is troubling him.

He might open up and tell you about a concern he has for your relationship, or you might find out that he’s worried about something that has nothing to do with you.

It could be that he’s simply busy with work or his other projects. Scorpio is a very ambitious and dedicated sign, after all.

When you don’t text a Scorpio man to ask what’s wrong when he goes silent, he will think you don’t care about him.

You need to ask him what’s going on, otherwise, he might just continue ignoring you indefinitely.

2. Be Sensitive to His Feelings

Every zodiac sign correlates with one of four natural elements: water, fire, earth, or air. The twelve zodiac signs are distributed evenly among the four elements, so each element rules three signs.

A zodiac sign’s natural element reveals a lot about that sign’s personality. For example, fire signs are typically loud and passionate, while earth signs tend to be grounded and practical.

Scorpio is one of the three zodiac signs belonging to the water element. Water signs are known for being emotional, sensitive, and intuitive.

Although they don’t like to show it, Scorpio men feel all of their feelings profoundly. If your Scorpio guy is ignoring you, then there is a good chance that you have done something to hurt or upset him.

Don’t disregard his feelings or wait for him to get over it if he’s mad. You need to figure out what you did wrong and approach him with an apology if you want him to stop ignoring you.

Scorpios are hard-working and ambitious, so if you haven’t heard from your Scorpio guy in a while, he’s probably just busy with work or other projects.

Although you might think that it’s a good idea to tell him he’s hurting your feelings by not prioritizing you, you don’t want to put pressure on a busy Scorpio man.

Instead of complaining that he is neglecting you, ask your preoccupied Scorpio guy if there is anything you can do to help him.

He craves a woman who puts his feelings first and wants to be his partner in everything, so he will love your offer to help, even if he doesn’t take advantage of it.

Although they usually love spending as much time with their partners and doing everything together, sometimes even Scorpios need a little alone time.

Your Scorpio guy could be acting distant or ignoring you because he wants space.

This doesn’t mean the relationship is over or that he’s no longer interested in you. It’s perfectly normal and healthy, even for a needy Scorpio guy, to need some time alone.

The best thing you can do for your relationship when your Scorpio guy needs breathing room is to give it to him without complaint.

If you give him space, be sure to explain to him that’s what you’re doing. Leaving a Scorpio man alone to give him space is only a good idea when you make your intentions perfectly clear.

What a Scorpio man wants to hear is that you are intentionally giving him space when he needs it, not that you are trying to punish him or distance yourself from him.

5. Don’t Ignore Him Back

When a Scorpio man hurts you, it’s tempting to try to get back at him. Being ignored doesn’t feel good, especially if the person who is ignoring you is your partner.

You might think that it’s a good idea to try to give a Scorpio man a taste of his own medicine when he’s acting distant, but this won’t work.

Giving a Scorpio man the silent treatment is a sure way to lose him forever if he’s already ignoring you. Instead of making him want to contact you, he will carry on with his life.

If you ignore him back, you will only prolong his silence. You need to reach out to him, no matter how hurt you are.

6. Make an Effort to Get His Attention

Some signs like to be the center of attention at all times. They love to make an entrance and know how to make everyone in the room look at them.

Scorpio is not an attention-seeking sign. Although they aren’t exactly shy, Scorpios prefer to maintain an air of mystery and lurk in the shadows.

He doesn’t need attention from everybody, but a Scorpio man craves attention and affection from his loved ones.

If you have been neglecting your Scorpio man, he might be ignoring you on purpose to show he feels unappreciated.

When your Scorpio man ignores you because you’ve been taking him for granted, you need to make an effort to grab his attention and get your relationship back on track.

Call and text him, show up at his place with dinner or a gift, and shower him with affection.

When your Scorpio man sees that you have realized your mistake, he will go back to giving you all the attention you could ever want.

7. Don’t Try to Make Him Jealous to Get His Attention

If you are wondering how to get a Scorpio man to chase you, don’t think for a second that trying to make him jealous will work in your favor.

Scorpios are naturally jealous and possessive, so intentionally trying to make a Scorpio man jealous will only enrage him.

And if he figures out that you tried to make him jealous on purpose, he will think you are untrustworthy and deceptive, which is just as bad as being disloyal.

When you want to get your Scorpio man’s attention, go about it in a positive, constructive way rather than damaging your relationship even more with jealousy.

Scorpios like being enigmatic and hard to read, so sometimes a Scorpio man will play hard to get because he’s trying to be mysterious.

This doesn’t mean he’s not interested in you or that he will neglect you forever. He’s just trying to control his image and wants you to fight for him.

Another reason a Scorpio man might be ignoring you is that he has strong feelings for you and it’s making him uncomfortable. He fears getting his heartbroken, so he puts distance between you.

Don’t give up on your Scorpio guy and don’t let him push you away just because he’s afraid of getting hurt.

Keep reaching out to him and prove that you’re not going to abandon him, and he will start paying attention to you again once he feels secure.

If your Scorpio man’s neglect hurts your feelings, it’s easy to get angry and frustrated.

While you should acknowledge and process these feelings, it’s never a good idea to lash out at your Scorpio guy.

If you approach him angrily about the way he’s been distancing himself from you, he will only want to get even further away.

When you confront your Scorpio man about his behavior, make sure you remain calm and collected. You won’t get anywhere by scolding or yelling at him, and he will be impressed by your serenity.

10. Accept That He Is Moving On

Unfortunately, if you’ve tried everything and he still ignores you, it could be one of the signs a Scorpio man is not interested in you.

Perhaps you misread his signals and he was never interested in you, or maybe he has lost interest after a few dates. He might be in a committed relationship and can’t pursue you.

When a Scorpio man is done with you, the way he might tell you is by not telling you at all.

If this is the case, you need to accept that he’s not the one for you. There are plenty of other Scorpio men out there who could be right for you, so let this one go and move on.

What Kind of Humor Do Scorpio Men Enjoy?How to Turn On a Scorpio Man in Bed
Hello, I'm Liz