Do Scorpio Men Have a Freaky Side? 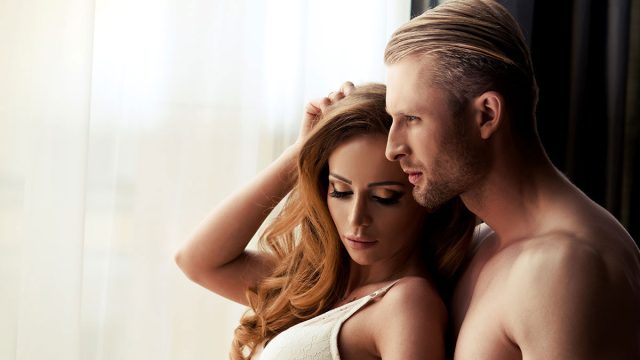 If you are getting intimate with a man born under the sign of the scorpion, you may wonder, what does a Scorpio man’s freaky side look like?

Does this zodiac sign even have a freaky side?

Due to several astrological influences, Scorpio is possibly the most sexual and freaky of all the zodiac signs.

So, what is it exactly that makes this sign so wild in bed?

By learning more about his star sign, you can get a better sense of how a Scorpio man thinks and behaves, and what makes him the freakiest zodiac sign.

Their Element Makes Them Freaky

Every zodiac sign belongs to one of four elements in nature: fire, earth, air, and water. The twelve signs are distributed evenly amongst the elements, so each element rules three signs.

The element a sign belongs to tells us a great deal about that sign’s personality, values, and communication style.

Scorpio is a water sign, and water signs are known for being sensitive, emotional, dreamy, and compassionate.

As a water sign, Scorpios are very passionate in bed. It’s difficult for them to separate sex from emotions and the intensity they bring to the bedroom is unmatched.

A Scorpio man’s natural element is just one of many astrological influences that make him such a freak between the sheets.

Their Planets Make Them Freaky

Every sign has a ruling heavenly body that tells us something significant about that sign’s personality. Scorpio is one of the rare signs that is governed by two planets, Mars and Pluto.

The combination of these two planetary influences makes Scorpio men dominant, energetic, and fiery in the bedroom.

There is no aspect of a person that is untouched by their astrological sign. The zodiac signs even have correlated body parts that reveal important facets of their personalities.

A sign’s ruling body parts could be that sign’s best feature, the part they find most attractive on others, their erogenous zones, or the parts most prone to injuries and health problems.

The body parts for Scorpio are the genitals, reproductive system, bowels, and excretory system. As the sign correlated with the genitals and reproductive organs, Scorpio is clearly the most sexual sign of the entire zodiac.

Since their genitals are significant to this sign, it makes sense that his sexuality is a key aspect of a Scorpio man’s personality.

As the sign ruled by both Mars and Pluto, Scorpio horoscope signs are obsessed with power and authority. Control is more important to them than nearly anything.

A Scorpio man would rather be respected or even feared than liked and adored. He genuinely doesn’t care what most other people think, and being in charge is more important to him than being agreeable.

This sign is also ruled by the organs that create life, another symbol of Scorpio’s obsession with power.

This tells us that Scorpio men like to be dominant in bed. They need sexual partners who will let them take charge and be in control between the sheets.

Scorpios don’t need a partner who is always submissive or passive, though. They crave variety and like a partner who takes the lead in bed once in a while.

You can tell a Scorpio man what you want in bed and he will appreciate your assertiveness and enthusiasm.

Just be careful not to emasculate him or boss him around when you are getting busy because it makes him feel incompetent and powerless, which is a huge turn-off for a Scorpio guy.

Their Zodiac House Makes Them Freaky

Another significant astrological aspect that makes the typical Scorpio personality so freaky is their placement on the zodiac wheel.

Every sign is positioned in a house of the zodiac that conveys the important values and goals of that sign.

Scorpio lives in the eighth zodiac house, which is the house of sex, intimacy, and merging. Clearly, sex is of the utmost importance to this sign.

Living in the house of sex and intimacy, one of the typical Scorpio traits is that they think about sex all of the time and are the happiest when they are in a committed relationship.

They prefer having a partner who fulfills all of their needs to dating lots of people, and they would rather be alone than coupled up with someone who doesn’t understand them.

They Use Sex to Communicate

One of his favorite love languages is physical touch. This doesn’t have to be sex because it includes hugs, kisses, caresses, and more.

But a Scorpio man’s preferred love language is, of course, sexual intimacy. Sex with a Scorpio man is never a cold and meaningless act.

When a Scorpio man has sex with you, he is communicating with you. He could be telling you how much he loves you, that he’s mad at you, or something else.

Out of all the zodiac signs, dates with a Scorpio are the most likely to end in the bedroom because a Scorpio man uses sex as a way to get to know you better.

It’s typical Scorpio behavior to use his freaky side to express himself in the bedroom. If you are sleeping with a Scorpio man, pay attention to what he is trying to tell you through his sexual style.

They Are Emotional and Intense in Bed

Some signs can easily separate sex from feelings and may even struggle to connect physical intimacy with emotional intimacy.

But for a Scorpio man, sex and emotions are unequivocally intertwined. He can’t help but get attached when he sleeps with someone, and he prefers to have sex when there are feelings involved.

For a Scorpio guy, the powerful and complex emotions that accompany physical intimacy and can be expressed through sex are part of what makes the experience so enjoyable.

A Scorpio man will have one-night stands, but he will at least want to get to know his sexual partner and make a mental and emotional connection before going to bed.

His emotional intensity is part of what makes a Scorpio man so freaky in the bedroom.

They Need Sex to Be Happy

Because so many of their astrological influences center around sex, a Scorpio man can’t be happy unless his sexual needs are satisfied.

For a Scorpio, compatibility in the bedroom can make or break a relationship. If everything about his partner is perfect for him except for their sexual compatibility, a Scorpio man will not stay with her.

When it comes to the typical Scorpio personality, male members of this sign attach a great deal of meaning and significance to sex.

When a Scorpio dates someone, sex is not just a physical act. It’s a form of expression, a symbol of intimacy, and more.

Therefore, if a Scorpio man isn’t getting physical with his partner as frequently or as freakily as he desires, he won’t be satisfied or content, and he won’t stick around.

They Use Sex as a Weapon

Scorpios are intense and crave power over every aspect of their lives. This means that they aren’t above using sex as a weapon or a means of control.

A Scorpio man may use his sex appeal or his skills in the bedroom to get what he wants.

For example, Scorpios may sleep with their bosses to move up the ladder at work, or seduce a salesperson to get a better deal.

Scorpios are also one of the most vengeful signs of the zodiac, so a Scorpio will certainly use sex as a means of getting revenge.

If a Scorpio man’s partner cheats on him, he will get even by sleeping with someone else, too.

If he is dating a woman who won’t commit, he will sleep around and make sure she hears about it to push her into exclusivity.

Scorpios have such a strong freaky side that they don’t hesitate to weaponize sex and sue their powers of seduction to get their way.

They Have a High Libido

Part of what makes Scorpios so freaky is their high libidos. A Scorpio man can’t get enough sex and is never fully satisfied.

Because this sign is also so prone to addiction, a Scorpio man is an excellent candidate for sex addiction.

If you are dating a Scorpio guy, be prepared to keep up with his strong sex drive. If he doesn’t have sex as frequently as he desires, he can become irritable and resentful.

This is because Scorpios not only see sex as a physical act and a form of stress relief, but it’s also how they feel most connected to their partners.

A Scorpio man will feel rejected and unloved when his partner constantly turns down his sexual advances. He doesn’t understand that sometimes his partner just isn’t in the mood or is too tired for sex, because he can’t relate.

Scorpio men have strong libidos, so if you are dating a Scorpio guy, be sure you have plenty of energy and desire for sex.