How Does a Scorpio Man Flirt? 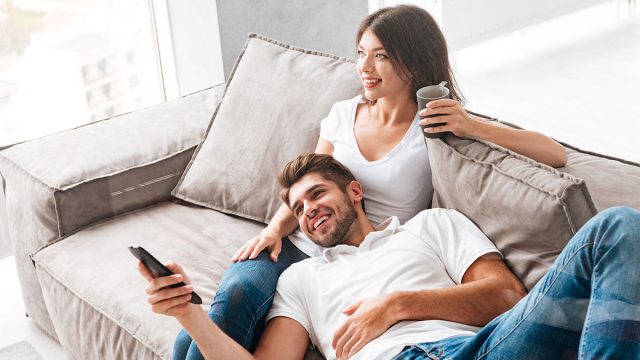 If you are having a hard time reading your Scorpio crush, you may wonder, how does a Scorpio man flirt?

What is his flirtation style like, and how can you recognize the signs that he’s into you?

Every zodiac sign has a unique way of expressing romantic interest, and there are certain signals of attraction you can look for based on a person’s sign.

Does a Scorpio guy come on strong when he likes a woman, or is he more shy and reserved?

By learning more about his zodiac sign’s personality traits and psychological characteristics, you will be able to recognize the hints that a Scorpio man is flirting with you.

They Flirt With Their Eyes

If you want to spot the Scorpio guy in the room, he is the one with the dark, penetrating gaze. When he catches your eye, it can feel like he is staring into your soul.

Scorpios love using eye contact to flirt. A Scorpio guy will show you he’s interested in you by staring at you and smiling from across the room.

If you want to know how to attract a Scorpio man, hold his gaze when he tries to make eye contact with you, and don’t be the one to look away first.

If you don’t look away, he sees it as a sign that you are interested in him, too, and he will work up the courage to come over and talk to you.

They Flirt By Listening and Remembering Everything

Although they can easily ignore those they don’t care about, Scorpios are attentive listeners when they are attracted to somebody.

When he is flirting with you, a Scorpio man will hang on to your every word and remember every single thing you say.

This is because he is trying to get to know you to see if you are compatible with him. When he likes you, he will memorize all of the little details about you.

If you want to know how to attract a Scorpio man online, be careful what you say to him in your messages, because seeing your words in writing will make him even more likely to internalize everything you say.

A Scorpio man’s ideal woman is just as good a listener as he is and remembers everything he says, too.

He is flattered and takes it as a sign of respect when a woman remembers little things about him, like his favorite color or how he likes his coffee.

When you talk to him, make sure that you pay attention to what he says, too. Be an active listener if you want to flirt with a Scorpio man and win his heart.

They Flirt With Physical Affection

If you want to know how to flirt with a Scorpio man, physical touch is important to expressing attraction.

Scorpios are not particularly affectionate with most people, but they are extremely touchy-feely with their partners.

A Scorpio guy may not hug his friends and acquaintances, but he can’t keep his hands off of his lover. He has a hard time admitting it, but he needs physical affection to feel safe and loved.

If you are wondering how to get a Scorpio man’s attention, touch his back or arm when you approach him or sit next to him so closely that your legs touch.

He will definitely notice your touch and will recognize it as flirting, and he will reciprocate by showing you affection, too.

They Flirt With Everyone, but Not All the Time

Scorpios are naturally sexual and magnetic, so they can’t help but flirt with everyone.

A Scorpio man in a committed relationship is faithful, though, so he flirts a lot less when he has a partner.

When he does flirt with other women despite having a partner, it’s usually not because he’s attracted to them.

It’s more likely that he is trying to win them over and charm them into giving him something he wants or doing something for him.

He might also flirt with others if he feels neglected or unappreciated within his relationship. He’s not looking to cheat, but he wants someone to flirt back with him and make him feel wanted.

They Flirt by Asking Personal Questions

A Scorpio guy genuinely doesn’t care what other people think, and he won’t waste his time and energy making small talk with someone he dislikes.

But when a Scorpio man wants to flirt with you, he will ask you tons of personal questions to try to get to know you better.

You might even find a Scorpio’s earnestness overwhelming or off-putting. He might ask you things that you feel are private.

He’s just trying to get to know you as quickly as he can to see if you would be compatible as a couple, and he wants you to be flattered by his attention.

If you are wondering how to get a Scorpio man to fall in love with you, ask him lots of personal questions, too.

What a Scorpio man wants to hear is that you think he is the most fascinating person in the room, and you would rather talk to him than anyone else.

Every zodiac sign correlates with a set of body parts that tell us something specific about that sign’s values and personality.

The body parts for Scorpio are the excretory system, the reproductive system, and the genitals.

This reveals that Scorpios are perhaps the most sexual people of the entire zodiac, so their flirting style is sexual, too.

Some signs are sweet and shy when they like someone, but a Scorpio is bold and aggressive.

When a Scorpio man flirts with you, he will make it clear that he is interested in you sexually, and isn’t just looking for a platonic friendship with you.

If you want to know how to get a Scorpio man to chase you, you need to be honest and direct.

Don’t lie to make yourself seem like the kind of woman you think he wants to date. He will see right through your deception and be turned off by your dishonesty, even if it’s meant to impress him.

You also shouldn’t use indirect methods of flirting like trying to make him jealous or sending a friend over to talk to him first.

If you try to make him jealous, he will get angry and run in the opposite direction.

And if you ask your friend to go break the ice with him first, he will wonder why you didn’t approach him yourself and might start flirting with your friend instead of you.

They Flirt to Get What They Want

Scorpios are very manipulative and they crave control over other people. A Scorpio man isn’t above flirting, even with someone who isn’t his partner, to get what he wants.

For a Scorpio, flirting doesn’t have to be a sign of sexual attraction. It’s also a tool he uses to achieve his goals.

Scorpio men are determined and ambitious, so if they can use their charm to get their way, they will flirt with anyone.

He might flirt with the bartender to try to get free drinks, or he might seduce his boss or coworker to improve his position at work.

They Flirt by Getting You Alone

If your Scorpio crush won’t make a move on you in public, don’t assume that it’s a sign he’s not interested in you.

Although they are bold and direct, Scorpios prefer to flirt in private. A Scorpio guy will probably try to get you alone before he attempts to seduce you.

He wants to get you away from everyone else so you can focus on each other without distractions or worrying about what other people think.

If you are wondering what kind of woman attracts a Scorpio man, it’s someone who isn’t ostentatious or showy about giving affection.

He loves attention and affection, but he doesn’t need a woman to be all over him in public.

When you are flirting with a Scorpio guy, keep your public displays of affection subtle and conservative. Wait to unleash the full force of your passion until you are alone with him.

They Flirt With Body Language

A Scorpio man is observant and intuitive, so he likes to use lots of non-verbal communication to express his feelings, and he can read your physical cues in return.

Understanding a Scorpio man’s body language is key to flirting with him. He needs a partner who understands him well enough that he doesn’t have to say out loud everything he’s thinking.

When a Scorpio man leans in close and turns his back to everyone else so that it feels like you’re the only one in the room, it’s a sign he is flirting with you.

If he licks his lips while staring at your mouth, it means he’s desperate to kiss you.

Learn to read a Scorpio man’s body language, and you will see that he flirts with you more often than you might think.