How to Talk to a Scorpio Man About Feelings 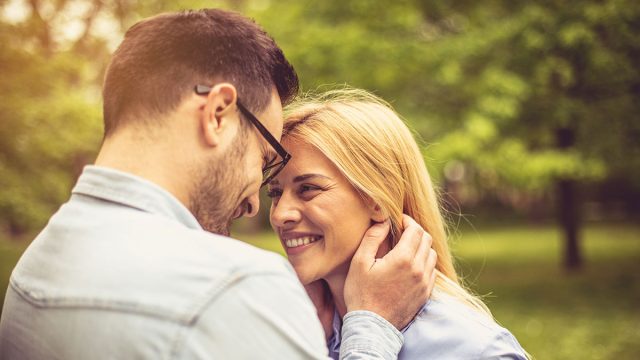 When it comes to a Scorpio man, feelings are what guides him because he is very sensitive and emotional.

He doesn’t open up to just anyone about his feelings, though.

You can’t rush into an honest discussion about emotions with a Scorpio man because they are too careful and guarded to divulge their inner thoughts to most people.

If you want him to tell you how he feels, you need to understand the way his mind works.

By looking at his zodiac sign’s personality traits and psychological characteristics, you will get a better sense of how to talk to a Scorpio man about feelings.

Because they are so sensitive and intuitive, Scorpios are excellent at reading people. They pick up on a person’s body language, facial expressions, and more.

This means that Scorpios can always tell when someone is lying to them or hiding something. Scorpios loathe being lied to because they see it as an insult to their intelligence.

If you want to talk to your Scorpio guy about feelings, you have to be totally honest. He will know if you deceive him and it will only make him more reluctant to open up to you.

A Scorpio man would rather someone be brutally honest with him than tell a white lie, even to spare his feelings.

When you discuss how either of you feels, make sure you are completely transparent and truthful, and he will respond in kind.

Although a Scorpio man requires nothing short of total honesty, he also likes a woman who knows how to keep a secret. He wants to know that if you tell him something personal, it will stay between you two.

What attracts Scorpio men is a woman who finds the balance between being open and honest while still remaining enigmatic and reserved.

If you are wondering how to get a Scorpio man to chase you, you’ve got to be coy and mysterious.

He wants you to open up to him and share your feelings, but a Scorpio man also admires a woman who is restrained and holds back a little.

Don’t blurt out all of your feelings or expect him to tell you everything at once, either. Be patient and get to know him slowly, and reveal pieces of yourself gradually over time.

Scorpios have many love languages, and one of them is physical touch. Scorpios are loving and intuitive, so a Scorpio man will often use nonverbal cues to tell you how he feels.

When a Scorpio man kisses you, it’s his way of saying he loves you. If a Scorpio man hugs you and holds you close, he is showing he wants to take care of you.

As much as you may want to hear it in words, a Scorpio man will make his feelings for you known through his actions.

Pay attention to his body language to tell you how he feels about you. He might already be opening up to you more than you think; he’s just doing it nonverbally.

Open Up to Him First

If you want to get a Scorpio man to talk to you about his feelings, don’t be afraid to make the first move.

Scorpios aren’t necessarily shy, but they are guarded and careful with their hearts. Despite his sensitive and emotional nature, a Scorpio man is unlikely to open up to you first about how he feels.

To get him to talk to you about his emotions, start the conversation by telling him how you feel.

Once you start opening up to him, a Scorpio man will likely share some of his secrets and feelings with you in return.

However, if you feel like you are the only one talking about your feelings and he is giving nothing back, it could be one of the signs a Scorpio man is playing you.

All relationships should have an equal amount of give and take, including when it comes to sharing feelings. If you are the only one opening up, it could be time to move on from your Scorpio guy.

Learn His Cues That He Wants to Talk

If you are wondering how to tell if a Scorpio man is interested in you, you need to learn his cues that he wants to talk to you.

A Scorpio man is a master of subtlety, so he could be trying to tell you there’s something on his mind without using words.

He yearns for a partner who understands him well enough to know his thoughts before he says a word.

He might tell you with a glance, an attitude, or some other cue that he wants to talk to you. You need to pick up on his signals to show him that it’s safe to talk to you.

Because they are so hesitant to open up in the first place, it’s easy to scare off a Scorpio man and get him to shut down again.

If he suspects that your invitations to talk are really traps, he will be reluctant to discuss his feelings with you again.

Don’t come off as combative or accusatory when you are trying to get your Scorpio man to talk about his emotions with you.

If you’re abrasive or try to bully him into opening up, he will only become more guarded and unlikely to tell you how he feels.

You need to approach him with kindness, compassion, and sensitivity if you want him to divulge his deepest, darkest secrets to you.

If you are wondering how to tell if a Scorpio man really loves you, you need to know whether or not he trusts you.

Trust is of the utmost importance to him in a romantic relationship and a Scorpio man can’t be in love with someone he doesn’t trust.

You can’t expect your Scorpio guy to open up to you about his feelings right away because he needs to know that he can trust you first.

He doesn’t want to share his feelings with you only to have you break his heart or betray his trust.

Before trying to get him to tell you the inner workings of his mind, show him how dependable, loyal, and trustworthy you are.

Don’t gossip about people behind their backs to him, keep your promises, and be there for him when he needs you.

Only once you have established trust will he be willing to talk about his emotions, and this can take some time. Be patient and build a strong foundation with your Scorpio guy, because he is worth the wait.

A Scorpio man in love will share things with his partner that he wouldn’t tell anyone else. He doesn’t trust many people, but he will tell his partner everything once he feels safe with her.

If you want to get him to talk about his feelings, you should wait until the right moment when you are alone together to bring up the subject.

He’s not going to spill his private thoughts to you if you are hanging out with a group of friends together or out in public on a date.

Your Scorpio man is much more likely to share his feelings with you when you are alone together. Before you try to get him to talk, make sure you are away from prying ears and eyes.

Give Him Your Full Attention

A Scorpio man has a big ego and knows his worth. He won’t share his feelings with someone unless he has their full and undivided attention.

He opens up so rarely that he’s not going to waste his time or emotional energy on talking to someone who won’t give him the time of day.

Scorpios are also excellent listeners when they truly care about someone. If he likes you, a Scorpio guy will hang on to your every word and will never forget anything you say.

On the other hand, if he doesn’t listen attentively when you speak or seems to disregard your words, it’s one of the signs a Scorpio man is not interested in you.

To get him to open up, give your Scorpio guy your undivided attention. Wait until you are alone together, put away your phone, and show him that you are ready to listen closely to what he has to say.

One of the signs that a Scorpio man has feelings for you is that he asks you lots of deep, probing questions to try to learn more about you.

You might be flattered or shocked by the kinds of things a Scorpio guy will ask you when he’s trying to understand how you feel.

His brutally honest nature means there is no subject that’s off-limits, and he is so cunning and witty that he knows exactly how to word a question to get the reaction from you he wants.

He appreciates when you use the same tactics on him to try to get him to open up about his feelings by asking the right questions.

He loves sharing his opinions, so start by asking him what he thinks about something neutral before steering the conversation towards how he feels.

Don’t make your Scorpio man feel like you are trying to control the conversation, but show him that you are genuinely interested in his thoughts and feelings.