How To Catch a Scorpio Man’s Eyes? 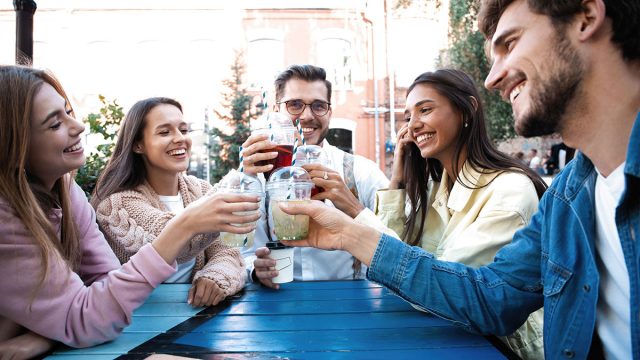 Catching a Scorpio man’s eye can be difficult at times. He’s magnetic and charismatic so he is usually surrounded by people.

If you can learn to stand out from the crowd, you’ll be more likely to get his attention.

If you seem mysterious and if you play hard to get, he’ll be more drawn to you than if you threw yourself at him.

Scorpio men also like women who are confident and ambitious. If you have a life outside of him and he sees that, he’ll be drawn to you. Be interesting and unique.

The most important thing is to be honest and to be yourself! Scorpio can tell when people aren’t being genuine with him.

If you want to know how to make a Scorpio man obsessed with you, the key is to be mysterious and alluring.

Scorpio men like a mystery. They are all about uncovering the hidden things in life. If he thinks you’re mysterious, he’ll want to figure you out.

He’s used to people telling him their life stories. Don’t do that! Drop hints and reveal some information but leave him wanting more.

If you say something that catches his interest, he’ll approach you to learn more. Tell stories to other people when you know he’s nearby and potentially listening.

Be seductive as well. He likes it when a woman has an alluring quality to her. Show him how sexy you are but don’t show it all off at once.

Once you’ve caught his eye, you can slowly start revealing more and more about yourself.

Scorpio men are drawn to darker aesthetics. If you want to catch his eye, walk into a room wearing an elegant, dark-colored outfit.

He particularly likes deep shades of red such as scarlet, maroon, crimson, and burgundy. Black is also a classic choice.

If red isn’t your thing, you can try deeper purples, blues, or greens. Just look for darker shades rather than bright or pastel tones.

Dark colors represent that mystery he is so fond of. They also make any outfit appear more sophisticated.

If you wear makeup, you can try a smokey eye or a dark red lip. This will draw his eye to your face.

He also likes timeless, classic looks. He doesn’t care about what is trendy any given season, he likes styles that are always in fashion. A little black dress is always a safe bet if you want to catch his attention.

What a Scorpio man wants to hear at all times is the truth. He’ll be able to tell if you’re just trying to flatter him with empty words.

When you’re talking to him, be truthful. Be your genuine self. Don’t say things or act a specific way just because you think it will impress him.

It won’t. He’ll be able to tell right away if you’re being deceitful or if you’re putting on a mask.

Scorpio men appreciate honest people. They are good at reading people and great at picking up on the fact that somebody is lying.

If he sees you interacting with others and you appear to be a sincere person, he’ll be more likely to approach you.

If he has a conversation with you and he senses that you’re being genuine with him the whole time, he will also be more likely to keep speaking with you.

Scorpio men are more likely to go after people who respect their boundaries. He likes to keep his secrets to himself and he doesn’t like to get too personal with people he doesn’t know well yet.

Show him that you respect his privacy and he’ll notice you.

Don’t start asking personal questions the first time you meet him. This will make him uncomfortable and he may start to avoid you if he sees you after that first meeting.

If he seems reluctant to talk about a certain topic, change the subject. If at any point he seems uncomfortable, start talking about something else.

If he reveals something to you, just appreciate the fact that he is opening up. You don’t need to ask follow-up questions.

One of the signs that a Scorpio man has feelings for you is that he’ll start opening up more. Don’t push him and don’t pry into his personal life before he’s ready. When he is ready, he’ll let you know.

Pay Attention to Him

Scorpio men are observant and they are used to paying attention to other people. If you show him the same attention he shows others, he’ll appreciate it.

Show him that you are really listening to him when he talks. If you’re in a group and he’s talking about something, focus on him. Don’t let others interrupt.

You can get him to notice you by doing things such as liking his posts on social media. If he sees your username frequently, he’ll remember you the next time he sees you in person.

A Scorpio man’s dating habits can be all over the place sometimes. Pay close attention to him to see if he’ll even be receptive to your efforts to catch his eye.

If he seems withdrawn and antisocial at a party, leave him alone. If he’s going around flirting with every single person there, he might not be in the mood to focus on one specific person.

Be confident and be sure of yourself whenever you’re interacting with a Scorpio man. Even if you’re not talking to him, you need to appear confident when he’s around.

It isn’t always easy to be confident. Sometimes you have to fake it until you make it. Do your best and he’ll notice you.

If you’re good at something, don’t be humble about it! Show off your skills and tell people about your achievements.

Wear clothing that flatters your body instead of hiding it. Flaunt your best features and highlight the things you like about yourself.

A Scorpio man’s eye contact is intense. If he’s looking at you, you’ll be able to tell. Any time you feel his eyes on you, make sure you’re acting as confidently as possible!

Play Hard to Get

When a Scorpio has a crush on you, he’ll be willing to work to win your affections. Make it clear that you are interested but play it coy.

If you two exchange numbers, you can wait a couple of days before messaging him. If you’ve caught his eye, he’ll most likely message you first anyway.

If you’re getting to know him for the first time, don’t focus all your attention on him. Show him that you have other people who are interested in you.

Before you’re dating is the only time you can try and make a Scorpio a little jealous. Flirt with somebody else and that might get his attention. If he’s interested in you, he’ll want to act quickly.

Scorpio men love a challenge but they will back off if they think you aren’t interested at all. Flirt and show him you’re interested but don’t make it too easy for him.

Know What You Want

A Scorpio man in love knows exactly what he wants. If you want to catch his eye and pursue him, you need to know exactly what you want as well.

If all you want is a casual relationship, be upfront about that. He’ll respect that.

If you’re just wanting to flirt and have a little fun, go ahead and do that. Just don’t pretend to be more serious than you are.

Knowing what you want in life is also attractive. If you have goals and dreams and you know what you have to do to achieve them, make sure he knows that.

Sometimes, Scorpio men have slow relationships. If you manage to catch his eye and he’s serious about you, be ready to take things at his pace. If you can’t do that, don’t bother going after him in the first place.

A Scorpio man’s compatibility with someone increases if that person is driven and ambitious.

He’s not career-focused like a Capricorn or Virgo might be, he just likes to see that somebody has goals for what they want to do in their life.

Again, make sure he knows that you have goals. If you’re an artist, show off your art! Talk about what you’re doing to become more skilled or your efforts to start selling your work.

If your true goal in life is to have a family and settle down someday, there’s no shame in that either. Ambition is ambition even if it’s not related to a career or money.

If you want to make a Scorpio man chase you, you need to stand out from the crowd.

Even if you don’t think so, there’s something unique about you. There is something that makes you different from everyone else.

Find what that thing is and flaunt it! Show off your talents. Talk about your interests. Don’t be ashamed to show who you truly are. That will draw him in more than anything else.