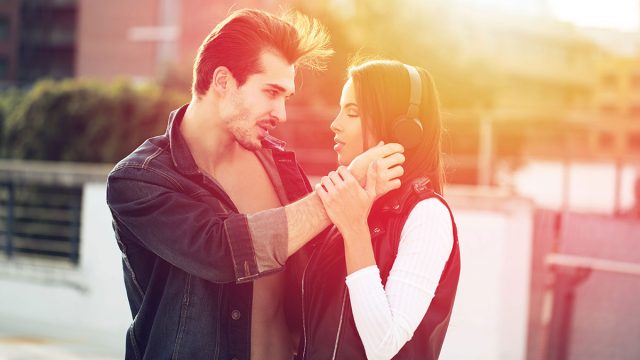 If you have observed a man born under the sign of the scorpion exhibit domineering behavior, you may wonder, is a Scorpio man a control freak?

The answer is yes, Scorpio is one of the most controlling zodiac signs.

But it’s not fair or accurate to judge someone’s sign and decide that they are a bossy or manipulative person without looking deeper.

You need to further explore his sign to understand the reasons behind a Scorpio’s controlling nature and the ways he needs to exert his control.

By learning more about his zodiac sign’s personality and thought process, you will understand what makes a Scorpio man a control freak and what aspects of his life he likes to control.

Scorpios crave power more than anything else in life. They want power and control more than love and more than being liked by other people.

They need control not only over themselves and every aspect of their own lives, but they desire control over others, as well.

A Scorpio man feels very uncomfortable when he is in a situation where he is powerless and helpless.

Scorpios often work in positions of authority because they want things done a certain way and they enjoy managing other people.

A Scorpio manager will know everything that goes on at his place of work and will make sure that every detail is handled properly.
Only when a Scorpio man trusts someone does he feel comfortable relinquishing a little bit of control and allowing them to complete tasks on their own.

One of the signs a Scorpio man likes you is when he doesn’t try so hard to control you. If your Scorpio guy tells you he trusts you and doesn’t try to manage you, it means he truly admires you.

Not only do Scorpios have a compulsive and innate need for control but they also enjoy controlling other people.

Sometimes a Scorpio will look for ways to manipulate others even when it’s unnecessary just for fun.

A Scorpio man will try to get someone to do something just so he can see how powerful he is. He views life as a chess game, and he is going to use his brain power to win.

While some signs are controlling because they are anxious or nervous, Scorpios actually derive pleasure from wielding their power over others.

They Don’t Need Anyone to Know They Are in Control

Although some signs are controlling because they want others to see how powerful they are, Scorpios don’t care if anyone else knows they are in charge.

For a Scorpio man, proving his control to other people isn’t as important as asserting his authority to himself.

In fact, Scorpios prefer to do their manipulative work in secret. They get a thrill out of hiding their controlling ways and see it as further proof of their power.

A Scorpio doesn’t need to gloat over his power or show off his authority. He doesn’t care what other people think and only needs to prove his abilities to himself.

Unlike other controlling signs, Scorpios don’t need anyone else to know about their power, and actually prefer to work behind the scenes to pull the puppet strings.

They Lie to Gain Control

Some signs are uncomfortable with lying and wear the truth on their faces, but Scorpios are masters of deception.

Because they are so intuitive and sensitive, Scorpios are excellent at reading people and can instantly tell when someone isn’t telling the truth.

Despite the fact that he is an excellent liar, a Scorpio man can’t stand when anyone tries to deceive him. He views it as an insult to his intelligence.

Although he hates liars and is often brutally honest, a Scorpio can fool anybody into believing him. He knows exactly what to say to trick and manipulate people.

When a Scorpio man wants you under his control, he has no problem lying to you to get his way.

They Gaslight and Manipulate to Gain Control

Scorpios crave power and control so desperately that they will use any means necessary to get what they want, including gaslighting other people.

A Scorpio man can make you feel like you’re going insane because he’s so good at manipulating a situation to his advantage.

For example, if a Scorpio guy doesn’t want you to leave the house, he may hide your car keys and lie about it. You’ll drive yourself crazy looking for them even though you always keep them in the same place.

If you question yourself and feel confused about a situation, it could be one of the signs a Scorpio man is playing you.

On the other hand, one of the signs that a Scorpio man has feelings for you is when he lets you in on his manipulative games.

If he loves and trusts you, he will gleefully describe how he masterminded a situation and controlled people to get his desired outcome.

They Are Experts of Self-Control

Scorpios not only enjoy controlling others but they also practice extreme self-control in some aspects of their lives.

Many Scorpios follow strict diets or exercise regimens as a form of control over their bodies.

They like to test and push themselves to see how much they can exert the power of their minds over their physical beings.

Scorpios not only like to practice self-control but they also admire it in others. A Scorpio man is attracted to a woman who is restrained and reserved in public but has a secret wild side only he gets to see.

They Are Determined to Get What They Want

Because of their pathological need for control, a Scorpio man will stop at nothing to get what he wants. When he sets a goal, he develops a one-track mind and won’t give up until he achieves it.

Control and power are more important to this sign than perhaps any other. A Scorpio guy will sacrifice anything for dominance.

Although determination is often a positive quality that gets him far in life, his persistence can also lead a Scorpio man down a path of self-destruction.

He will step over others on his way to the top without thinking twice. He could burn his whole life down if he thinks it will ultimately get him what he wants.

They Hate Being Controlled

If you know anything about what a Scorpio man likes and dislikes in a woman, you know that he needs a woman who goes with the flow and lets him be dominant.

When you are dating a Scorpio guy, don’t ever try to boss him around. Being told what to do is never what a Scorpio man wants to hear.

What a Scorpio man wants in a relationship is a woman who lets him be the one in charge. He wants her to trust him to handle any situation and do what’s best for them as a couple.

Instead of trying to manage him or telling him what to do, leaving a Scorpio man alone to figure out his problems will have a much better outcome.

Even if you know the solution to his dilemma, he needs to think that it’s his idea. When someone else directs him, he automatically wants to do the opposite.

They Get Angry and Irritable When They Lack Control

If you try to control a Scorpio, he will get very angry. And when a Scorpio man is mad at you, you don’t want to know what he is capable of doing.

But even if you’re not the one trying to manipulate your Scorpio guy, he might still lash out at you when he feels out of control.

Scorpios feel everything very intensely, and unfortunately for their partners, they often take out their anger on whoever is closest to them.

When a Scorpio man hurts you by acting cold or irritable, it’s because he’s upset that he is losing control of some other area in his life.

Be patient with him and try to give him control in other ways, like letting him decide what to have for dinner or choosing the movie you watch together.

They Use Substances to Lose Control

As much as they enjoy and crave power, even a Scorpio needs to let loose every once in a while.

Scorpios tend to have addictive personalities, so it makes sense that they turn to substances like drugs and alcohol when they want to release control.

To a Scorpio man, drinking until he slurs or stumbles is his way of losing control while still being in charge of himself.

After all, he had to choose to drink as much as he did, and he knows the effects of alcohol will wear off eventually.

Using substances is how Scorpios relax and let their hair down while still maintaining a sense of self-control.

Don’t be surprised if your stressed-out Scorpio man wants to go to a bar or use drugs sometimes. It’s the one way he knows to let go of power while still feeling like he is in charge.