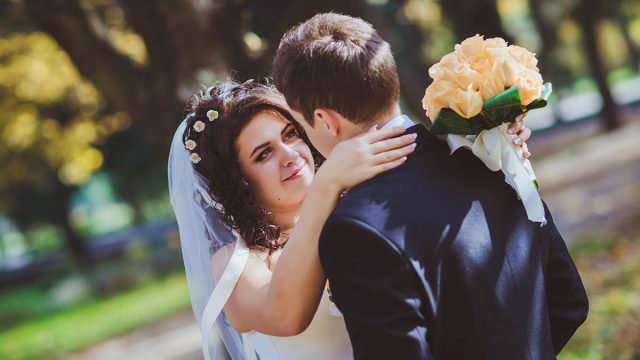 If you’ve been seeing your Scorpio guy for a while, you may be wondering how to make a Scorpio man commit.

How do you get this sign to take your relationship to the next level?

Some signs are naturally more averse to commitment, while others can’t wait to settle down with a partner.

Each of the signs also has unique desires and requirements from a relationship before they are willing to commit.

You can learn what a typical Scorpio man likes and dislikes in a woman and what will make him want to secure your relationship by understanding more about his zodiac sign.

1. Don’t Force Him to Commit

Scorpio men often take a long time before committing to a partner. This isn’t because they are afraid of commitment; in fact, they crave it.

A Scorpio guy is romantic and looks forward to finding the woman he will spend the rest of his life with.

The reason he is so slow to commit is that he takes relationships and commitments very seriously. He wants to make sure he has chosen the right person before taking the relationship to the next level.

If it feels like your Scorpio guy is testing you before he commits to you, he probably is. He will ask you lots of questions and try to understand you as much as possible before committing to you.

Don’t try to rush or pressure your Scorpio guy into commitment. It won’t work, and he will only see this as a red flag and will become uncomfortable.

Give him time to come to a decision on his own, and never issue an ultimatum or try to force his hand.

Every zodiac sign has a governing heavenly body that reveals something important about that sign’s personality. Scorpio is one of the rare signs that have more than one ruling planet.

Scorpio’s ruling planets are Mars and Pluto. Mars is known as the planet of war, which can make Scorpio men aggressive and combative.

Pluto is the planet of power, so a sensitive Scorpio guy feels all of his emotions very strongly.

His combination of planets makes him moody and mercurial. If you want your Scorpio guy to commit to you, be patient with his mood swings, and get comfortable with his intensity.

If he lashes out at you in anger, let it go or walk away from him instead of engaging him in an argument.

Better yet, try to cheer him up when he’s in one of his bad moods, and he will be even more likely to commit to you.

3. Show Him He Can Trust You

Scorpios are highly sensitive, so they fear the pain of heartbreak more than almost anything.

This makes Scorpios so emotionally guarded that they have a hard time trusting anyone enough to open up to them. Even the slightest sign of dishonesty or unreliability can push them away.

When you don’t text a Scorpio man back, dodge his calls, or break your commitments, he will view you as unreliable and you will lose his trust.

You should play a little hard to get at the beginning of your relationship with a Scorpio man, but be careful not to lose his trust, otherwise, you might not ever get it back.

He won’t commit to a woman he can’t trust, so do everything you can to show your Scorpio man that you are honest and reliable.

4. Show Him You Are Loyal

When a Scorpio man wants you, he wants you all to himself without having to compete for your attention.

Some signs can get over infidelity and will try to move past it when their partner cheats on them, but Scorpio isn’t one of those signs.

When you cheat on a Scorpio man, the trust is broken and you will lose him forever.

Not only will you lose him, but this vengeful sign is also sure to get back at you and make you feel the pain of your betrayal.

If you try to make him jealous, he won’t be impressed. Instead, he will run in the opposite direction.

If you want your Scorpio guy to commit to you, don’t ever make him question your loyalty.

Scorpio is perhaps the most mysterious sign of the entire zodiac. Scorpio men are dark and broody, with layered and complex personalities.

One of the best ways to make a Scorpio man commit to you is to show him that you understand him.

Not only do you need to understand him, but you also have to show him that you accept him unconditionally just the way he is.

This can be as simple as being a careful and attentive listener when he shares his thoughts and feelings with you.

Be sympathetic and tell him that you understand, and he will fall more in love and want to commit to you.

Scorpios are powerful and have massive egos. They don’t need everyone to recognize how amazing they are, but they certainly expect appreciation from their significant others.

A Scorpio man is very generous and giving in a relationship. He devotes himself fully to his partner and expects the same in return.

He needs to feel appreciated for all that he does before he will commit to a woman.

What a Scorpio man wants to hear is how much you love and appreciate him, and that you recognize all of the ways he makes your life better.

If you want your Scorpio guy to commit, give him sincere and specific praise frequently, and let him know that you don’t take him or your relationship for granted.

7. Have an Excellent Sex Life

One of the typical Scorpio man traits is that he has a strong libido. Scorpio is perhaps the most sexual sign of the entire zodiac.

Every zodiac sign correlates with a set of body parts. These body parts can tell us a great deal about this sign’s personality and values.

A sign’s body parts could be that sign’s most attractive feature, what they find desirable in others, their physical weak spot, or the strongest part of their body.

The body parts correlated with the zodiac sign Scorpio are the excretory system, the reproductive system, and the genitals.

This reveals that sex is incredibly important to Scorpios in a relationship, and they will settle for nothing less than a spectacular sex life.

If you want your Scorpio man to commit, you need to keep him sexually satisfied and fulfilled.

Try to keep up with his high libido, connect with him emotionally in the bedroom, and be open to experimenting and trying new things.

8. Be a Calming Force

Scorpios are so moody and emotional, they need partners who are calming forces in their lives.

If you want to know how to get a Scorpio man to chase you, you should help him calm down when he gets upset.

A Scorpio man always comes back to a woman who knows how to soothe him and make him feel better.

When he comes to you crying or in a rage, rub his shoulders, make him a drink, and let him vent to you.

If you prove you can be a consistently tranquil presence in his life, he will want to be around you all the time and commit to you.

9. Be His Partner in Everything

One of the signs that a Scorpio man has feelings for you is when he wants to spend all of his time with you and do everything together.

He wants to build a life together and help each other through everything, including the bad times.

When a Scorpio commits to a woman, he is expecting a partner in life. Leaving a Scorpio man alone to face his problems is a sure way to lose him.

It’s not that he needs a partner to take care of issues for him, but he wants someone who has his back through thick and thin.

He is independent and perfectly capable of taking care of himself, but he always supports his partner and stands by her side, so he wants a woman who will do the same for him in return.

Don’t abandon him in his time of need or make him feel lonely, otherwise, he will feel like he gives more in the relationship than he gets back.

10. Be Strong and Ambitious

If you are wondering what kind of woman attracts a Scorpio man enough to commit, it’s someone ambitious and goal-oriented.

He enjoys being around his partner as much as possible, but he also likes a woman who is strong and independent.

His ideal partner has many dreams and goals for the future that she actively pursues.

Scorpios are schemers and always look ahead to their next moves, so a Scorpio guy wants a woman who plans for the future, too.

He is also very ambitious, so he needs a partner who will support him in achieving his dreams and has her own projects, too.