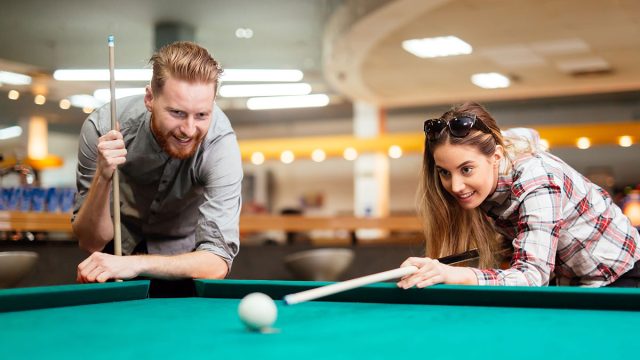 If you want to know the Scorpio man Capricorn woman friendship compatibility, then you need to understand both of these zodiac signs.

Are they astrologically compatible as friends?

The typical Scorpio and Capricorn friendship is based on mutual respect and admiration. These signs are very different, with each possessing qualities the other envies.

As friends, these two can help one another learn and grow as individuals while making each other feel loved and supported.

Once you learn more about the personality traits and behaviors of their star signs, you will know why a Scorpio man and a Capricorn woman are so compatible as friends.

One of the most important aspects of any friendship is having an emotional connection. The Scorpio man compatibility with a Capricorn woman is unusual because emotionally, these two signs are opposites.

Although the way they handle their feelings is very different, that doesn’t mean that Capricorn and Scorpio can’t form a close emotional bond.

Their methods of managing their emotions are some of the greatest lessons they can teach each other, and emotional expression adds a lot of value to their friendship.

We can determine how an astrological sign experiences feelings by looking at the sign’s natural element. Every sign correlates with one of the four elements of nature: fire, air, earth, or water.

Scorpio is a water sign, and water signs are highly emotional and volatile. They are sensitive, intuitive, and fragile.

As much as a Scorpio man tries to control his emotions and keep them under lock and key, he can’t help but wear his heart on his sleeve.

Having a deep emotional connection with his friends is very important to him, but it takes him a while to feel safe and comfortable enough to open up.

Capricorn is an earth sign, and earth is perhaps the least emotional element. Earth signs are rational, logical, and down-to-earth.

They tend to ignore or bottle their feelings, preferring to make decisions with their heads instead of relying on their gut instincts or emotional reactions.

Scorpio is a very controlling sign, and a Scorpio man yearns to be in control of his emotions. As hard as he tries, though, his feelings often get the best of him.

He is prone to bouts of anxiety and depression, and he may throw tantrums or burst into tears when he feels strongly about something, which is quite often.

A Capricorn woman is the opposite of a Scorpio guy in terms of how she handles her feelings. She has a hard time recognizing and expressing her emotions, preferring to keep them to herself.

Unlike a Scorpio man, though, a Capricorn woman rarely loses control and allows her feelings to show. The Capricorn lady can teach her Scorpio pal how to be more stoic and not take everything so personally.

In return, a Scorpio man can show his Capricorn friend that it’s okay to share how you feel, and that opening up to your loved ones can be cathartic and healthy.

Having similar values can help a friendship grow because sharing the same priorities and worldview strengthens the bond between friends.

A Capricorn woman’s priorities are her career, financial success, and stability. She wants to secure a prestigious job that gives her financial freedom.

She is an extremely hard worker and tends to put her job before anything else, including her friends.

She values reliability and loyalty more than change and excitement, so she’s more likely to invest in a big, beautiful home than several trips abroad.

A Scorpio man is also a hard worker and cares what other people think about his success. He similarly yearns for financial stability and a nice home.

Her focus, determination, and ambition all make Scorpio obsessed with a Capricorn woman.

But unlike a Capricorn lady, a Scorpio guy values his interpersonal relationships more than money or even his reputation.

He respects how hard-working his Capricorn friend is, but he may feel hurt when she cancels yet another night of plans with him because she has to stay late at the office.

The Capricorn woman, on the other hand, might get irritated with the way that the Scorpio guy always puts his romantic partner or his family before his friendships.

A Scorpio man can teach a Capricorn lady that some things in life are more important than work, such as friends and family.

The Capricorn woman can motivate her Scorpio buddy to achieve his career and financial goals, and not to bend over backward and sacrifice himself for others so frequently.

These two signs have very different communication styles, but somehow, they always manage to understand each other.

What attracts a Scorpio man to a Capricorn woman is her sensuality. She communicates more with her body language than anything else.

She’s very stoic and great at concealing her emotions, but she is graceful and physical, so her emotions shine through her actions.

For example, you can tell who she cares about most in a group of people because she will stick closely by one person’s side. She is very touchy-feely, but only with her loved ones, and mostly in private.

A Scorpio man is perhaps the best of any zodiac sign at reading body language, so he has no trouble understanding his Capricorn friend when others may not.

He is also highly intuitive and can understand the deeper meanings behind people’s words and actions, so the Capricorn woman seldom feels misunderstood by him.

A Scorpio man can be very expressive when he wants to be, but he tends to be passive-aggressive in communication.

Because he’s so intuitive and sensitive to other people’s needs, he expects everyone else to do the same for him.

He might sulk quietly, waiting for his Capricorn friend to approach him and ask what’s wrong. She understands what it’s like to want to hide your feelings, but she knows that her Scorpio friend isn’t very good at it.

One of the strongest aspects of the Scorpio-Capricorn compatibility is their similar social habits.

They are both more introverted than extroverted, so they like spending time alone or with a few close friends more than going to parties or large social gatherings.

A Capricorn woman feels like a misunderstood alien when she’s around too many people, while the Scorpio guy is so empathetic that he gets overwhelmed by absorbing a crowd of emotions.

Neither friend is antisocial, though. They both enjoy spending time with their close loved ones and need some level of social interaction to be happy and fulfilled.

The Scorpio man, in particular, craves the company of at least one other person and likes being with a best friend or lover as much as possible.

These two zodiac signs love curling up on the couch with a charcuterie board and an expensive bottle of wine to have long, deep conversations.

They like hosting parties at home more than going out to bars, and they will spend many nights together enjoying each other’s company over dinner or a movie at home.

The Scorpio and Capricorn compatibility is so strong because their personalities are the ideal blend of similar and dissimilar.

When two people are too alike, there is no room in the friendship for personal growth. But if they are too different, they will struggle to bond or find common ground.

When it comes to the typical Scorpio personality, a male born under this star sign is intense, ambitious, and caring. A Capricorn woman is likely to be hard-working, calm, and diligent.

The Scorpio personality works well in a friendship with a Capricorn because they share similar goals and values, yet they can learn from one another’s emotional styles and communication methods.

The Scorpio man and Capricorn woman compatibility is based on their mutual respect for one another.

They recognize that they are both diligent, enterprising, and private, and they adore these traits in each other.

A Scorpio man and a Capricorn woman motivate each other to work even harder and do whatever it takes to make their dreams come true.

They both value loyalty and stability in friendship, making them trust one another and letting them know that they can both be counted on.

They never have to feel insecure about their friendship, and they trust each other wholeheartedly.

Although the overall Scorpio and Capricorn friendship compatibility is strong, these two signs have their fair share of differences.

But most of these differences have the potential to bring them closer together as long as they maintain their mutual respect.

A Scorpio man is much more emotional than a Capricorn woman, which can lead to arguments and disagreements.

A Capricorn woman generally means well, but she can be a bit careless and tactless in her communication at times. She will probably hurt her sensitive Scorpio friend’s feelings frequently by accident.

Although she is happy to apologize and make him feel better most of the time, she will eventually get tired of his hyper-sensitivity and feeling like she is responsible for his emotions.

The Capricorn woman, on the other hand, might lack the emotional depth and sensitivity that a Scorpio guy needs to feel safe and secure in a friendship.

He also values interpersonal relationships more than she does, and he will feel like he always comes second to her career.

But the differences that Scorpio and Capricorn have aren’t important enough to overshadow the many ways that they are compatible, so these two will likely have a strong and lasting friendship, despite their similarities.