How to Avoid Making a Scorpio Man Break Up with You 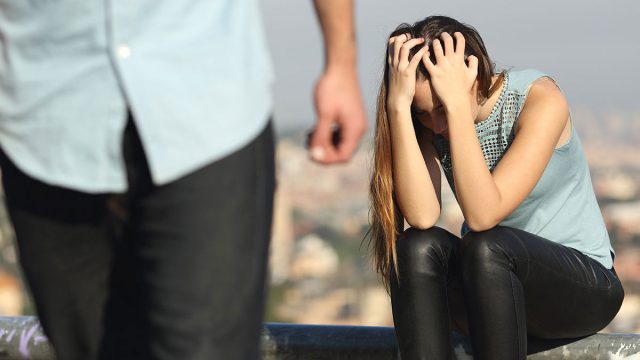 If you have fallen in love with your Scorpio partner, you may wonder what you can do to avoid a Scorpio man breakup.

How do you keep this dark and mysterious sign happy in a relationship forever?

The twelve zodiac signs have different needs and expectations in a relationship. Their triggers for a breakup are as unique as their personalities.

So, what do men born under the sign of the scorpion need to feel fulfilled and satisfied with a partner?

When you learn about the typical Scorpio man’s personality traits and psychological characteristics, you can figure out what he wants in a relationship and how to avoid a breakup.

Some signs can move past infidelity and are able to forgive their partners after a betrayal, but Scorpio is not among these signs.

Scorpios are devastated by infidelity and can never forgive someone who is unfaithful to them.

If you don’t want your Scorpio man to dump you, you should never cheat on him or even so much as flirt with another guy.

A Scorpio man always comes back to a woman he knows won’t betray him because trust is so important to him.

Once you lose a Scorpio man’s trust, it’s gone forever. Be loyal and faithful, and he will have no reason to break up with you.

Admire and Respect Him

One of the signs a Scorpio man likes you is when he asks for your advice and opinions. When he values your judgment enough to ask you what you think, it’s a sign of his respect.

A Scorpio man respects his partner, and he wants recognition from her, as well.

Scorpio men are very proud and have big egos. They don’t need praise and recognition from everyone around them, but they do expect admiration and respect from their partners.

To stroke his ego and show him how much you admire him, give him frequent and sincere compliments.

He doesn’t want empty flattery and can tell when you are lying or exaggerating, so make sure you really mean it when you tell him sweet things.

If you respect and adore your Scorpio guy, he will fall even more in love with you and won’t ever want to leave you.

Give Him Attention and Affection

Scorpios are highly affectionate, but only with a select few people. They aren’t touchy-feely with everyone, but they will lavish their partners with affection and attention.

A Scorpio guy only wants the touch of his partner. When a Scorpio man touches you, he is seeking your attention and affection in return.

When you don’t text a Scorpio man back, return his calls, or make time for him, it feels like you’re not paying him any attention.

If he feels neglected, he will move on to someone who will give him the affection he knows he deserves.

Don’t Lie to Him

Scorpios are so sensitive and intuitive that they are excellent at reading people.

They are almost psychic in that they can read your mood and predict your behavior, even when they don’t know you very well.

This means that Scorpios are human lie detectors. They know when you are being dishonest with them before you even finish your sentence.

If you don’t want your Scorpio man to break up with you, then make sure never to lie or deceive him. Even an omission counts as a lie to a Scorpio guy.

Scorpios are excellent liars, but they can also be brutally honest. A Scorpio man would always prefer that someone be harsh but truthful rather than tell a lie.

Don’t try to placate your Scorpio partner with white lies or false flattery. These are just as likely to break his trust as a big deception.

Encourage Him to Tell You How He Feels

Scorpios are very protective of their hearts and they don’t share their secrets with just anyone.

When he is willing to be vulnerable and open up to you, it’s one of the signs that a Scorpio man has feelings for you.

But a Scorpio guy often needs to be gently coaxed into opening up. If you want him to stay with you, show him how much you care about him by encouraging him to share his feelings with you.

Don’t be demanding or try to manipulate him into talking to you. Wait for a quiet moment when you are alone together to ask him how he’s feeling and if there is anything you can do for him.

When you prove to him that you are a trustworthy and nonjudgmental confidante, he won’t want to break up with you.

Scorpios might be the most sexual people of all the zodiac signs. This doesn’t mean that they are sexually aggressive, but they have high libidos and need sex to feel happy in a relationship.

When a Scorpio man wants you, you will know from his smoldering stare. He has many seduction techniques, and one of his favorites is intense, unflinching eye contact.

When a Scorpio fixes you with his sensual gaze, know that he is thinking about getting physical with you.

If you want your Scorpio guy to stay with you, you should learn to read his many non-verbal cues that he’s in the mood for intimacy.

Keep up with his strong libido, be confident in bed, and don’t be afraid to get wild and experimental.

A Scorpio man won’t settle for a relationship with an unfulfilling sex life, so make sure to keep him happy by meeting his sexual needs.

Don’t Try to Control Him

Scorpios are naturally dominant and they love being in charge. They don’t need others to recognize their authority, but they like having control.

As much as he likes to control the people around him, a Scorpio guy can’t stand it when anyone, including his partner, tries to boss him around or manipulate him.

If you want to keep your Scorpio guy happy in a relationship, never order him around or tell him what to do.

This doesn’t mean that everything has to go his way and you won’t have any input. You can make suggestions, compromise, and reach decisions together.

But if you try to dominate him, he will push back. If you do it too often, he will eventually leave you.

Every zodiac sign is guided by a planet or heavenly body. A sign’s planet can tell us a great deal about that sign’s values and personality.

Scorpio is one of the few zodiac signs that have more than one ruling planet. Scorpio is governed by the planets Pluto and Mars.

Mars is the planet of war, which reveals that Scorpios are combative and argumentative.

It’s not that Scorpios enjoy fights or conflict, but they like the mental stimulation of a debate. They are very competitive and have to win every argument or disagreement.

If you want to keep your Scorpio guy, avoid arguments, but engage in friendly debates. You don’t have to agree on everything, and he appreciates an intelligent woman who knows how to articulate and defend her opinions.

Make Time for Him

A Scorpio man is independent but he gets very attached to his partner once he is in a committed relationship.

He likes to do everything with his partner, so if he is always too busy to spend quality time with you, it’s one of the signs a Scorpio man is playing you.

If you are wondering how to make a Scorpio man miss you, absence does not make this sign’s heart grow fonder. Leaving a Scorpio man alone for too long is a sure way to lose him.

If you want to keep your Scorpio guy, be sure to make lots of time for him and to include him in your daily activities as much as possible.

Sometimes you will each want to have time alone, and that’s okay, too. Just make sure you explain to your Scorpio man that you need some time to recharge, but you will miss him and you aren’t excluding him.

Be Patient and Sensitive

A Scorpio when hurt feels his emotions very profoundly. He needs a partner who is sensitive to his feelings and never tries to hurt him.

Some signs like to tease their partners and make fun of them to flirt. While plenty of signs enjoy this type of playful banter, Scorpios take it seriously and get upset.

Don’t make fun of your Scorpio guy, even if you are just kidding. Scorpios don’t care about what many people think, but when he loves you, he cares about your opinion of him.

He might not admit it, but it hurts his feelings when you tease him. If you want to keep your Scorpio guy, be sincere and kind.

Sometimes you may unintentionally hurt your sensitive Scorpio man’s feelings. When that happens, be patient with him and don’t disregard his emotions.

Your Scorpio man will stay with you if he feels emotionally safe with you and trusts you not to hurt him.