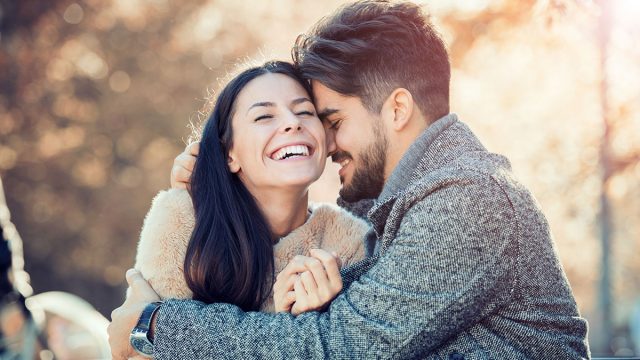 If you’re wondering about the Scorpio man Aquarius woman relationship compatibility, then you need to know how these two signs bond on every level.

Are they mentally, emotionally, and sexually in sync?

For a relationship to stand the test of time, the partners need to be able to connect in multiple ways. Having just a sexual connection or solely a mental connection isn’t enough.

So, are a Scorpio man and Aquarius woman soulmates, or are they doomed to fail, according to astrology?

Once you know about the astrological influences behind both of these zodiac signs, you will understand the relationship compatibility of a Scorpio man and an Aquarius woman.

When it comes to the relationship dynamic between a Scorpio guy and an Aquarius lady, the initial attraction between these two signs is stronger than their long-term compatibility.

What attracts a Scorpio man to an Aquarius woman is her aloofness. Although an Aquarius lady is kind and caring, she tends to come off as cold and unemotional at first glance.

But a Scorpio guy likes a challenge, and he’s not interested in a woman who acts too eager very quickly. The way she makes him work for her attention and affection will have Scorpio obsessed with Aquarius in no time.

Aquarius is the sign of the humanitarian, so an Aquarius lady likes studying people and trying to figure them out.

A Scorpio guy is deep, mysterious, and complex, so she will be intrigued by him and wants to get to know him better.

When they first meet, these two signs will enjoy exchanging witty, flirtatious banter and uncovering more and more layers of each other’s personalities.

Despite their initial attraction, the communication between Aquarius and Scorpio is terrible and will likely lead to the breakdown of their relationship.

Scorpio is one of the most intuitive zodiac signs, so a Scorpio guy is great at reading body language and deciphering how other people think and feel without them having to say a word.

While a Scorpio man’s intuition is one of his greatest strengths, it can also be one of this zodiac sign’s weaknesses.

Because he is so good at reading non-verbal cues, he might not feel the need to express himself with words. He may expect his loved ones to be able to understand him intuitively the way he understands them.

When he does express himself verbally, his words are quite nuanced. He expects people to read between the lines and pick up on the deeper meaning behind what he says.

But not everyone can read minds and decipher codes the way a Scorpio man can, which leads to communication problems.

Although an Aquarius woman is usually honest and direct, she may struggle with communication, as well.

She is very quirky and a unique thinker, so even though she tries to express herself accurately, other people often have a hard time understanding her eccentric way of thinking.

The Scorpio man will come off as passive-aggressive because he sits in silence, waiting for his partner to interpret his moods.

The Aquarius woman will try to coax him into using his words, but she can’t verbally express herself properly, either.

A romantic relationship between a Scorpio man and an Aquarius woman is bound to be fraught with communication problems because these two signs speak very different languages.

Along with having communication issues, the emotional compatibility of a Scorpio man and Aquarius woman relationship is quite poor.

Their vastly divergent approaches to emotions are perhaps best explained by their zodiac signs’ elements. Each astrological sign belongs to one of the four elements of nature: earth, water, air, or fire.

The natural elements reveal some of the quintessential personality traits and behaviors of the signs. They also help us predict compatibility by observing how these elements interact in the wild.

Scorpio is a water sign, and water signs are typically sensitive, emotional, and intuitive. A man born under the Scorpio astrology sign feels his emotions profoundly.

He makes decisions based on his moods and gut instincts rather than logic and statistics. He is guided by his heart more than his head.

Aquarius is an air sign, and air and water signs usually don’t work well together. In nature, air and water are opposites that don’t mix or complement each other.

An Aquarius woman takes the opposite approach to emotions as a Scorpio guy. Air signs are rational, analytical, and logical.

She makes decisions by doing careful research and backing up her choices with facts and data. She would rather trust science and experience than her feelings or intuition.

Although an Aquarius woman is compassionate and cares about other people’s feelings, she is not very in touch with her own emotions.

She struggles to recognize and process her feelings, and she actively avoids unpleasant emotions like anger and sadness.

In a romantic relationship, a Scorpio man will always feel like he is trying to draw out more from his Aquarius partner emotionally.

But she can’t, or perhaps won’t, be as vulnerable and sensitive as he needs, leaving an unfulfilled void in him.

The Aquarius woman, on the other hand, believes that her Scorpio partner is too volatile and fragile.

She will feel like she’s walking on eggshells around him, trying not to say or do the wrong thing by mistake to hurt his feelings or upset him.

Their different way of handling and expressing their emotions is one of the biggest obstacles hindering a relationship between an Aquarius woman and a Scorpio man.

While their emotional compatibility may be weak, the mental connection between Scorpio and Aquarius is quite strong.

A Scorpio man possesses one of the most powerful minds of the entire zodiac. He is a deep thinker and is interested in a variety of subjects.

A Scorpio guy craves power and intimacy more than anything else, so he likes learning about everything he can and enhancing his knowledge, and he enjoys connecting with people to find out information.

A Scorpio guy would make an excellent detective or investigator because he is always digging to find out the deeper meanings behind things, and he’s so highly observant that no detail escapes his notice.

As much as an Aquarius woman enjoys watching other people and learning more about them, she can be a bit of a dreamer with her head in the clouds.

Her obliviousness makes her miss things that catch a Scorpio guy’s eye, so she appreciates it when he brings them to her attention.

For his part, the Scorpio man likes seeing the world from an Aquarius woman’s quirky, analytical point of view.

Both Aquarius and Scorpio are highly philosophical. These two could talk endlessly about many topics, never tiring of hearing one another’s perspectives and enjoying uncovering new truths and ideas.

The sexual connection between Scorpio and Aquarius is one of the trickiest aspects of their overall relationship compatibility.

At first, Scorpio and Aquarius are sexually attracted to one another and have explosive chemistry. Both of these signs use sex as a way to get to know someone on a deeper level.

Scorpio is the sexiest of all the zodiac signs, meaning that physical intimacy is of the utmost importance to a Scorpio guy in a relationship.

He needs sex to feel connected to his partner, and he feels unloved and taken for granted if his lover pushes him away.

There’s nothing he won’t do to please his lover, and no kink or taboo is too extreme for him to try. For him, sex is a form of emotional expression that allows him to show his partner how he feels.

An Aquarius woman also uses sex as a form of self-expression, but she is much more playful and light-hearted in bed. She is creative and likes to try new things instead of doing the same moves over and over.

She doesn’t need to have an emotional connection with her partner to enjoy sex, and while she uses sex to get to know someone, it’s not necessarily a sign of love.

A Scorpio and Aquarius in bed together will have a great deal of fun at first, but their sexual relationship will quickly start to fall apart.

The Aquarius woman will find her Scorpio lover demanding and discontent because he wants to have sex more frequently than she does, and he gets pouty and emotional when she refuses him.

The Scorpio guy will feel like his Aquarius lover is emotionally and physically holding out on him when she’s not in the mood, and their dynamic will lack the true intimacy he craves.

Overall, the typical Scorpio and Aquarius compatibility simply isn’t strong enough for these two signs to have a successful, long-lasting relationship.

Although they may be attracted to one another at first, their many differences will quickly come to light as they get to know each other better.

They can enjoy a mental connection, but their communication styles, values, and methods of processing emotions create barriers that are too great for them to overcome.

An Aquarius woman and a Scorpio man are better off being friends, coworkers, or perhaps friends with benefits than trying to make a romantic relationship work.