Why Has a Sagittarius Man Stopped Texting Me? 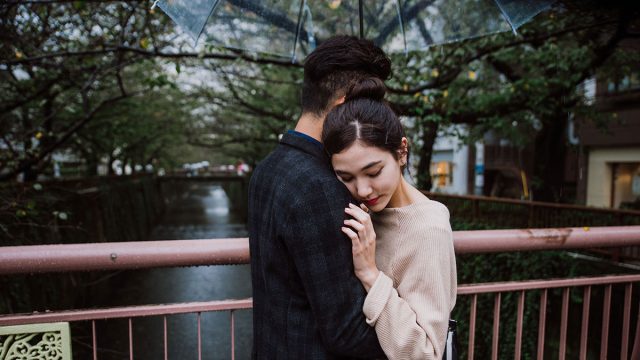 When a Sagittarius man stops texting, there can be any number of reasons why. It’s not always a reason to panic.

Sometimes, the reason has to do with what is going on in his life. Sometimes, he’s actually avoiding you.

If you’re wondering how to know when a Sagittarius man is done with you, he’ll make it obvious. He won’t ignore you for a few days and then reach out.

When he stops texting you, a Sagittarius man could have a number of things going on. He may be getting bored or he may be busy.

He may be reacting to something you’re doing that bothers him. He may also be distracted by his vast social network. Usually, he’ll come back around.

Signs that a Sagittarius man has lost interest in you can look very similar to signs that he just needs some space. One of the reasons a Sagittarius man will often slow down and stop texting back is if he feels you’re becoming needy.

Sometimes, a Sagittarius man is actually not sure if you’re being needy or demanding of his time because of a difficult situation or because this is a part of your personality. If he is trying to figure this out, he may stop contacting you for a while to see how you react.

He sees this as a text “reset” that allows him to take a break from the demands of the relationship without breaking up with you specifically. He may just want to get some perspective and time away. This is not a reason to panic.

If you’ve been insecure recently and your vulnerability has led you to act in needy ways, you’ll most likely see a Sagittarius man step back and go quiet. Use this silence as feedback that it’s time to slow down. This is a Sagittarius man’s way of regrouping.

Don’t take it personally if a Sagittarius man is acting distant. More often than not, his distance has more to do with him than it has to do with you. Often, he’s just busy. He may have joined a new organization or signed up for classes. He may be traveling or volunteering.

Sagittarius men are highly social and they love to get involved in many different organizations and clubs. Often, they overextend themselves. He may have had a lot of time for you just a few weeks ago and now it takes him days to respond to a text message.

If you haven’t had a fight and he’s just gone quiet, don’t worry. He is probably just busier than usual. If this is the case, he hasn’t forgotten about you and he will be in touch with you and back to being responsive after some time goes by.

Sagittarius men aren’t personally sensitive but they are sensitive to the plight of others, especially people who are oppressed. If you say or do something that offends his morality, he will tell you right away. He won’t keep it a secret that he’s offended.

Even once he’s had this conversation with you, he will still continue to lay low for a few days or even weeks. He may be sorting out his feelings or trying to gain perspective. If you’ve offended him and are not receptive to his feedback, he may go quiet for longer.

If this is the case, he may be evaluating whether he can continue the relationship since you don’t share his values and your words or actions have made it clear.

What a Sagittarius man wants to hear is that you are able to remain optimistic and confident even when he’s not around. If you become insecure when you don’t hear from him and blow up his phone with messages, he will shut down.

Sagittarius men often stop responding to your texts as a way to give you the message that they need space. This is an important boundary to pay attention to. If you overstep his boundaries he will see it as intrusive and will end the relationship for good.

Take a lack of response to texts as a sign that your Sagittarius man needs space at first. If you step back and keep yourself busy doing other things, rather than pursuing him, he will eventually come back around and initiate contact.

You need to have patience with a Sagittarius man. If he’s not interested, he will stop replying to your texts. At some point, he’ll honestly explain that he’s no longer interested in a romantic relationship. He believes in honesty and doesn’t like mind games.

If he has given you a clear message that he’s not ready to date or not interested in a romantic relationship with you, and you continue to try to attract or impress him, he may stop texting back.

He doesn’t like to be pursued. He may appreciate your passion and perseverance, but he will see your continued attempts at a relationship as intrusive and this is a major turn off for him. He will be likely to cut off communication with you completely if you do this.

If a Sagittarius man stopped texting, don’t continue to reach out. Leave him alone and give him a chance to miss you. If he doesn’t come back around after a few weeks, he’s showing you he’s not interested. It’s best to move on.

Is your Sagittarius man painfully distant? Rekindle your love.

A Sagittarius man not responding to text messages may be sending you a signal. If a Sagittarius man felt smothered in the relationship, this is his way of trying to reassert his independence. He may not want to break up, but he may want to reclaim autonomy.

Sagittarius men can’t tolerate feeling smothered in a relationship. He’ll feel suffocated even if you’re just trying to be nurturing and compassionate. Like a boomerang, when a Sagittarius man feels you’re getting too close, he’ll want to go as far as possible to regroup before reconnecting.

If he was feeling smothered, the best thing you can do is step back. Usually, he’ll find his sese of independence and will work to balance the relationship back out again. He will be back in touch but needs to feel he can do it on his own terms.

When a Sagittarius man goes quiet, it could be a sign he’s falling in love. As paradoxical as this sounds, a Sagittarius man in love may shut down at first. He is afraid of commitment because he doesn’t want to lose his independence.

He will step back from the relationship if things start to become too intense. When a Sagittarius man disappears, he may be trying to cool off. He may stop texting for a brief period of time to try to stifle his passions and remain rational.

If this is the case, he’ll be back. A Sagittarius man falling in love doesn’t want to call it quits necessarily. He just goes through an initial panic when he realizes he’s actually developing feelings. He knows commitment is imminent and fears what this means for his independence.

If you always see the glass as half empty, don’t be surprised if a Sagittarius man stops texting you back. He is optimistic and joyful by nature. Although he tries to uplift others, he doesn’t have much tolerance for someone who always down in the dumps.

If you’re cynical, a Sagittarius man will find it exhausting to communicate with you. He will distance himself from you as a way of distancing himself from negativity.

If he isn’t responding to your texts, try to step back for a while and consider how you can get into a better mood. Do something positive for yourself and take time to nurture yourself.

A Sagittarius man will be more responsive to you if you are upbeat and optimistic. If you can try to see the best in a situation, he will have more interest in interacting with you. If you are taking yourself (and the world) too seriously, it will show in your communication style and he will lose interest in you.

When a Sagittarius man doesn’t text back, one of the most common reasons is that he is trying to reclaim his independent space. Sagittarius men don’t like being confined and restricted. If he feels the relationship has become stifling, he will shut down.

If he feels you have tried to limit his options in any way, he will start to shut down. He will go quiet when you make demands on his time, encourage him to not talk to his ex, or try to limit his spending by criticizing his budgeting decisions, for example.

He doesn’t outright rebel against restriction. He just drops communication and moves on. Even when he is in love, a Sagittarius man needs to have quite a bit of freedom. If all of his decisions as an individual suddenly become shared decisions in the relationship, he will feel stifled.

Even though some of these measures are completely normal for healthy relationships, a Sagittarius man prefers a greater degree of independence and distance in a relationship than the average guy.