Why is Sagittarius Man Slow to Commit to a Relationship? 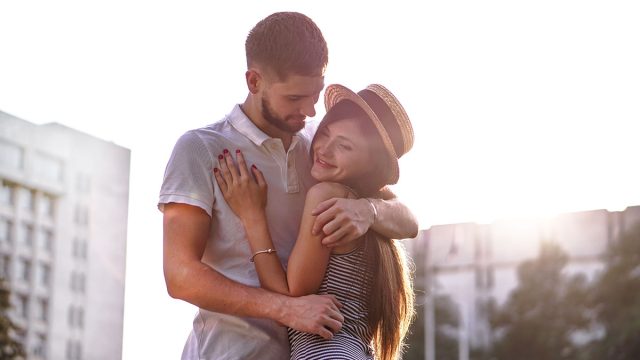 One common stereotype is that Sagittarius men are slow to commit. Unfortunately, as with many stereotypes, there is a basis for this.

Somebody who values freedom and independence is going to have a hard time settling down. It can be done, though.

Why are Sagittarius men so afraid of commitment? One of the key reasons is that they are adventurous and like to do as they please.

But, unfortunately, relationships can get in the way of that, at least in their minds.

Sagittarius men are also prone to changing their minds easily. They find it hard to stay in relationships because their idea of a perfect partner never remains the same. Their values don’t always stay the same, either.

Sagittarius men can commit, but it often takes a lot of time and patience.

Sometimes the reason they never commit to relationships is that the relationship ends before they get a chance to.

Single Sagittarius men are used to being able to do what they want when they want to do it. They don’t have to consider anyone else if they want to run off at the last minute. They’re free to do as they please.

A Sagittarius man might see “commitment” as being a loss of that freedom. If he’s in a relationship, he has to worry about the thoughts and feelings of somebody other than himself. He may not always want to do that.

When he’s willing to “give up” a little bit of freedom and let you into his space, this is one of the signs a Sagittarius man has feelings for you.

However, sometimes he just needs to learn that being in a relationship doesn’t actually mean giving up all your freedom.

Once he realizes that a relationship won’t stop him from being himself, he’ll be much more willing to commit.

In addition to valuing their freedom, Sagittarius men are fiercely independent. They don’t like to rely on anyone other than themselves.

He is used to doing things for himself. He doesn’t mind helping others out from time to time, but he also doesn’t want to feel like you’re constantly asking him to do things for you. He wants to know that you can get by just fine without him.

They prefer partners who also don’t rely heavily on them. So if you’re with a Sagittarius and he thinks you’re too dependent on him, he may pull away.

There are ways to avoid this. When a Sagittarius man ignores your text, don’t send a million follow-ups. He’ll get around to it when he wants to.

By letting him be, you’re also showing him that you’re an independent person just like he is.

Sagittarius men can be the life of the party, but that doesn’t mean they like to be around people 24/7.

Even if a Sagittarius man does enjoy being around people constantly, that doesn’t mean he wants to be around the same person.

He doesn’t like partners who he considers clingy. He wants to be able to spend time away from you without you being upset about it.

If a Sagittarius man is acting distant, he’s doing it on purpose. He wants to distance himself from you because he needs more space.

Sagittarius men can sometimes have unrealistic standards for what they want in a partner. He thinks highly of himself, and he always wants the best.

What he considers to be “the best” when it comes to a partner isn’t always realistic. For example, a Sagittarius man might have multiple contradictory preferences that make it impossible to find the right person.

He wants somebody who is as independent as he is, but they still need to give him the attention he desires. He wants space until he wants to spend time with you, and then he wants you to be available.

He may have a great relationship with you but be unwilling to commit because it isn’t exactly what he wants. Until he learns to get over that, he’s never going to be able to properly commit to somebody.

Many relationships for a Sagittarius man are casual relationships. This is because he gets bored easily and doesn’t want to commit until he’s absolutely sure he will not grow tired of his partner.

He doesn’t want a partner who prefers to stay in all the time. Instead, he wants somebody who will go out with him and do things he finds enjoyable.

He might get bored of where he’s living and decide to move just like that. But, if his partner isn’t willing to move with him or have a long-distance relationship, he’ll just call it quits.

He hates falling into routines. So if he feels like he’s always doing the same thing with you, it’s not going to feel comfortable. It will feel unbearable.

Sagittarius men get easily bored in bed as well. So if you aren’t doing things to spice up your sex life, he’ll find someone else who will.

There are times it seems like a Sagittarius man is moving too fast, then he’ll immediately put on the breaks. This is because he can change his mind at the drop of a hat.

Sagittarius men are philosophical thinkers. They enjoy learning new things. When presented with new facts, they have no trouble changing their minds.

This can be drastic sometimes. People change and grow. They change their minds and values over the years. He sometimes changes his values multiple times over the course of a couple of months, though.

A Sagittarius man might be dating somebody whose values are entirely in line with his. What happens if his values change, though? He might discover religion. He might read a book that changes his life.

If his partner’s values are no longer in line with his ever-changing ones, that can be enough to end the relationship before he properly commits to it.

Telling a Sagittarius man how you feel can be challenging at times because he isn’t the best when it comes to communicating about emotions. This is especially true when you’re feeling upset about something.

He prefers to be laid back. He wants to have fun. Difficult emotional conversations just aren’t fun to have, no matter who you are. So he’d prefer to avoid them at all costs.

Being in a relationship means you sometimes have to have those conversations anyway. If he’s not willing to do that, he’s not going to commit.

It’s not easy at all to learn how to get a Sagittarius man to open up emotionally. First, he has to want to get more in touch with his emotions. Second, he has to make an effort to be more comfortable with the feelings of others as well.

Sometimes, a Sagittarius man just doesn’t know what he wants. This makes it hard to commit to somebody, even if he wants to be in a relationship.

He might be falling for somebody but still not know if he wants to be in a relationship with them.

Unfortunately, his doubts and insecurities sometimes get the best of him and stop him from doing things to move relationships forward.

He’ll be wondering if the relationship is worth “giving up” his freedom. He’ll agonize over whether or not he’s ready for a relationship. Even after he’s gotten into a relationship, he might still be unsure about it.

When a Sagittarius man is done with you, he’ll often try to remain friends. However, he might change his mind and want to start up your relationship again later, so he doesn’t want to leave things off on a bad note.

A Sagittarius man is always seeking that next high. He gets a rush from trying new things. As a result, he has “once in a lifetime” experiences regularly.

He’s used to meeting people and clicking with them, only to find somebody else he clicks with better at a later date.

He might be hesitant to commit to somebody because he’s worried he’ll meet somebody better. But, unfortunately, that uncertainty is sometimes enough to sabotage any relationship he finds himself in.

A Sagittarius man often has a huge ego. He thinks highly of himself and wants others around him to as well.

This ego can get in the way of his relationships with people. Sometimes, people refuse to commit to him because of it, instead of the other way around.

It also stops him from committing to relationships. He might think somebody isn’t “good enough” for him. He might believe he can do better, even if he’s in a healthy, loving relationship.

At the end of the day, he has to be willing to accept that he’s not perfect. Nobody is. Until he can do that, nobody is going to be good enough for him to commit to.