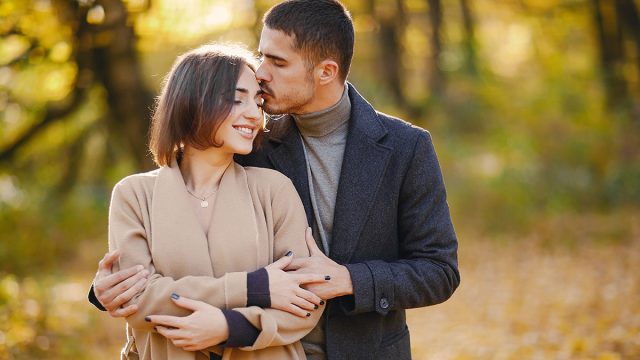 Since these two signs are right next to each other in the order of the zodiac, you might assume that the Sagittarius man and Scorpio woman compatibility is strong.

Other than their similar location on the zodiac wheel, Sagittarius and Scorpio have little else in common.

But just because two signs have different personalities doesn’t mean that they can’t make a good couple.

You can determine whether or not a Sagittarius man and a Scorpio woman make a perfect match by gaining a better understanding of what their astrological signs want in a partner.

A Scorpio and Sagittarius friendship is possible, but it is not the most natural, easy relationship for either sign.

A Sagittarius man and a Scorpio woman have very divergent values and outlooks on life. Sometimes, opposites attract; but in this case, their different expectations from a friendship will break them.

A Sagittarius and Scorpio friendship will be fraught with insecurity, hurt feelings, and frustration because they don’t speak the same language and they can’t give each other what they need.

A Scorpio woman is intense, and she expects nothing less than complete devotion and loyalty not only from her romantic partner but also from her friends.

She doesn’t get very close to many people, but the few friends she lets into her heart will stay there forever.

Trust and reliability are important to her in a friendship, and the flaky, inconsistent Sagittarius man can’t meet her requirements.

A Sagittarius man is a free spirit. He embraces change and hates being tethered to any person, place, or thing.

He is very social and outgoing, so he has a wide circle of friends and acquaintances. He is open and honest, but because he’s always on the move, he doesn’t get close to very many people.

A Scorpio woman wants emotional depth and someone she can count on in a friend, and a Sagittarius man will only fail her tests.

A Sagittarius man likes to surround himself with fun, exciting, easy-going people, and the controlling, disciplined Scorpio woman isn’t wild or laid-back enough for him.

While they can get along in a group of friends and will enjoy getting to know one another at first, there is little chance of these two signs having a deep, lasting friendship.

After an initial period of fast, close friendship, they will probably both realize their incompatibilities and put some distance between themselves.

If they have a lot of mutual friends, they will enjoy being around each other at parties and events, but they won’t hang out together one-on-one.

Since they have such different expectations of a friendship and can’t form a close platonic bond, it should come as no surprise that a Sagittarius man and a Scorpio woman don’t make an ideal couple, either.

Not only do their signs’ typical personality traits clash but there are also many astrological aspects that make them incompatible.

Sagittarius and Scorpio are placed directly next to each other in the order of the zodiac, with Sagittarius following immediately after Scorpio. Typically, neighboring signs don’t make the best romantic match.

Think about two people who live next door to each other in the same neighborhood. In theory, they should have a lot in common since they chose the same place to live.

But in reality, they say that good fences make good neighbors for a reason. One neighbor could be the type of person with lawn ornaments and toys covering the yard, while the other has a pristine, perfectly landscaped garden.

The Sagittarius man would be the neighbor who is always having parties or is never home because he’s always at someone else’s party, while the Scorpio neighbor is always in her well-maintained, orderly home.

These differences are highlighted even more by their signs’ spiritual ages. Every sign has a spiritual or mental age determined by that sign’s order in the zodiac.

Although they are right next to each other in the order of the zodiac, Scorpio and Sagittarius belong to different age groups.

Spiritually, a Scorpio woman is like an adolescent or young adult. This zodiac sign has intense emotions and is very concerned with worldly things and experiences.

A Sagittarius man is more of an old soul, which partially accounts for his easy-going personality.

He has the aura of someone who has seen it all before, and he knows he is only on this planet for a good time, not a long time.

These two signs have vastly different mentalities and priorities, and their goals and emotional natures don’t align well enough to form a strong romantic connection.

Because of the many obstacles that stand in the way of these two signs having a successful relationship, a Scorpio and Sagittarius marriage is unlikely to last.

The Scorpio and Sagittarius compatibility is so weak that it would be surprising if they even make it to the altar in the first place.

The first issue in their partnership is that they have very few common interests and beliefs.

Sagittarius is the sign of the traveler. A Sagittarius man yearns to see the world, and he is daring and adventurous. He wants to meet as many new people and explore as many cultures as possible in his lifetime.

A Scorpio woman is more interested in mastering her emotions and controlling her surroundings than embracing new people and places.

While a Sagittarius man is an extrovert and wants to expand his horizons as much as possible, a Scorpio woman is more introverted and insular.

The Sagittarius man’s need to communicate with lots of people and roam the globe as an unattached, carefree individual won’t suit the emotional needs of a Scorpio woman.

She wants a partner who is completely devoted to her and will be there for her when she needs him.

A Sagittarius man can be counted on for a good time, but little else. He can’t offer the stability and comfort a Scorpio lady needs.

Meanwhile, the Sagittarius man doesn’t really want to settle down with a partner, but if he chooses to be in a monogamous relationship, it has to be with someone who will accompany him on his adventures.

His ideal partner has to be adaptable and easy-going, and a Scorpio woman is neither of these things.

They will never be able to trust each other or cohabitate peacefully as a couple because of their extraordinarily different needs and expectations.

Although they are too different to have a successful romantic relationship, surprisingly, a Scorpio woman and a Sagittarius man are sexually very compatible.

The typical Scorpio compatibility with anyone can be strong when it comes to sex because Scorpio is the sexiest sign of the entire zodiac.

A Sagittarius man is charming and flirtatious, and he has a strong libido. He will have a high number of sexual partners in his lifetime.

Even though their personalities clash, these two astrological signs will be attracted to one another like a magnet when they first meet.

A Scorpio woman is sexy, mysterious, and seductive. She knows how to turn on any guy and can amaze him in bed.

The Sagittarius man won’t be immune to her charms, and he will try to take her to bed as quickly as possible. Their physical chemistry is undeniable, but their emotional expectations are very different.

A Scorpio woman is capable of enjoying a one-night stand, but she prefers having a mental and emotional connection with her lover. She is likely to catch feelings after sleeping with someone.

A Sagittarius man enjoys banter and can provide stimulating conversation for a Scorpio lady, but he lacks the emotional depth she is looking for in a real relationship.

Once he has conquered a woman sexually, he is ready to move on to the next. He rarely finds someone that he wants to form a deeper connection with, and he would rather get to know someone new.

If the Scorpio lady can accept a casual sexual relationship with a Sagittarius guy, they can have a lot of fun together.

She is very passionate and sentimental, but she is capable of compartmentalizing her feelings when it comes to sex, as long as she doesn’t hold out hope for anything more.

If the Sagittarius man leads her on and makes her think he wants to be monogamous with her, resentment and distrust will grow, ruining the fun, sexual bond they share.

But if he is honest and kindly explains to her that he’s not looking for a serious relationship with anyone, she can understand and appreciate his sincerity.

For a Scorpio and a Sagittarius, friends with benefits is perhaps the best type of relationship these two signs can hope for.

As long as the Scorpio woman manages not to get emotionally attached and the Sagittarius man is considerate of her feelings when they are together, they can have a fulfilling sexual experience.