How to Play Mind Games With a Sagittarius Man 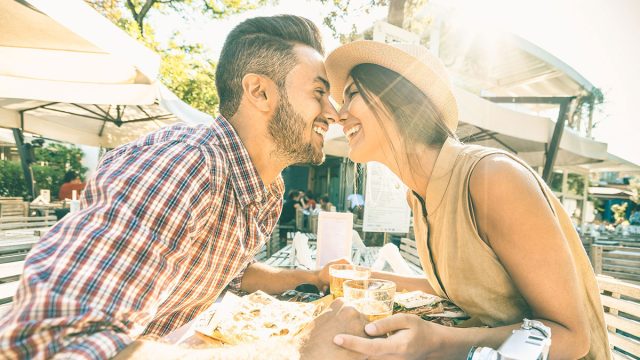 If you want to know how to beat a Sagittarius man at his own game, you have to understand his personality. To a Sagittarius, manipulative mind games are unforgivable.

To a Sagittarius man, testing you may not be intentional. He’s just slow to make a commitment. He may seem to lead you on because he keeps himself at a distance.

Ignoring a Sagittarius man back after he hasn’t responded won’t hurt his feelings but it will send a signal that you are busy. This is a good sign, as he’ll take you seriously if you’re less available.

The best way to play mind games with a Sagittarius is to be sly, subtle and to stay a step ahead of him. If you go too far, though, he has no problem walking away and leaving you behind.

If you see signs that a Sagittarius man is not into you, the best thing to do is to keep your distance. If he’s going to have a change of heart, he’ll need space to decide. If you play mind games with him by intruding on his privacy, you’ll definitely get under his skin.

The only problem is, he won’t likely forgive you. If you want to make him feel uncomfortable and second guess himself and his boundaries, intruding on his privacy does the trick as long as you don’t mind potentially losing the relationship.

If you intrude on the privacy of a Sagittarius man by checking his phone or reading his social media messages, he’ll feel profoundly upset and violated. He may even go as far as to change his number and get new devices, rather than just changing his password. He’ll see this as a violation of trust and it will mess with his mind.

If you’re wondering how to make a Sagittarius man miss you, the best thing to do is to be confident, independent and less available. If you want to play mind games with him, however, you can make him feel uneasy by gaslighting him.

Sagittarius men pride themselves on morality and integrity. When you make him second guess his beliefs and ideas, you’re going to hit a nerve with a Sagittarius man. If he knows for a fact you are gaslighting him, he will shut down completely and may never speak to you again.

He’s too self-confident to engage in relationships that aren’t healthy and respectful. Yet if you want to get under his skin, playing with his mind by calling his sense of reality into question is one of the best ways to do it.

If you see signs a Sagittarius man is falling for you, and you want to play mind games with him, start to question his ideals. His ideals are more important to him than his family. Questioning his moral stance is akin to insulting his mother, but in a passive-aggressive way.

When you question why he only shops organic, fair trade, and vegan for example, you’ll mess with his mind without directly attacking him. Suggest that his interpretation of a moralistic belief or behavior is misguided, for example.

When you plant seeds of doubt in the mind of an optimistic Sagittarius man, he will feel unsettled. If you want to slightly unnerve him, this is the best way to do it as it is a subtle tactic that will be largely undetected.

How a Sagittarius man shows love is by sharing information with you and expanding your mind. When he shares trivia with you, he thinks he’s giving you a gift. If you challenge his facts, it will hurt him in an underhanded way.

He doesn’t take most things personally, but if you challenge his ideas and facts, he will become personally insulted. Challenge a Sagittarius man’s facts and information and he will feel as if you are personally attacking him.

If you want to know how to keep a Sagittarius man hooked, you’ll want to remain a mystery. But if you are too evasive, it will just turn him off. One way to play mind games with a Sagittarius man is to cancel travel plans, especially at the last moment. He’ll still have a great time on his trip, but he’ll constantly wonder why you bailed on short notice.

When a Sagittarius man is looking forward to traveling with you and you cancel on him, he’ll take it to heart. He’s independent enough to not be completely crushed, but it will put a damper over his plans.

He won’t spend the trip pining over you, but he will think of you more often and second guess himself, wondering if he did something wrong. Taking up space in a Sagittarius man’s head in this way, especially when he is traveling, can take a toll on him and bring him down from his usually pleasant outlook.

When you know how to read a Sagittarius man, you can use his vulnerabilities against him. He knows this and so he won’t readily show his vulnerable side. But when you get to know his preferences and what traits are important to him, you can use this information strategically.

When you are inconsistent and waver on your commitments, it gets under his skin. A Sagittarius man expects people to be constant at least in their ideals and morals. He doesn’t care as much if you are rigid in your actions or not.

As long as he can be reassured that your beliefs and opinions are constant. If you keep changing your attitudes and opinions about humanitarian issues, politics, religion and culture, he’ll become unnerved. He will feel as if he can’t trust you.

One of the worst offenses you can commit in the eyes of a Sagittarius man is to be indifferent or uncaring when it comes to other people. If you don’t share his humanitarian side, a Sagittarius man may become upset with you or even feel personally betrayed by you.

Express antisocial ideas. Act selfishly and disregard the needs of others, and it will mess with your Sagittarius partner’s head. This is particularly true if he already feels like he knows you. If he’s sized you up as a caring and compassionate person and you shock him with selfish and antisocial ideas and behavior, he’ll be stumped.

He won’t understand the reason for the change in attitude. He’ll wonder if he misjudged you in the first place, or if you were being deceptive. He may become obsessed with trying to analyze where he misread your signals.

If you want to play mind games with a Sagittarius man, criticize his friends. His friendships mean a lot to him and he often thinks of friends as if they were his extended family. When you speak poorly about his circle of friends, he’ll take it personally.

Tread carefully here. If you go too far, he will just feel insulted. He may even see you as a bully and will instantly put his guard up. He may cut you off altogether. If you criticize his friends, a Sagittarius man will always take their side, not yours.

If you want to use this strategy without losing him, be subtle. Criticize things his friends are doing. Don’t make personal attacks against them. Make him second guess what he sees in them.

A Sagittarius man is hedonistic and wants to seek pleasure, often carelessly. If you want to find an easy strategy to play mind games with a Sagittarius man without directly insulting or confronting him, try to get him to curb his spending.

If you have shared finances, limit his access to money. Put a cap on his spending or institute a budget. This will make him feel confined but at the same time, because your rationale is logical, he can’t accuse you of trying to control him.

This puts him in a bind that makes him feel uncomfortable. You can play with his mind easily when you try to get him to limit his spending in the name of austerity and financial planning. He doesn’t like to be reminded that he has a limited amount of money in the first place.

Similarly, Sagittarius men are flexible and need to have a carefree and spontaneous lifestyle. If you try to impose rules, limits, order and routines, you’re playing with his head without even knowing it. Criticize a Sagittarius man’s lifestyle when you want to play mind games with him.

When a Sagittarius man hears you deconstructing the merits of his lifestyle choices, he will become insecure. He’ll start to panic and wonder if he’s not living in alignment with his morals. He may also feel annoyed but will try to be open to what you are saying. He may stress out over how much of your critique to take seriously.

If you tell him that his lifestyle is not as humanitarian or aligned with his ideals as he believed, it will mess with his mind. He may even lose sleep over the comments you made. The more you can be discreet about your statement, the better. Otherwise he’ll see it as a personal attack and will just ignore you.