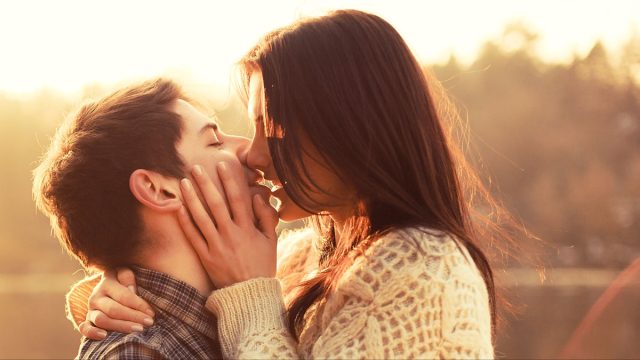 Many Sagittarius men are kinky. Not all of them are completely wild, but they do like to mix things up in bed.

He is open to new experiences in all areas of life, sex included. He’ll try anything once.

Do Sagittarius men like kinky stuff? The short answer is yes; they are highly likely to.

Even if he doesn’t like all kinks, he is at least willing to try them. He is the type of person who loves new experiences.

He’s adventurous and curious about new things. So even if he doesn’t end up liking something, he’ll be glad he tried it.

Sagittarius men enjoy partners who are as open as they are. They need somebody to try everything out with, after all. They may go through multiple partners to do this.

Sagittarius men are curious about the world. They want to try everything the world has to offer and know as much as possible. This is the case when it comes to sex.

Once something intrigues him, it’s going to be on his mind until he tries it. After that, he might research, so he’s not going in blind. He wants to know how to do things correctly.

His curiosity is endless. Once he’s learned all there is to know about one thing, he’ll move on to something else. He never stops learning and gaining new knowledge.

Sagittarius men are known for being adventurous. This doesn’t just mean he travels a lot. He’s also adventurous in bed.

For him, sex is just another way he can gain new experiences and learn about the world. He doesn’t shy away from mixing things up in bed. He won’t shy away from unconventional kinks, either.

He likes partners who will go on the adventure with him. Someone who researches to try new positions, new toys, and new everything will be a better partner for him than someone who only enjoys vanilla sex.

A Sagittarius man’s sexting style can show off just how kinky and adventurous he is.

For example, he might send you something filthy while you’re at work just to get you riled up. He doesn’t care if it’s indecent as long as the two of you are having fun.

Sagittarius knows who he is, and he knows what he wants. He knows how to get it, too.

He tends to be more dominant in bed. If he wants to try something, he’s going to try it. He enjoys it when his partners go along for the ride and let him have what he wants.

He’ll make sure his needs get met. Sex is about pleasure, after all. If he doesn’t finish, he’ll be disappointed. If his partner doesn’t want to try something, he may ask again until they are willing to try it.

Is a Sagittarius selfish in bed? He can be, yes. He likes to take charge. He’ll focus on his own needs first at times. You may need to push a little to get your own needs met.

Some people enjoy dominant partners. Some don’t. If you want someone more gentle and calm in bed, maybe don’t sleep with a Sagittarius.

Of course, exact turn-ons will depend on the person, but some general things are sure to please any Sagittarius.

Firstly, be willing to try anything once. Your openness and desire to have new experiences will turn him on more than anything else.

If you end up not liking something he does, that’s okay. Move on and just keep trying other things. He won’t be mad at you for not liking everything. He just wants to know you’re down for anything at least once.

Where do Sagittarius men like to be kissed? Anywhere and everywhere! There are certain places some men might consider to be off-limits. Not Sagittarius!

A Sagittarius man’s relationship with you will suffer if you’re not open to trying new things.

Some people only like specific things and don’t like to venture outside of their comfort zone. There is nothing wrong with that. Some partners will be just fine doing the same thing most of the time.

Sagittarius is not one of those partners. He’ll be turned off if you say no to every new suggestion he has.

Moreover, if he feels like he is constantly being turned down, he’ll find a different partner who is more adventurous.

As mentioned before, he’s very focused on his own needs. You don’t have to put him first all the time, but if you’re also the selfish type, you two may be incompatible.

Longing to win the heart of a Sagittarius man? Put him under your spell...

One thing to keep in mind is that sex does not equate to love to a Sagittarius man. Even if he does love you, that doesn’t always mean he’ll love only you. A Sagittarius man in love isn’t always willing to commit to one person.

A Sagittarius’ sex life is about sex, and his love life is about love. Sometimes these two things overlap, sometimes not. His partner needs to understand this.

Just because he has sex with you doesn’t mean he loves you or wants to commit to you.

He may have a great time fooling around with you for a few months and then quickly move on to someone else. This might seem cold. He’s not trying to be cruel; he just doesn’t always connect to people and has no trouble leaving them behind.

Kissing a Sagittarius will show you how passionate he is even before you two jump into bed together.

He likes to take the reigns and dive in when it comes to sex. When he is passionate about something or someone, it’s obvious.

His is not a quiet passion. On the contrary, he puts in the effort required to have a good time. He takes sex just as seriously as he takes any hobby or interest of his.

This passion doesn’t stop when he’s in a committed, monogamous relationship either. He won’t fall into a routine, and he won’t calm down as the years go on.

If he loves you, he’ll be all the more passionate. He’ll be physical and affectionate and show you just how much he appreciates you.

Be ready for some excitement once you’ve got a Sagittarius man in bed.

He’ll mix things up, sometimes last minute or without warning. So go with the flow if you can and enjoy the road.

Sagittarius men can often be loud and rowdy in bed. They might like it rough. Sex is not a soft, gentle affair for him most of the time.

He’s probably done some things you’ve never heard of, let alone tried before. He may have had multiple partners before you. Don’t let that scare you off or intimidate you.

Some people are uncomfortable with kink. Some are okay with a few things but completely shy away from others. Sagittarius is down for almost anything.

In general, the answer to “What should I try in bed with a Sagittarius?” is anything and everything.

If there’s a kink you’ve been curious about, let him know. Even if others have turned you down in the past, he’ll likely say yes.

You can try wearing thigh highs or other clothing that shows off your legs.

A Sagittarius man’s favorite position may vary from person to person (or from day to day for the same person). He tends to like ones where he is in a dominant position, however. There are plenty of things to try that will allow him to be in control.

Many Sagittarius men also enjoy group sex and swinging. Again, it’s not for everyone, but you may want to give that a try sometime.

Don’t turn something down just because it’s unconventional. Sometimes, you may think you won’t like something. After you’ve tried it, however, your tune may change.

Sagittarius men get bored with lovers who won’t let them explore. He’ll develop particular preferences and like to do some things frequently, but he doesn’t want to do the same thing day in and day out.

Avoid falling into a routine. If he always knows what to expect from you, he’ll grow tired of your sex life.

Don’t listen to that voice inside your head that says something is too dirty or too embarrassing. As long as everything is safe, sane, and consensual, don’t let more conservative ideas about sex stop you from trying out new things.

You should also avoid letting him push your boundaries, though. Boundaries should always be established in sexual relationships. You can be open and have fun without making yourself uncomfortable.