9 Signs a Sagittarius Man is Ready to Commit 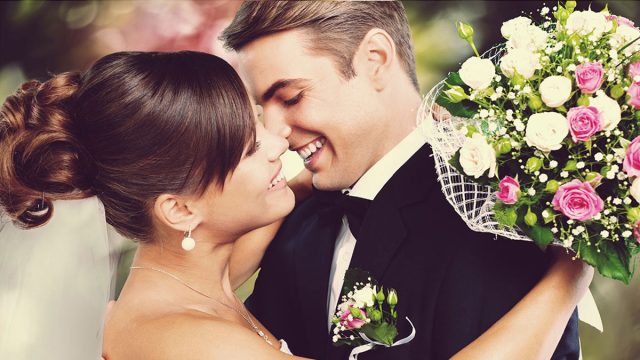 Getting a Sagittarius man to commit is sometimes an uphill battle. Even if you are ready, that doesn’t mean he is.

When he is ready, he’ll show some obvious signs. Just wait for him to be ready to commit. You won’t be disappointed.

Some Sagittarius men will start showing you that they’re ready to commit by being more supportive and more open.

If he was emotionally distant before, he’ll start trying to connect with you more.

A Sagittarius man might do obvious things like talking about the future or discussing commitment hypothetically. He does this to see your reaction to the idea of a committed relationship.

Your Sagittarius man will also start discussing his values with you and sharing his life more. He’ll introduce you to his friends and family. He’ll share hobbies with you.

How do Sagittarius men act when in love? When he’s in love, your Sagittarius man won’t be able to keep his eyes off you.

Being in love doesn’t necessarily mean he’s ready to commit. Some Sagittarius men will still have issues with commitment no matter how much they love a person.

A Sagittarius man who is ready to commit will start focusing on you more. This doesn’t just mean that he’ll be focused on your looks.

Your life and interests will be important to him. He will take an active interest in your hobbies. He will ask how your friends and family are doing.

He will want to be involved when you make important life decisions. You might be thinking about getting a new job. He will help you look and go over your options with you. He’ll be invested in your job search.

He might also help you with your finances. If he commits to you, he wants you to be in a good place financially.

2. Talks About The Future

A Sagittarius man will start talking about the future and including you when he’s ready to commit.

He might ask you to come to events with him that are months or even years away. Your Sagittarius man will ask you to be his plus one for an upcoming wedding.

He might start planning a vacation for the two of you next summer. He’ll only do this if he thinks you’ll still be around by the time summer rolls around.

He may not talk about the future if you’re in the early stages of dating a Sagittarius man. He might not see you in his future yet.

As he gets closer to you, he’ll start to talk about the future more. He won’t be afraid to assume that you’ll still be together years from now.

When a Sagittarius man is not interested in commitment, he will avoid talking about the future. He won’t include you in plans, even if they’re only a few months out.

A Sagittarius man will be actively interested in your hopes and dreams when he wants to commit to you.

He wants to make sure that your goals are compatible with his. He doesn’t want to find out years down the road that you two want different things in life.

If you want to get married and start a family within the next couple of years but he’s not ready, that will show him you two aren’t compatible. He would rather know something like that before he commits to you long-term.

It will also be a sign to him that the relationship might not work out if you have no real goals. He needs a partner who will learn and grow with him. He doesn’t want somebody who will resist change.

Listen to your Sagittarius man when he talks about his values and morals. If he starts talking about them often, he’s thinking about committing to you.

His values are important to him. They might grow and change over the years but he wants to know if you two share most of the same values right now.

There are some things he’ll be willing to compromise on. His values aren’t often something he’ll let go of. If you two have wildly conflicting values, he won’t want to be in a long-term relationship with you.

A Sagittarius man will share his life with you more and more as he gets ready to commit to you.

He’ll introduce you to his friends and family. That is a big step for him. If he has no intention of staying with you, he’ll avoid taking you home to meet his family. He won’t invite you to hang out with his friends often.

Your Sagittarius man will want to involve you in his hobbies. He knows you two won’t have all the same interests but he will try to include you when he can.

He also won’t be afraid to share his fears with you. Your Sagittarius man might start asking for help more. He only does this when he truly trusts somebody.

A Sagittarius man’s personality is a highly independent one. When he’s open to relying on you sometimes, that means he’s ready for commitment.

The truth about Sagittarius men is that they can make very loyal, supportive partners. Your Sagittarius man has to want to be that kind of partner to you, though.

Your Sagittarius man will show you he cares by being a shoulder to cry on. He will gladly listen to your problems and help out when he can.

Sagittarius men don’t always like it when other people are reliant on them. When he’s ready to commit, he’ll be fine with you relying on him sometimes.

He will do all he can to be there for you when you need him. He’ll offer help when you’re stressed out. He will try to give you emotional support when you’re upset.

He’s ready for commitment if you can go to him about anything. He won’t offer his time and support to somebody he doesn’t intend to stay with.

A Sagittarius man’s commitment issues make it hard to open up to people. He doesn’t like having emotional discussions. Even if he loves you, a Sagittarius man will have a hard time opening up.

Why do Sagittarius men hide their feelings? Some are afraid of being hurt. Some don’t like to be seen as too emotional. Others don’t know how to express their feelings properly.

Your Sagittarius man will show you he’s ready for a long-term relationship by trying to open up more.

He won’t always succeed. It will take time for him to learn how to be open with you. He will try his best, though.

Your Sagittarius partner will start sharing his feelings with you more. If he’s upset, he will come to you for support more often.

He will want to be open with you even if it’s difficult for him. A Sagittarius man will do anything he can to establish a deeper connection with his partner when he wants to be with them forever.

When he does his best to be there for you during the hard times, that’s a sign a Sagittarius man has feelings for you.

It is difficult for Sagittarius men to be around emotional people. They don’t always know how to handle things when somebody else is upset around them.

Your Sagittarius man will do his best to be there for you when he cares about you. He will want to cheer you up. Even if he can’t do that, he’ll be fine just sitting with you and offering support.

He will listen to your problems. If you need advice, he’ll gladly offer it. If you just need to vent, he’ll let you vent.

A Sagittarius man who is ready to commit will want to be closer to you emotionally. He knows that he needs to be there for you if he wants to have a strong relationship.

A Sagittarius man might start hypothetically discussing commitment if he’s thinking about committing to you.

He might start dropping small hints. Your Sagittarius man will talk about weddings he’s been to recently. He may start sharing his vision for a future wedding too.

He may also start saying things like, “If we lived together…” or, “If we have kids…”. That is a definite sign he’s ready for commitment!

They might be hypothetical statements but that is his way of signaling that he’s thinking about a future with you.