What Happens After a Sagittarius Man Breaks Up with You 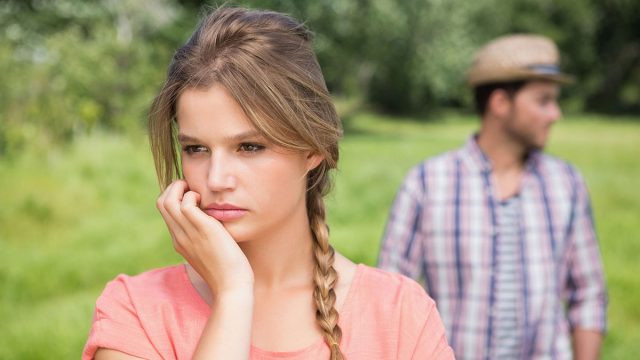 If your relationship with a Sagittarius guy has recently ended, then you might wonder what happens to a Sagittarius man after a breakup.

How can you expect this zodiac sign to behave when your relationship is over?

Every star sign reacts differently to breakups. Some cry and seek comfort in friends, and others go out and party to celebrate being single.

So, is a Sagittarius guy more likely to mope and try to get you back, or will he move on quickly to the next relationship?

Once you have a better understanding of his zodiac sign’s psychological characteristics and behaviors, you will know what happens after a Sagittarius man breaks up with you.

He Puts On a Brave Face

The twelve signs of the zodiac are divided into two categories, positive or negative, with six signs in each category. Sagittarius is one of the positive signs, which tells us that a Sagittarius man is generally cheerful and upbeat.

He is an optimist and always sees the silver linings to bad situations, including breakups. He doesn’t like it when other people complain too much, and he tries not to whine about anything.

When it comes to a Sagittarius in love, a man born under this sign will put on a brave face after a breakup, no matter how heartbroken he is.

Even if he broke up with you, he is still hurting, but he won’t want to show it. He hates bringing other people down with his bad mood, so he will act like nothing’s bothering him after the breakup.

A Sagittarius man in love will tell everyone he’s okay after the relationship has ended and he won’t want to show anyone, not even his closest friends, how hurt he is.

Don’t be surprised when you see your Sagittarius ex after the breakup and he seems happy and carefree. Remember that he’s just putting on a brave face and the breakup affected him just as much as it affected you.

The typical Sagittarius personality is social and outgoing, and a Sagittarius man is often the life of the party.

A Sagittarius guy loves to have fun, and he enjoys meeting new people and having stimulating conversations with them.

Once a Sagittarius guy becomes a single man, he will throw himself into the party scene. It’s his way of cheering himself up and staying busy so that he doesn’t have to acknowledge his emotional pain.

A Sagittarius man parties a lot when he’s in a committed relationship, but he takes it to another level when he’s newly single.

He will probably hit the town with all of his guy friends for several nights and weekends in a row, trying to drown his sorrows and laugh off his pain.

If you see pictures online or run into him while he’s out partying, don’t think that your Sagittarius ex is happy that you’re gone and celebrating the breakup.

He’s trying to keep his spirits high because he’s so uncomfortable facing negative emotions, and partying is his way of dealing with the pain.

A man born under the Sagittarius sign has permanent wanderlust. He loves traveling to foreign countries and exploring exotic places, and he probably has a bucket list of all the places he wants to see.

When a Sagittarius guy is newly single, he will take the opportunity to start crossing things off his bucket list. He will book trips and vacations both with his friends and alone.

If you want to know how to make a Sagittarius man miss you after your breakup, book a vacation of your own.

Go by yourself or take some girlfriends, but don’t bring another guy just to make him jealous. If you really want to stick it to your Sagittarius ex, go somewhere you know he’s been dying to visit.

Post photos on social media of all the amazing sights you saw, the exotic foods you tried, and all the fun you had along the way.

When your Sagittarius man sees the pictures, he will remember how much fun it was being with you and wish that he could have been there.

He Hooks Up With Someone New

Sagittarius is a very passionate and physical sign, so a Sagittarius man has a high libido. His sex life won’t stop just because his relationship ended.

A Sagittarius in love won’t cheat on his partner if he’s in a committed relationship, but after a breakup, he makes a point of hooking up with someone new.

He relishes the freedom that comes with bachelor life, and he will quickly take advantage of it by finding someone to sleep with.

He sees it as a way of celebrating his independence and enjoying the perks of being single, and it’s a way for him to get over you and move on.

Don’t be surprised when your Sagittarius ex starts lining up dates or taking home girls he meets at bars because it’s his way of coping with a breakup.

He Doesn’t Jump Into a New Relationship

Although a Sagittarius man will quickly hook up with another woman after a breakup, he’s not eager to jump into a new relationship.

One of the typical Sagittarius’ bad traits is a fear of commitment. Sagittarians value their freedom so much that they hate being tied down by a job, a house, or a partner.

They do what they want, when they want, and they have a hard time settling down and staying in one place.

A Sagittarius man won’t want to rush into another committed relationship right after a breakup. He will take his time exploring his newfound freedom, going on dates, and living the single life.

If he gets a new girlfriend shortly after breaking up with you, it’s probably just a rebound relationship that won’t last very long.

He Moves On Quickly

A Sagittarius man moves on quickly after a breakup because he doesn’t like to dwell on negative emotions. It’s not that he moves on to his next relationship quickly, but he gets over the breakup and detaches from you swiftly.

He’s uncomfortable feeling sad and angry, so he tries to push those feelings away and move on as fast as he can.

Instead of crying and moping around for days or weeks, a Sagittarius man picks himself up and carries on after a breakup.

This can come back to bite him if he doesn’t take the time to actually acknowledge and process his feelings. He will have to work through the difficult feelings from the breakup at some point.

But he is eager to feel better as quickly as possible, so he will get back into his routine and try to move on as fast as he can.

He Won’t Be Sensitive to Your Feelings

When a Sagittarius dates you and is in a committed relationship with you, he cares about your feelings and tries to put you first.

But after a breakup, the selfish, bad side of a Sagittarius man comes out, and he no longer considers your feelings.

Don’t expect him to coddle you or try to protect you from seeing what he’s doing once you are broken up.

He won’t care if you run into him out on a date with another girl, and he won’t worry about you seeing all the pictures of him partying at bars after the breakup on social media.

It’s not that he’s malicious and wants to hurt your feelings, but he’s trying to be practical and acknowledge that you are no longer emotionally attached.

He won’t rub his bachelor lifestyle or new girlfriend in your face, but he won’t go out of his way to hide it from you to spare your feelings, either.

He Will Be Your Friend

To a Sagittarius man, his perfect woman is someone who can be his partner, lover, and best friend.

He likes dating someone he can joke around with like she’s one of the guys, and he wants to have a solid friendship with his partner as well as a romantic connection.

Sagittarius is one of the zodiac signs that like to stay friends with exes after a breakup. When the romantic feelings are gone, a Sagittarius guy will still happily be your friend.

If the relationship ended badly or you cheated on your Sagittarius man, he is less likely to want a friendship with you after the breakup.

But if you parted amicably and don’t want to throw away a good friendship, a Sagittarius man can shift to a platonic relationship with you.

Even if you broke up on poor terms, a Sagittarius man doesn’t hold a grudge and he will probably accept you back into his life as a friend eventually.

But when a Sagittarius man is not interested in having a friendship with you, even if the relationship ended peacefully, it could mean that he’s still harboring strong feelings for you and he’s not over you yet.