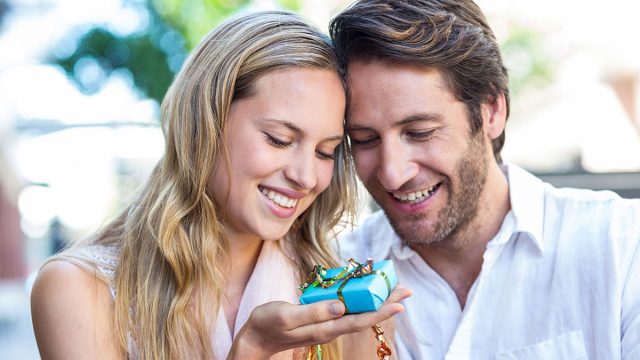 If you are looking for a romantic Scorpio man, you shouldn’t have to look too far. Scorpio men have a unique style of romance.

When you see signs that a Scorpio man has feelings for you, he will show you his romantic side.

When you know how a Scorpio man expresses his love, you’ll be better able to see his romantic qualities. He doesn’t like to be vulnerable, but he has a romantic side.

A Scorpio man’s appearance may conceal his romantic nature. He’s highly sensitive but tries to project a tough image. He doesn’t want to be seen as weak.

If you’re wondering how to tell if a Scorpio man really loves you, the key is to watch for signs he is obsessed. This isn’t romantic in everyone’s book, but it is for a Scorpio man.

A Scorpio man’s ideal woman is sensitive, smart and sentimental. He will show his romantic side when he feels he’s met the right woman. He has a deeply romantic nature but also shows it strategically.

Scorpio men have a knack for finding out what people long for. He can see right into your soul, even when you try to hide your desires. A Scorpio man will get to the heart of what you desire and will try to appeal to your specific wishes.

Some people see this as manipulative but to a Scorpio man, it is just his style of being romantic. Another thing that makes his style of romance unique is his tendency to become obsessed when he’s in love.

When this happens he will follow you, showing up at your work or at the gym you go to. He does this out of infatuation but on the surface it can seem flattering and romantic. He can be sensitive and assumes you are as well.

He will “love bomb” you at first and this also seems like a show of romance. In many cases it is although a Scorpio man can also use this tactic to manipulate you into falling in love with him.

He Needs to Feel Secure

The key to understanding the Scorpio man in love is to understand how much he needs to feel secure. Scorpio men will not open up and show their romantic side if they think you’ll use their vulnerability against them.

Instead he will watch and observe you carefully. He’s looking for signs that you can be discreet and that you are trustworthy. Once he sees evidence of these qualities, a Scorpio man will open up and reveal his romantic side.

He’ll go overboard trying to make you feel loved. He will show you his caring nature and may even court you in a traditional way. He’ll send flowers, take you to the best restaurants and promise you the world.

This is sometimes done out of a Scorpio man’s genuine romantic nature but other times it is done because he knows you expect him to act this way. If this is the case, he may seem cold once he thinks the relationship is stable.

You may wonder if he suddenly doesn’t love you, but in reality he likely just doesn’t feel he has to try as hard anymore. A Scorpio ma will go overboard showing his romantic side early on to get you hooked on him.

Once you’re infatuated with him, he may tone it down because he doesn’t feel the need to show so much attention, his tactic has worked. If you act distant or less interested, it can encourage him to become more romantic again.

When a Scorpio man touches you, you may feel convinced that you have a powerful connection. A Scorpio man is obsessed with intimacy and will go out of his way to make romantic moves and show affection.

This helps him feel connected with you. He’ll hold your hand while talking over dinner even if you need both hands to cut and eat your food. He may not even realize he’s keeping you from eating. He will put an arm around you while you are walking together.

A Scorpio man will show an overt interest in sex and intimacy. Yet he will also show romantic displays of affection regardless of sexual connection. He is obsessed with using physical contact as a means of showing interest in you.

He may seem overbearing as he will make sure to always keep you close enough for contact. Yet this is a good sign. It is part of how he expresses his romantic nature. If he suddenly becomes cold and distant, that is a sign he is no longer feeling attached to you.

A Scorpio man in love signs can feel endearing and flattering. He goes to extremes and this means he will go to extremes to show you that he loves you. He can be highly romantic. Yet when he turns the corner to controlling, you may not realize it.

He may turn from romantic to possessive or controlling in an instant. To a Scorpio man, this is still a way that he shows his romantic nature. He actually doesn’t realize he is coming across as too controlling.

When he shows his romantic desires for you, he may do so by becoming possessive. A Scorpio man may become jealous or insecure and then try to convince you that this is further evidence of his sensitivity and romantic nature.

He can be romantic but he also sometimes confuses romantic connection and possessiveness. If you don’t mind this style of romantic expression, a Scorpio man’s possessiveness may come across as flattering or proof of his feelings for you.

He Confuses Romance and Infatuation

Scorpio man traits contribute to his style of showing romantic desire when he’s attracted to you. A Scorpio man can be confusing if you don’t understand his unique personality. Yet once you do, you’ll see he can become infatuated.

He often confuses romance and obsessive infatuation. Scorpio man may fall into a pattern of lust and desire and think this is “love.” This leads him to show romantic desire by putting his complete focus on you.

He may call or text constantly and will always want to know where you are. He may devote his time and energy to chasing you and it may seem like he’s going too far. This kind of infatuation is not sustainable for long.

This is why he may seem to go cold even when he still loves you. His romantic tactics may suddenly stop, leaving you questioning if he still cares about you. When this happens, he is likely just taking a time out.

When you give him some space to cool off, a Scorpio man will usually return to showing his obsessive romantic nature. His infatuation will resume, and even if he cools off, he will come around and show you he is in love with you.

How does a Scorpio man show love? He will surprise you with gifts, he’ll compliment you excessively. He will try to text or call you as much as possible and will show up to surprise you at work or in places he knows you frequently visit.

He Can be Romantic but Secretive

The difference is, they need more time to open up. While they are waiting to test the waters, shy Scorpio men will write poems and love letters, but won’t send them right away. They may surprise you with anonymous gifts. They’ll hint about their attraction.

This excites secretive and shy Scorpio men because it adds to the mystery and seduction. He will act like the hero from a romantic movie who makes moves behind the scenes to court you.

Though this can be flattering, it is also confusing. This is because a Scorpio man will give you the impression he’s in love with you but won’t fully come forward. He’ll make romantic gestures that are just secretive enough to make you wonder if you’re misinterpreting his signals.

You may assume he’s just being overly friendly. You may also think he is sending mixed signals. He’s sending romantic signals, but then covering his tracks so as to not feel too exposed. This means he will keep you guessing as to his true intentions at first.

When a Scorpio man is secretive about his romantic desires, he can be frustrating. The best thing to do is show that you are interested but be discreet and not overbearing. Give him space to open up.

He Needs to Control the Romance

This is why he will seem to open up and dive right into a relationship only to slam on the brakes when he no longer feels comfortable. He is trying to assert his control and have the final say.

A Scorpio man will also try to be controlling toward you. He may become demanding because he feels jealous about your relationships with others. He may be romantic one minute but brooding the next moment.

He may express his love but only want you to show love in specific ways. He may want to show public displays of affection but then suddenly become cold and distant when he needs a break.