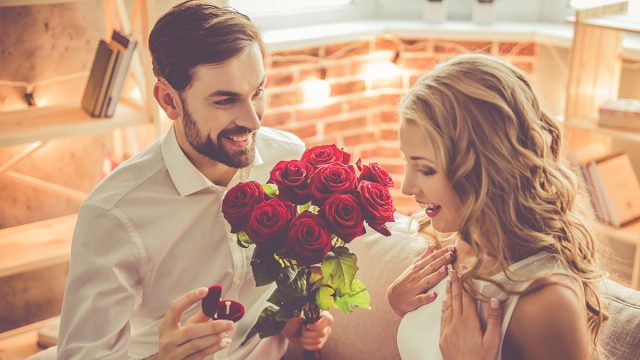 A romantic Pisces man is almost a redundant phrase. Pisces men are among the most romantic signs in the zodiac.

Pisces love to feel love, pleasure and harmony. They often go out of their way to create a romantic scene to satisfy their partner.

Pisces men are often romantic and sentimental. Sleeping with a Pisces man too soon is seldom a reason to worry as he will usually fall in love quickly.

A Pisces man’s romantic nature can be evident in his favorite songs or movies. He loves to be reminded of the beauty of love and compassion.

He has a traditional sense of romance and may try to recreate scenes from his favorite romantic movies. He’s often emotional and vulnerable in love.

What does a Pisces man find romantic? He is a classical romantic and receptive to sensual signals. This can mean he loves to create a romantic atmosphere that is a feast for all of his senses. Pisces men are natural romantics.

Without even trying to, Pisces men can easily speak in eloquent and romantic terms. They are born poets and artists. Their romantic nature leads them to easily fall in love.

Pisces men are also drawn to women who embody their romantic ideals. This has less to do with physical appearance and more to do with how you make him feel. When you rekindle a sense of romance, you can appeal to a Pisces man.

What does a Pisces man look for in a woman? He wants to see that you are sensitive, emotional, nostalgic, sentimental and compassionate. It also helps if you are more down to earth than he is. Pisces men are drawn to women who are loving and caring.

The more you foster a deep sense of romance in your own life, the more a Pisces man will come to see you as his ideal partner. He loves women who are as romantic as he is.

He Sees Romance in Everything

A Pisces man’s behavior, in love, is very clear. He is such a hopeless romantic that a Pisces man will easily express his romantic nature. He’ll cook a romantic meal for you. Play romantic music in the background and write poems.

He’ll surprise you with flowers and romantic love messages. But a Pisces man will also turn every moment into a romantic scene. He may text you photos of nature that capture sentiments of love and romance.

He may send you a photo of a romantic sunset when he can’t be with you. He will use all of the elements in nature to convey a romantic scene. A Pisces man is such an artist, he can make anything into a romantic image or centerpiece for the dinner table.

For a Pisces in bed man, the desire for intimacy is second to the desire for romantic and intimate connection with a partner. Pisces men love to enjoy romance, love and sensual pleasure.

He’s in Love with Being in Love

When you see signs a Pisces man is in love with you, you can rest assured the relationship will be highly romantic. Pisces men fall in love easily because they are in love with the ideals of romance and partnership that they keep in their minds.

Pisces men are often in love with the idea of being in love even if they aren’t well prepared for the ups and downs of the relationship. A Pisces man can fall in love quickly before he’s even gotten to know you.

This is because Pisces men are so enamored with the idea of being in love and enjoying romance that they seldom stop to consider the practical implications of their relationship. They don’t always realize when they are projecting their ideals onto you.

Pisces men are sentimental. Part of their romantic nature manifests in an idealization of traditional and nostalgic love stories. They may be highly creative, but they’ll stick with traditional date ideas at first.

Even when he’s in a long term relationship, a Pisces man may glorify the past and continually reinvent the first date or first meeting because he’s got a sentimental desire to relive romantic moments. This can be endearing and can also seem like he’s stuck in the past.

A Pisces man can also find it easy to fetishize his love interest. His sentimental and romantic nature can drive him to become obsessed with some aspect of you that he then wants to hold on to. He may be obsessed with your photo or a piece of jewelry or git you gave him.

Even though he tries to move on, a Pisces man can get stuck in nostalgia and try to project the romantic feelings from a past relationship onto a new relationship that he’s cultivating with you. This can make it seem as if he’s not really present with you.

What attracts a Pisces man can be romantic films, art and music. He’s also attracted to women who can blend romance and spirituality. He is a big fan of romantic movies.

He may see himself as a hero in his favorite romance film. Pisces men also can see themselves as being in a reality-romance-movie as he will make dramatic gestures as if he was following a script. Enjoy romantic films with him.

This can help him tap into his inner sense of romance. He will enjoy sharing his favorite classic romantic movies with you and this gives him a chance to deepen the bond he feels with you. He’s even open to romantic comedies because he can laugh at the absurdities of love.

How does a Pisces man test you? He steps back and watches to see if how you respond to his attempts to be romantic. If he sees you as being receptive and encouraging, he will become more comfortable with you. But if he thinks you are being aloof or too practical, he may be turned off.

Even if you are friends with benefits with a Pisces man, you may still be able to encourage his romantic side. It’s a rare Pisces man who can actually shut down his romantic nature in order to only seek physical pleasure.

Even when he tries to give himself a break from dating or tries to hide his feelings, often a Pisces man can’t help being romantic and sentimental in everything he does. He may become more open and expressive when you encourage him to watch romantic movies with you.

Art often mimics life but sometimes life can mimic art. When a Pisces man watches romantic films, it reminds him of what he aspires to in his own relationship. This can help him express his romantic side more easily.

If you know how to keep a Pisces man wanting you, the key is to surround him with romantic elements. Create a romantic mood with soft lighting and romantic accents such as comfortable furniture and flowers on the table.

Light candles, bring out his favorite drink and most importantly, play romantic music. Pisces men are deeply moved by music and this is especially true of love songs. Nothing changes his mood as quickly as music.

When you make a playlist of his favorite romantic music and share your own favorite romantic songs. This helps a Pisces man feel comfortable and open up to you. You can put his mind at ease and help him to open his heart.

When a Pisces man hears romantic music, it can instantly change his mood and remind him of how much he loves you. His strong sense of attraction is fed by romantic stimulation in the world around him.

When you’re out on a road trip, play your romantic song list to help bring out your Pisces man’s amorous nature. When you’re making dinner together or even running errands, sing or hum your favorite love songs to help put him in the mood.

Pisces men can romanticize everything. This is one of his greatest strengths but at the same time it can feel overwhelming. He’ll find ways to romantically interact with you when you’re trying to make dinner or brush your teeth. Sometimes it will seem intrusive.

Yet he will make a romantic encounter out of every situation. When you’re stuck in a waiting room, in line at the grocery store, or working on filing your taxes, a Pisces man will find a way to turn all of these occasions into loving and compassionate encounters.

A Pisces man will try to see the romantic side of every situation. This can help to keep you focused on the love in the relationship. When you need him to focus on the practical issues at hand, it can be a challenge. Pisces men only want to see the romantic and idealistic.