What is The Weakness of Pisces Men? 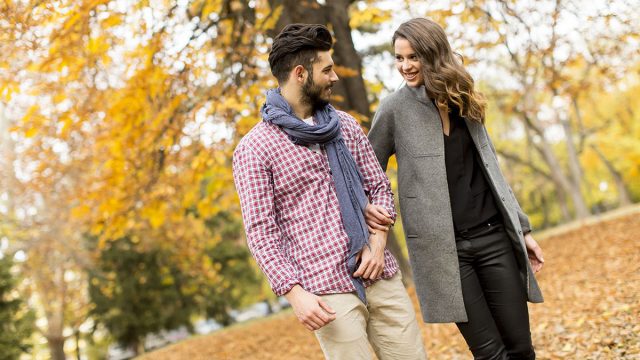 A Pisces man’s weaknesses are easy to spot once you know his personality. He’s got several fatal flaws.

Pisces weak body parts are only one facet of a Pisces man’s weaknesses. His greater shortcomings are related to his emotional and sensitive nature.

A Pisces personality is one of the most sensitive in the zodiac. His weaknesses are connected to his emotional nature. He has other weaknesses as well. He is prone to self-sabotage and passive-aggressiveness.

Pisces body type may be prone to slow movement or sluggishness. Pisces body parts vulnerable to injury are usually the ankles. His bigger weaknesses are emotional and psychological.

His greatest weaknesses are character flaws related to his personality. How he views the world and his difficulty dealing with emotions, for example. His perception of the world can make him self-destructive.

Pisces horoscopes often encourage men born under this sign to find healthy outlets for their emotions. This is no coincidence. Pisces me are highly vulnerable and emotionally sensitive. This can lead to many problems.

Pisces men are prone to making bad judgment calls for many reasons. One of the biggest reasons is their high sensitivity. Pisces men can sabotage relationships because he’s sensitive to any shift in your attention or energy.

If a Pisces man fears you are losing interest or that you are going to abandon him, he will jump to conclusions. He will assume the worst and this will lead him to over-react to anything that upsets his sensitive emotions.

A Pisces man may read too much into your tone of voice. He may make assumptions about your intentions if he thinks you are upset with him. A Pisces man who is in a bad mood may also project his feelings onto you.

This can lead to numerous miscommunications and misunderstandings. A Pisces man who is reacting to crises that aren’t even occurring can exhaust himself and drain himself emotionally. He may burn out on a relationship because he made himself anxious for no reason.

For a Pisces, weakness is more about his mental health and perspective as well as how he reacts to his emotions. Impulsivity is a weakness Pisces men need to contend with. He can be slow moving in love, but also impulsive when he is moved emotionally.

A Pisces man may impulsively ask you to marry him before he really knows you well at all. He may impulsively sell his house because one repair needs to be made. He may suddenly quit his job because his boss criticizes him.

For this and other reasons, Pisces men are often assumed to be unstable. Their ideal partner is a woman who is more grounded than they are because they can be so dramatic and unsettled. A Pisces man is likely to sink to lows and experience euphoric highs.

Based on his emotions, a Pisces man may make impulsive decisions that can help or hurt him in the long run. He often goes against his own best interest because he is reacting to a momentary feeling.

Another Pisces weakness is his gullibility. He’s naïve and wants to see the best in everyone so he often sees people as he wants them to be and not how they actually are. A Pisces man is a con artist’s dream come true.

You can easily convince a Pisces man of almost anything. You can make a case for whatever you want and a Pisces man will fall prey to manipulation as long as you play to his emotional sensitivity. Pisces men are often taken advantage of.

This can then make them hesitant to trust someone new in a relationship. Yet when he does start to fall in love, a Pisces man will talk himself out of any boundaries he may have set in the first place. He’ll talk himself into trusting again.

When he does, he goes from one extreme to the other. He will be suspicious of you one moment and then will completely fall head over heels and will be prone to believing anything you tell him once again.

One of the best and worst of Pisces traits is impracticality. It can be both a blessing and a curse for a Pisces man. It gives him his artistic and creative nature.

On the other hand, Pisces men tend to flounder like the fish that is their sign’s symbol because they can’t seem to get organized or prioritize their work. They tune out when it’s time to make practical decisions.

The first time a Pisces man picks up a guitar, he may see himself performing in a crowded arena. But when it comes to the business side of self-promotion, or even the tedium of practice and perfecting his craft, he has no patience for the process at large.

A Pisces man wants to linger in pleasure, creativity and fantasy. When reality sets in, he feels it like a raincloud following him around. From doing chores to filing taxes to keeping a budget to dealing with any mundane task, Pisces men have little tolerance for the necessary tasks of daily life.

He prefers to stay in a dream world where he can indulge in his fantasies and believe that anything is possible. With the right people in his life to anchor him, a Pisces man can actually achieve his bigger dreams.

Yet when he is left to his own devices, he’ll procrastinate when it comes to work and responsibility and instead want to lose himself in fun and games, dreams and imagination. He can be highly productive in his art or music, but will neglect his practical duties.

It may seem harsh, but it is completely accurate to say that Pisces men are prone to delusions. This doesn’t mean they have a full-blown mental-illness. It just means they don’t easily discern truth from fantasy.

When a Pisces man wants something to be true, be it something good or bad, he will convince himself it is true and you won’t be able to change his mind. Pisces are prone to falling for cults.

This is an inversion of their mystical, spiritual nature. They are highly intuitive and psychic but can also use this same tendency to fool themselves. A Pisces man will delude himself into thinking that someone loves him when they don’t even know his name.

He will fool himself into believing the most off the wall conspiracy theories or will convince himself that he is either in a special connection with a celebrity or stranger, or that an ex is waiting to take him back. He may have delusions of insufficiency or grandiosity.

A Pisces strengths easily become his weaknesses because he does everything to an extreme degree. When he’s interested in someone, he never just has a crush. He goes from friendship to infatuation.

This can seem flattering if you are the one he’s infatuated with. Yet if you aren’t careful, a Pisces man’s obsession can actually sabotage the relationship. It’s not healthy for him to lose himself in love, yet he often does this.

Yet if he doesn’t work hard to break out of the cycle of infatuation and illusions, a Pisces man will constantly chase in circles trying to find love and never feeling satisfied. He needs to work on balance and not infatuation in relationships.

Those with the Pisces personality, males in particular, tend to believe in illusions rather than reality. It’s easier for a Pisces to see the connection between things that aren’t related than it is for them to face inconvenient or painful aspects of reality.

Pisces has a more symbolic style of processing information, not as linear and logical as many other signs. This makes him great at following intuition and emotion and in all creative arts.

Yet when logic and rationality are needed or when critical thinking is required, a Pisces man falls short. He will follow mirages and illusions because it makes him feel good to believe in what he wants than to face the truth.

Any sign can become addicted to alcohol or drugs, but Pisces men have many personality traits that lend themselves to addiction or addictive personalities. Pisces men can become obsessed easily.

Not only that, they have a knack for ignoring reality when it suits them to do so. They prefer to live in their own fantasy worlds than to deal with limitations or conflicts. They have a sensitive side and are easily hurt.

Therefore, Pisces men tend to become easily stressed out and eager to find a way to escape this emotional pain. This makes the prospects of addictive substances or behavior appealing to Pisces men.

Pisces dates are often romantic and sentimental. You may wonder what could possibly go wrong when a Pisces man has entered your life. Yet one of his biggest weaknesses are his anger issues.

It’s not all cut and dried when it comes to a Pisces man’s anger management style. The best way to describe how a Pisces man deals with anger is to simply say he doesn’t. He ignores his feelings and stifles himself.

But he can’t keep his feelings contained for long. Eventually, a Pisces man will lash out. He’ll become passive-aggressive. He’ll try to project his angry and upset feelings onto others. This often costs him important relationships.

Do Pisces Men Cheat More Than Others?Does a Pisces Man Like Being Chased?
Hello, I'm Liz