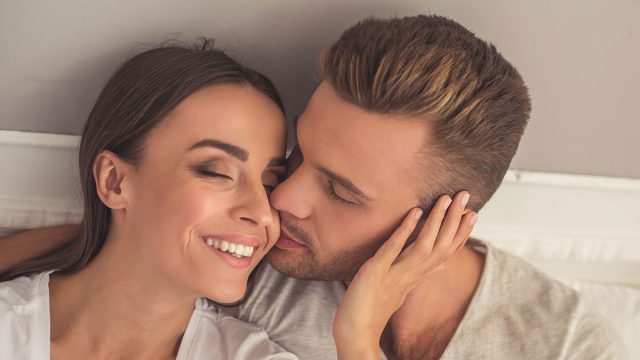 If you are one of these two zodiac signs, you may wonder about the typical Pisces man Virgo woman compatibility.

Are they better off as friends, lovers, or spouses?

You can determine the compatibility of two people by looking at the common personality traits of their zodiac signs.

Can a dreamy, idealistic Pisces man find his perfect match in a down to earth, practical Virgo woman?

Although these two signs have their share of differences, there is a lot of potential for them to learn important lessons from each other and make a relationship work.

When a Pisces and a Virgo first meet, they may believe that they are too different from one another to make any sort of connection.

But in fact, each one possesses the traits that the other lacks, so mutual admiration will grow between them and a beautiful friendship can blossom.

Although they have very different dispositions and approaches to life, what Pisces and Virgo have in common is a conservative and accommodating nature.

They are both mutable signs, meaning that they are natural peacemakers. They avoid conflict and just want everyone to get along.

They also hate being a burden to others and would rather struggle on their own than ask anyone for help.

A Virgo and Pisces friendship will form when they recognize that they handle social situations similarly. They are both polite and strive to make others comfortable, so they will find pleasant company in one another.

The friendship can deepen as the two signs spot their differences. They will have to overcome certain obstacles to get past their dissimilarities and get to a place where their relationship is mutually beneficial.

As long as they push past their differences and use them to learn from each other instead of letting their dissimilarities drive them apart, these Pisces and Virgo can become the best of friends.

A Pisces man can teach a Virgo woman to be less critical and more optimistic, while a Virgo female can show a Pisces male how to make his dreams a reality.

Ruled by planet Mercury, Virgo is a naturally curious sign. Virgos are very intellectual and cerebral, while Pisces people are more dreamy and imaginative.

A Pisces man can help guide a Virgo woman outside of her comfort zone to explore the world she is so curious about, but perhaps can’t quite bring herself to face alone.

A Virgo woman can temper a Pisces man’s idealistic nature with caution, helping him avoid potentially dangerous or disastrous situations.

If they choose to overcome their differences, a Pisces man and a Virgo woman can have a wonderful friendship full of warmth and excitement.

If these two signs push past their initial dissimilarities, a Virgo and Pisces relationship is likely to form.

A Virgo woman knows exactly how to attract a Pisces man. She can be sweet, charming, and a little naive, which are all traits that a Pisces desires in a partner.

What attracts a Pisces man to a Virgo woman is her drive for perfection. He will find her attempts to smooth things over and make everything perfect endearing.

Although he adores her perfectionism, he can also teach her to find the beauty in imperfection, an important lesson for a Virgo to learn.

A Pisces is a gentle and loving teacher, so he is the perfect person to enlighten a Virgo.

When Virgo and Pisces fight, it will probably be due to Virgo criticizing Pisces. As a perfectionistic sign, a Virgo woman always seeks the flaws in everything.

She isn’t trying to be negative, but she’s a natural fixer. She points out the flaws in a person not because she is cruel, but because she wants to help repair them so that person can reach their full potential.

Pisces is a highly sensitive and emotional sign, and Pisces men tend to suffer from self-doubt and low self-esteem.

A Pisces man can’t stand to be criticized because he internalizes any negative feedback, making him even more self-conscious.

When you combine a sensitive Pisces man with a critical Virgo woman, it can lead to hurtful arguments.

If she is tactless and overly critical, he will build an emotional wall to protect himself from her harsh criticism.

But if she can learn to choose her battles and her words carefully, and if he can recognize that her criticism always comes from a place of love, then these two can have a harmonious relationship.

A Pisces man may irritate a Virgo woman with his idealism and impractical schemes.

Both Virgo and Pisces love to plan for the future, but a Virgo woman’s goals are more grounded in reality while a Pisces man reaches for the stars.

A Virgo woman might get annoyed when a Pisces man tells her about all of his wonderful ideas but doesn’t follow through with them.

She needs a steady and dependable partner, and his inability to keep his promises will make him seem inconsistent and unreliable.

If the Pisces man learns how to put his plans into action and the Virgo woman can appreciate his optimism, they can overcome these differences.

A Pisces and Virgo marriage has the potential to be very successful and fulfilling. Together, these two form an unstoppable power couple that can achieve anything.

A Pisces man challenges a Virgo woman to aim higher and reach for the stars, while Virgo shows Pisces how to break his idealistic plans into actionable steps.

They push each other in precisely the ways that they each need to be pushed, helping them both grow and expand as a couple and as individuals.

As long as Virgo learns how to be encouraging instead of critical and Pisces learns to put his plans into motion, there is nothing that these two can’t accomplish.

Their personality traits and behaviors are just similar enough to form a solid foundation, while their differences prevent the marriage from becoming stagnant.

This is a couple that can continue to grow and empower each other the longer they are together.

On the other hand, if they choose to focus on the negative aspects of their differences, it can lead to bickering and a lack of understanding that will drive these two apart.

Both signs love deeply and will make every effort to make the relationship work, so they have a strong chance of pushing through any obstacles that may arise in their marriage.

Ultimately, though, a Virgo woman is too practical to let an unhappy relationship keep her from achieving her ideal life, so she will be the one to walk away if these two can’t compromise.

A Pisces man likes to be with his romantic partner as much as possible, and a Virgo woman feels the most secure in the presence of her loved one.

Both of these signs tend to be introverted, so they will understand and respect when they each need time alone.

They won’t get offended and will graciously give their partner space when they need to isolate to recharge.

These two not only make great spouses but they are also true life partners to one another. As a couple, they could successfully run a business together, build their dream home, and raise a wonderful family.

When it comes to their connection in the bedroom, the differences in their personalities only serve to make Pisces and Virgo sexually compatible.

Sparks fly when Virgo and Pisces are in bed together and they can have a truly fulfilling and powerful sexual relationship.

His over-the-top romantic gestures will make Virgo obsessed with Pisces, although she will be reluctant to show it.

A Pisces man will sweep a Virgo woman off of her feet and give her the fairytale romance she never dared to dream she could have.

He will teach her how to open up emotionally through sex and to make it a truly intimate act of love.

As the sign of the virgin, a Virgo woman will find the purity and tenderness of a Pisces man’s sexual style completely irresistible.

In exchange, a Virgo woman brings her drive for perfection in everything she does to the bedroom. She will want to please her Pisces man and do whatever it takes to keep him happy and satisfied.

As mutable signs, both Virgo and Pisces are very generous in bed. They will both defer to one another and be more concerned with the other’s pleasure than their own.

Both of these signs are prone to insecurity and crave sexual partners they feel totally comfortable with. Once they make each other feel safe in the relationship, they will be able to relax and be themselves in bed.

Although he is a romantic and adoring sexual partner, a Pisces man runs the risk of falling into a stale sex life if he gets too comfortable in the relationship.

Although a Virgo woman likes routine, she is too much of a perfectionist to let their sex life become boring or stagnant.

She will be willing to try whatever inventive suggestion her Pisces man suggests in the bedroom, and if the sex ever gets boring, she will take it upon herself to fix the problem.

Although these two signs may have their differences, sex will never be an issue between them.

Pisces Man Traits & Characteristics10 Signs Your Pisces Man is About to Break Up with You
Hello, I'm Liz