10 Signs a Pisces Man is Using You 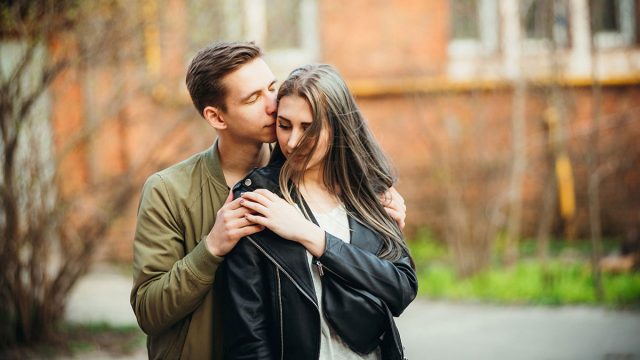 A Pisces man using you is rare, but it does happen. Many Pisces men are kind and unselfish. There are ones who will use you, though.

The signs are usually obvious. A Pisces man will act very out of character when using you.

Pisces men are compassionate, romantic people. If your Pisces man is selfish, constantly ignores you, and never tries to woo you, he might be playing you.

A Pisces man will be unaffectionate if he’s using you. He will ignore your needs and keep you away from his inner circle. He’ll refuse to be vulnerable with you and won’t let you get to know the real him.

Pisces men will also be dishonest if they are using someone. They will lie to get out of things and won’t care about the consequences.

One of the obvious signs a Pisces man is using you is that he’ll never be romantic. Pisces men love romance! They enjoy wooing their partners.

If a Pisces man never makes romantic gestures or takes you on nice dates, he doesn’t actually like you. He’s probably using you for some reason.

Pisces men are the type of people who love showering their partners with gifts. When a Pisces man loves you, he’ll bring you flowers just because he wants to. He will take you out to your favorite restaurant even if there’s no special occasion.

A Pisces man might actively avoid romantic gestures if he’s using you. He will never tell you he loves you, and he will avoid doing anything too over the top.

When a Pisces man is using you, he’ll brush off any romantic displays from you as well. He’ll avoid anything that makes it look like you’re in a real relationship.

If you want to know if a Pisces man is using you, talk to him about something important. If he genuinely cares about you, he’ll listen. If he doesn’t, he’ll ignore you completely.

Pisces men are empathetic, compassionate people usually. They will gladly listen to the people they love when they need to talk.

A Pisces man will ignore you if he’s using you. No matter how much you try to get his attention, you won’t be able to.

There are times when a Pisces man might start daydreaming on accident while you’re talking. Once you get his attention, though, he’ll listen to you! If he doesn’t, he’s showing you that he doesn’t care about you.

A Pisces man will also be uncharacteristically closed-off when he’s using you. Usually, he’s very open with his partner when he’s in a relationship. He won’t want to be if he doesn’t intend to stay with you.

Your Pisces man will ignore any attempts to talk about his feelings if he’s using you. This is a huge red flag. If a Pisces man is completely closed-off emotionally, you might want to reconsider your relationship.

If a Pisces man likes you, he will show you that with physical affection. If a Pisces man is frigid and unaffectionate, that is a sign he might be using you.

A Pisces man who is using you will turn you down if you try to show him affection. He’ll drop your hand instead of holding it. He’ll shrug you off when you try to hug him.

Your Pisces man being unaffectionate for one day isn’t a bad sign. That might be a sign he’s just in a bad mood. If he’s never affectionate, though, something is up.

5. Never Introduces You To His Friends

How do you know when a Pisces man is playing you? He will refuse to introduce you to his friends, even if you two have been together for a while.

Pisces men often have close inner circles. When a Pisces man cares about you, he’ll want to bring you into this inner circle.

A Pisces man will introduce you to his friends and family when he loves you. He will avoid doing this if he’s not truly committed to your relationship.

Ask your Pisces man if you can meet his friends if you’re concerned that he’s using you. If he starts making excuses or refuses to talk about it, that’s a bad sign.

Your Pisces man’s friends might not even know about you if he’s using you! If they do, they probably know he’s not truly into you.

If you want to tell if a Pisces man is using you, pay attention to whether or not he’s honest with you. Pisces men typically value honesty and sincerity.

Can a Pisces man be trusted? Most of them can! They are honest people. Many of them are terrible liars, too, so you’ll be able to tell right away if a Pisces man is lying to you.

You will likely catch a Pisces man in lies all the time if he’s using you. He might lie about where he is if he’s avoiding you. If he is seeing somebody else, he’ll constantly lie to cover it up.

Pisces men usually feel bad about lying to people they care about. If a Pisces man who loves you lies to you, he’ll likely fess up right away and apologize.

When a Pisces man uses you, he won’t care about being caught in a lie.

Pisces men are some of the most vulnerable men you will ever meet. They want to be vulnerable with the people they care about.

If a Pisces man is never vulnerable with you, that’s a red flag. If he is always putting on a tough front or refusing to open up to you, that’s a sign he doesn’t trust you.

If you have been with a Pisces man for a while and he’s never been vulnerable, that might be a sign he’s using you. This is especially true if you try to be vulnerable with him and he turns you away.

When you show your Pisces man that he can trust you, and he still isn’t vulnerable, that’s a sign he doesn’t want to be vulnerable.

8. Never Focuses On You

Pisces men are people-pleasers. When they are in a relationship, they often prioritize their partner and focus on them.

If a Pisces man never focuses on you, he’s probably using you. It’s a red flag if he always ignores you in favor of hanging out with other people or doing activities by himself.

A Pisces man who is using you won’t focus on you during sex. He will see to his own needs and completely ignore yours. This is very out of character for a Pisces man. If he’s doing this, something is wrong.

There will be times when a Pisces man isn’t focused on you when he’s not using you, of course. Everyone needs time to themselves. He will want to hang out with his friends.

If your Pisces man refuses to ever focus on you, though, he’s not in the relationship for the right reasons.

Will a Pisces man use you? Many won’t. Pisces men prefer to focus on relationships with people they trust and want to be around.

A Pisces man can use you, though. When he is, he will completely ignore your needs. This is very out of character for a Pisces.

A Pisces man might be using you if he’s always selfish in bed. Pisces men prefer to focus on their partner’s needs. If he’s not focused on yours, that’s a bad sign.

Your Pisces man will never be there when you need him if he’s using you. He’ll ignore any requests for help. He may also refuse to ever do anything you want to do. He’ll only focus on himself and his own needs.

10. Doesn’t Talk About The Future

Will a Pisces man ever commit to someone? Many Pisces men are great at committing to their partners. When they love someone, they love them with all their hearts.

If a Pisces man is using you, he won’t commit. He will not even try to commit. He’ll never talk about a future with you either.

Pisces men love to talk about their dreams for the future. They have huge imaginations and often have all kinds of fantasies about how they want their relationships to be.

Your Pisces man will never talk about fantasies or visions for your future if he’s using you. This is because he doesn’t see you in his future. Once he’s done with you, he’ll move on and find somebody he actually wants to be with.