What Happens When a Pisces Man is Upset? 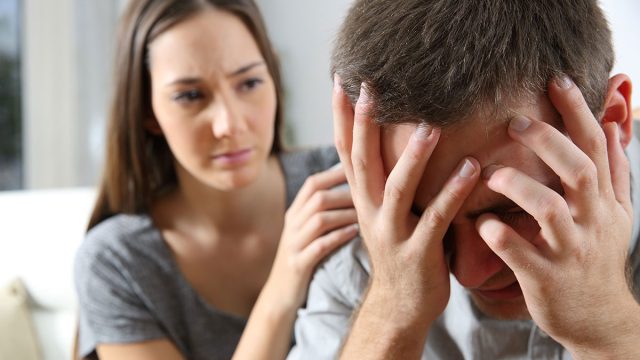 When a Pisces man is upset you’ll see him become depressed and sulky long before he becomes angry or irate.

A Pisces man will go through a variety of stages as he waits to see if you get the hint.

When a Pisces man is done with you, he will openly show you. He will block you, ghost you or simply ignore you. Yet when he’s upset, don’t assume the relationship is over.

A Pisces man can become upset but will still cling to you because he hates to be alone. A Pisces man’s temper won’t come out until much later. He tries to play it cool.

What happens when you ignore a Pisces man? When a Pisces man is upset with you, one of the first things he’ll do is cry. It may take you by surprise or you may be shocked if you’re not used to seeing a man cry.

Yet Pisces men are sensitive and more openly vulnerable than most other people. Pisces men will cry when they are upset even if they are trying hard to not show how hurt they are.

Pisces men don’t like to look vulnerable, but when they are hurt, they just can’t help it. A Pisces man will tear up. If you watch carefully, you’ll see this sign he’s upset.

He may begin to cry even as he remains silent so you can’t hear him. You’ll see tears escape his eyes if you pay attention to him, though. A Pisces man may completely break down and bawl.

But this usually comes later. Initially, he will try to stifle his tears or hide them from you. Usually, though, a Pisces man just can’t contain his deep emotions and when he is hurt, he will shed tears.

A Pisces man who is upset will sabotage himself. If you’re wondering how to get a Pisces man to forgive you, the key is to show compassion and empathy.

If a Pisces man is upset and doesn’t feel he’s being heard or appreciated, he will sabotage himself. He’ll look for a reason to second guess himself. You’ll see his insecurities soar.

A Pisces man may drink too much, dredge up an old argument and throw it back in your face, or become passive aggressive, pushing the boundaries even if he knows he is treading on thin ice. He does this because when he sabotages, the tension is gone.

He may lose you, but he also gets a clean break. Sometimes he is more relieved by the prospect of starting over than he is by the uncertainty of having to stay in the relationship while you are going through difficulties.

A Pisces man may become clingy or look to you for extra attention to reassure him that he has no reason to worry. He may also seek attention from other people, even other women. When a Pisces man is upset, for example, he may start texting his ex.

He may also reach out to other women on social media. Even if he is not flirting or acting inappropriately, a Pisces man will seek comfort in connections with other women in a way that can come to evolve into a more intimate relationship.

A Pisces man hates to be alone. He would prefer to be in the presence of friends and loved ones and even more, he loves intimate, close connection. If he doesn’t feel he’s getting this from you, he’ll seek this level of connection elsewhere.

You need to know how to make a Pisces man miss you in order to make him come around when he’s upset. Often, a Pisces man seeks validation. He may research online and read blogs to help build a case that he was right and you were wrong.

He may run to friends or family and ask them to take sides. All of this is a Pisces man’s way of seeking personal validation. He wants to be proven right. Often, this is because he doubts himself.

A Pisces man looks for validation to assuage his feelings when he is upset. He doesn’t like to stand up for himself and may seek allies who will take his side. Do Pisces men feel bad when they hurt someone?

Yes, in fact, Pisces men try to avoid hurting anyone’s feelings. But when they are upset, Pisces men will feel emboldened to assert themselves if they feel like others will take their side.

He May Shut Down

When a Pisces man ignores you, he is likely upset. He may shut down when his feelings are hurt. A Pisces man does this when he doesn’t want to acknowledge how hurt he is.

He may be in so much pain that he goes right into denial. Pisces men are excellent escape artists. They retreat into fantasy or into their minds. They can also hide in their hobbies or interests and avoid dealing with conflict.

Pisces men can shut down when reality becomes too much for them to handle. They will look for an escape to avoid conflict and also to avoid their own pain.

He Can Become Self-Destructive

If a Pisces man is really upset, he will not want to take his anger out on you. Instead he can become self-destructive. He will destroy what he loves. He may break his cherished guitar or tear apart paintings he values.

He may punch holes in a wall to vent his frustration. He may become self-destructive in other ways, such as by taking unnecessary risks with his health. He may go off medication he needs or he may drive carelessly.

A Pisces man does this because he doesn’t want to directly vent his frustration at you. He also does it as a means of putting you on a guilt trip. He knows that if you care about him, you won’t want to watch him self-destruct.

He Tries to Escape

A Pisces man is also one to try to escape if he is feeling uncomfortable. He will run away from you and go silent for days on end. He may avoid contact with everyone around him.

Instead of answering the phone or asking for help, he may spend days in bed playing video games or reading books. He may suddenly take off and book a vacation to escape from his stress and reality.

A Pisces man can respond to being upset by trying to leave the scene and avoiding any setting he associated with you such as the gym, work, a mutual friend’s house or other favorite hang-out spots that he usually likes to go.

He’ll avoid the park or coffee shop that he usually frequents because he doesn’t want to risk running into you. He also doesn’t want to have to share the story of his heartbreak or upset feelings with people he knows.

Get the "love spell" to attract and keep your Pisces man.

He Alters His Mind

He may delve even more deeply into his occult interests in order to cope with being upset. On the other hand, a Pisces man will alter his mind in less optimal ways such as overindulging in alcohol or drugs.

If a Pisces man has been sober for a while, he may go on a bender in response to being upset. If he’s an occasional drinker, he may begin binge drinking in order to avoid dealing with his feelings.

Leaving a Pisces man alone at first can be the best thing for him. Sometimes he needs to process his reactions on his own. If this is the case, he’ll go out of his way to act like everything is fine.

When a Pisces man acts like he’s fine, he is trying to maintain his composure. He will try to keep you from paying too much attention to his vulnerable emotions and instead will try to minimize his feelings.

A Pisces man may try to act like nothing is bothering him, but he will give plenty of clues that he is not ok. When this happens, you may want to ask him if there is anything you can do to help nurture or comfort him.

A Pisces man becomes moody when he’s upset. He will sink to deep despair and may vacillate between several extreme moods. A Pisces man can’t easily contain his emotional and moody nature.

His moods become even more dramatic when he’s upset. He can seem like a real downer. The best thing to do is validate his moods and emotions and show that you are sensitive to his needs.

The more you empathize with him, the more a Pisces man will settle down and start to relax. He may even feel empowered to open up and talk about his feelings, thus coming back to his baseline.