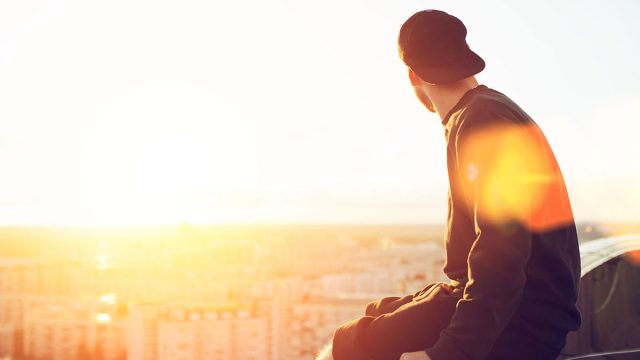 Whether you’re interested in dating a Pisces guy or just want to learn more about astrology, you need to know the typical Pisces man traits.

What are the characteristics of someone born under the sign of the fish?

If you want to know how to get a Pisces man to chase you, first you need to understand the way he thinks and what he looks for in a partner.

You can find out everything you need to know about a Pisces guy by learning more about his zodiac sign.

His astrological sign will tell you what personality traits and psychological characteristics are common in Pisces men.

If you are asking yourself, “What does a Pisces man look for in a woman?” The answer is someone as sensitive to his feelings as he is to hers.

Pisces is one of the most sensitive signs of the zodiac. He is in touch with his own emotions, but he is also highly aware of other people’s feelings.

A Pisces man is also very sensitive to his surroundings, so keep your home a peaceful sanctuary if you want him to come around frequently.

Watery hues like blue, green, and purple are the colors that attract a Pisces man, so decorate your house in these colors to lure a Pisces guy.

He will feel relaxed and comfortable in your space if your home reminds him of the ocean. You can also dress in these same hues to attract a Pisces guy.

If you wear these colors around him, your Pisces guy won’t be able to take his eyes off of you, even though he might not understand why.

Pisces is one of the dreamiest signs of the zodiac. A Pisces guy is constantly in his head and lost in his thoughts.

If you are looking for the Pisces guy in the room, he is the one staring wistfully out the window with an absent-minded smile on his lips.

If your Pisces crush struggles to focus his attention on you, try not to take it personally.

Pisces men tend to drift off into daydreams frequently, so they often have trouble concentrating on the person or task in front of them.

Pisces men are usually quite spiritual, and many astrologers believe that Pisces is more in touch with the ethereal world than any other sign.

Some signs follow their heads and their experiences, but a Pisces man follows his heart and his gut. A Pisces guy has powerful instincts and his hunches rarely steer him wrong.

Men born under the Pisces horoscope sign can predict the future at times because they see what’s going on beneath the surface, making them skilled at reading people and situations.

If you are dating a Pisces, trust his strong intuition. Pisces is one of the signs most likely to be psychically gifted, so when he has a feeling about something, you should listen to him.

Each zodiac sign is ruled by one of four natural elements: earth, fire, air, or water. The element guiding a zodiac sign reveals a great deal about that sign’s personality and values.

The twelve zodiac signs are distributed evenly among the four elements, meaning there are three signs per element. Pisces is one of the three water signs, along with Cancer and Scorpio.

Water signs are known for being sensitive, emotional, and passionate. As a water sign, a Pisces man is in touch with his feelings and isn’t afraid to express himself emotionally.

A Pisces guy needs a partner who is as sensitive as he is and embraces strong emotions rather than hiding from them.

Every zodiac sign has a special symbol, usually an animal, that tells us something about that sign’s unique personality traits. The symbol for Pisces is the fish.

Just as a fish goes with the flow and follows the currents, a Pisces man is usually relaxed and easy-going.

He would rather exhaust himself trying to appease everyone else than create tension or conflict.

For Pisces, compatibility in a relationship is easy to find because people born under this sign are so laid-back, they can get along with just about anyone if they want to.

He will dig his heels in when he believes in something, but for the most part, a Pisces man is mellow and relaxed, making him a pleasure to be around.

When a Pisces man has a crush, he goes to extraordinary lengths to make the woman in his life feel special.

If you are wondering how to know if a Pisces man is interested, he won’t make you wonder for very long.

This sign can’t help but wear his heart on his sleeve, so even if he’s shy, he will make his feelings for you very clear.

A Pisces man loves to perform huge romantic gestures for his partner. He will shower her with attention, affection, gifts, and anything else she could ever need to feel cherished and adored.

If you are lucky enough to date a Pisces man, then you have a devoted partner who will spoil you with all the romance your heart desires.

Because they are so dreamy and pensive, Pisces men are some of the most inventive people of the entire zodiac.

If you are wondering, “What does a Pisces man find attractive?” The answer is a woman as creative and artistic as he is.

A Pisces man wants a woman who appreciates his vast imagination and supports his creative endeavors. If you can understand and picture his vision, he will fall for you.

On the other hand, a Pisces guy also appreciates a woman who can keep him present in reality. He has his head in the clouds so often that he needs help keeping his feet on the ground.

Since he is such an artistic guy, a Pisces man pairs well either with a fellow creative mind or with someone more logical who can crunch numbers while he comes up with the ideas.

Pisces men are highly empathetic, making them sensitive to the pain of others. A Pisces guy will cry when he sees horrible tragedies in the news or even if he listens to a sad song on the radio.

Because he is so sympathetic, a Pisces man cares deeply about other people’s feelings and never wants to see anyone get hurt.

He wants a partner who is as kindhearted and considerate as he is. If you want to know how to make a Pisces man miss you, show him that you care about him even when he’s not around.

Text him throughout the day to ask him how he’s feeling and send him funny pictures and videos to cheer him up.

You can impress a Pisces guy by showing him how much you care about other people, too. Ask him if he wants to volunteer at a local homeless shelter with you or attend a charity fundraiser together.

The more you show him your caring side, the more attracted to you he will become. If you can bond over a genuine joy of helping others, you will form an intense connection with your Pisces man.

Each zodiac sign has an “age” relative to the other signs based on its position on the zodiac wheel. You can predict a person’s maturity level based on their zodiac’s sign placement on the wheel.

For example, Aries is considered the “youngest” sign since it is the first sign to appear on the zodiac chart. This means that Aries is the most childish sign of the zodiac.

Pisces is the last sign on the zodiac wheel, and therefore perhaps the most mature of all the signs.

As the oldest water sign, a Pisces guy is not only in touch with his emotions, but he also knows how to manage them.

Pisces men are often referred to as old souls. They are wise beyond their years and possess a spiritual sageness that surpasses their physical age.

They seem more experienced than they really are because their souls have been around the longest. If you are looking for an enlightened, mature partner, look no further than a Pisces man.

The typical Pisces personality is sweet and charming. When he wants to, a man born under this sign can win over anyone.

Some zodiac signs possess a winsome personality similar to Pisces, but they use their allure to control others and get what they want.

A Pisces guy isn’t innately manipulative, though, so he is unlikely to use his charms to his advantage.

If you want to have an enjoyable and pleasant, yet deep and meaningful conversation, seek out a Pisces guy to talk to.

Pisces are so sweet and good-natured that they naturally attract people to them. They are charming, friendly, and generally easy to be around.

A Pisces man knows how to make the best of any situation and can enjoy himself anywhere he goes, as long as he’s surrounded by the people that he loves the most.