What is The Pisces Man Texting Style? 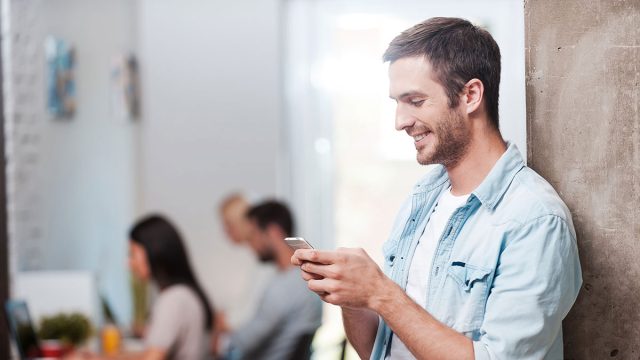 A Pisces man’s texting style might seem quiet and irregular if you don’t know him well.

You will need to initiate contact to see a Pisces man’s true texting style. When he does talk to you, though, you’ll see that he can have deep, meaningful conversations over text.

Pisces men are creative, playful people once you get to know them. They can be shy at first, but they love texting! A Pisces man will talk your ear off (metaphorically) when he’s comfortable with you.

Unlike some other men, a Pisces man will have a deep conversation over text. Sometimes this is easier for him. He can more easily watch what he says and handle his emotions this way.

Pisces men are also fun to text. They have a lot of unique ideas! A Pisces man will gladly text you all about his creative views on things.

Sometimes, the way Pisces men text and speak can be poetic. This doesn’t just mean that they are romantic or use flowery language. Some of them can talk using odd language and metaphors.

Some people love the poetic way that Pisces men speak. Others find it difficult to understand. Regardless of your opinion on the matter, you can expect a Pisces man to utilize language in a creative, poetic way when texting you.

If a Pisces man is being romantic, the poetic nature of his texts will increase. He might even resort to sending you actual poetry.

You can talk to Pisces men about feelings over text. Pisces men are not afraid of emotions and will gladly talk about them if you need to.

If you text a Pisces man frequently, he will likely reach out to you when he’s feeling sad or frustrated. Pisces men work through their emotions by expressing them and talking about them.

Don’t be afraid to talk about how you feel when texting a Pisces man. A Pisces man will offer you support if you need to talk through your feelings with him. He will never ignore you for being “too emotional.”

Pisces men are emotional in good ways too! When your Pisces man is happy, he’ll send you a text letting you know how great his day is going. If something good happens to you, he’ll gladly share in that joy.

Pisces men love having meaningful conversations over text. Conversations with a Pisces man are rarely superficial.

A Pisces man will tell you his deepest secrets over text. Sometimes, it is easier for a Pisces man to talk over text.

If a Pisces man is worried about telling you something, he might text you about it. He’s not doing this to avoid the conversation. He’s doing this because he might be afraid of rejection, and it is easier to deal with that over text.

You can typically trust anything a Pisces man texts you. Pisces men are genuine, even when talking to people via text or online.

You don’t have to worry about texting a Pisces man about something important. The message won’t get lost. He will pay just as much attention to it as he would if you told him in person.

If a Pisces man likes you and trusts you, he will be comfortable having deep conversations with you over text.

Some men think deep, personal conversations should only happen in person. They might feel like texting is less personal than in-person conversations. Pisces men disagree with that sentiment.

If a Pisces man needs to discuss his views on something or talk about his feelings, he doesn’t want to wait until he can see you in person. He will just text you about whatever it is.

You can have intense discussions with a Pisces man over text. He’ll text you for hours if you need to sort out a problem or if he needs to work through something with you.

When a Pisces man is texting, he uses a lot of emojis. He often uses them just because he thinks they’re fun.

He might insert random, rarely-used emojis in the middle of a sentence. He sometimes adds emojis that are seemingly unrelated to what he’s saying.

Sometimes, a Pisces man’s use of emojis doesn’t make sense to anyone but him. It’s something you’ll just need to get used to.

Pisces men are creative! You will see a Pisces man’s artistic, imaginative side when he texts you.

A Pisces man might send you photos of projects he’s working on. He will also likely talk about whatever he’s creating, especially if you two talk often.

The way a Pisces man texts is often creative as well. He doesn’t always text in full, syntactically correct sentences. He uses a lot of abbreviations and emojis. He also uses creative language.

Texting a Pisces man isn’t like texting anyone else. His style of texting will stand out from everyone else you text with.

Pisces men will also text you about their fantasies, dreams, and daydreams. Expect to see a lot of odd texts from your Pisces man. This is just one way he expresses himself and shows you his creative side.

Pisces men have deep discussions over text, but they can also be light-hearted when texting.

Texting a Pisces man can be very fun. It’s not always emotional or intense. He’s cheerful and pleasant too.

If a Pisces man doesn’t know you well, he might stick to lighter topics at first. He’ll gladly listen if you need to talk about something, but he won’t always open up to you right away.

A Pisces man might also want to text about lighter subjects if he feels overwhelmed. He might want to talk about art, a movie you both like, or just chit-chat about your days.

It will be obvious when a Pisces man wants a light-hearted conversation over text. He’ll stray away from any topics that are too serious. He may switch the subject if you bring up current events or anything he considers too heavy.

Sometimes when a Pisces man texts you, he’ll be playful and teasing. This is one way Pisces men show affection with the people they are close to.

Pisces men aren’t mean with their teasing. A Pisces man is more likely to text you jokes or tell silly stories than poke fun at you.

Pisces men aren’t the type of people to be serious all the time. They can be serious when having emotional discussions, but they don’t want to take life too seriously.

Your Pisces man will likely text you about a weird dream he had last night, send funny videos he sees on the internet, or make a light-hearted, teasing comment.

A Pisces man might send you some odd texts as well. Most of the time, he’s just trying to have fun. Don’t think about it too hard.

Do Pisces men like to text? They do! Many Pisces men enjoy having conversations via text message.

If you want to tell if a Pisces man likes you through text, just pay attention to how much he texts you. Pisces men text the people they like a lot!

Don’t be surprised if a Pisces man texts you every day. He is the type of person who loves good morning and goodnight texts, even if you two didn’t talk much during the day.

As long as you keep responding to a Pisces man, he’ll talk to you for hours. He will gladly keep a conversation going once you’ve started it.

Pisces men are the type to send long, rambling text messages. Your Pisces man might also send many texts in a row. He’s not the type of person who avoids double-texting.

If you want to flirt with a Pisces man via text, you will likely need to initiate. Many Pisces men don’t reach out, but they will talk to you if you message them first.

A Pisces man’s texting habits can seem irregular. This is just because they aren’t good at reaching out. If you message a Pisces man first, he will text you regularly.

One of the signs a Pisces man likes you through text is that he will initiate conversations now and then. That doesn’t mean he dislikes you if he never does, though. Some Pisces men are better at starting conversations than others.

Once you start the conversation, a Pisces man is usually good about keeping it going. You won’t have to struggle to get a reply from him. You just need to be the one to send the first text most of the time.