How Do You Get a Pisces Man to Text You? 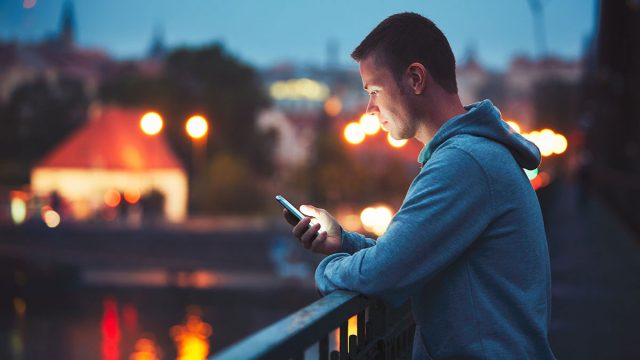 Will a Pisces man text you back when he loves you? Most of the time, yes.

A Pisces man won’t risk losing you by not responding. But he does have some insecurities and quirks that can slow him down.

You have to understand his unique personality in order to recognize typical Pisces man texting habits. Otherwise, his behavior may confuse you.

Pisces texting habits are influenced by his mood. This is why it can seem like he’s being so erratic. You need to know how to keep a Pisces man’s attention.

When a Pisces man has a crush on you, he’ll want to remain connected. But he’ll also need some coaxing once in a while. He can retreat when he gets moody.

Tempt Him On Social Media

A Pisces man not responding to texts may be busy. Sometimes he is also in a low mood and convincing himself that you really aren’t into him. Pisces are good at deluding themselves into believing strange things.

He may even convince himself that you’re cheating for now reason. If you need to get his attention and he isn’t responding to your texts, try tempting him on social media. Leave hints that will appeal to him.

A Pisces man who is unsure of where he stands with you, it can help to encourage him. If you post status updates and photos that appeal to a Pisces man, he’ll reach out. Post spiritual quotes and messages or post references to inside jokes.

If you’re wondering how to get a Pisces man to chase you, you will need to show some vulnerability and a sensitivity to his emotions. Post content on social media that makes a Pisces man see that you are sensitive and caring.

A Pisces man’s flirting style can be subtle but he’s always romantic. Drop hints. Don’t be too confrontational. Even basic assertiveness that works for most other guys will come across as too strong for a Pisces man.

Drop clues that you care about him and are thinking of him. This way, you won’t come across as if you are chasing him. Let a Pisces man have some breathing room while showing him you care.

Another way to use hints to entice a Pisces man is to hint about new things going on in your life. This can trigger his curiosity and make him eventually reach out to you because he will want to know what you are “Vaguebooking” about.

Drop hints that something exciting is coming your way, or that you finally did something on your bucket list. But keep people guessing. Your Pisces man will be watching your feed online. He’ll see it. But if you want to be more personal you can direct message him.

Leave a few clues that combine text with pictures but that still keep him guessing. Do this sparingly. Don’t text him every day with clues or he will feel overwhelmed by your pursuit. Instead, let him sit with the message and respond when he’s ready.

If you’re wondering how to know if a Pisces man likes you, test him by showing empathy and love and seeing how he reacts. When you see your Pisces man, demonstrate that you understand his feelings.

If he’s not talking to you directly, be sure to show empathetic reactions when talking to others in his presence. Show him that you have a strong sense of empathy. Reflect back what he is telling you.

If you are texting him, showing empathy can be a little trickier. Try to elicit what he’s feeling or going through and show him you understand why he needs space or why he’s feeling a certain way. Do this minimally so as not to seem intrusive.

In general, the more compassionate and empathetic you are, the more likely a Pisces man will be to come around sooner rather than later. He so seldom finds someone who can relate to his feelings that he won’t want to lose you.

When he sees you as a compassionate ally, he will want to spend as much time with you as possible and when he goes quiet it won’t be for long. A Pisces man who sees you as compassionate will reach back out to you quicker than not.

This includes being compassionate and understanding about his occasional need for space. When you text him, show understanding and let him see that you can relate to what he’s going through. At the same time, focus on unconditional love.

Always treat a Pisces man with compassion and sensitivity. He has a thinner skin than most guys. He will not easily handle criticism or feedback no matter your intentions being good. You’ve got to be very careful about how you handle his feelings.

If you’re wondering how to know if a Pisces man likes you through text, you’ve got to understand how he thinks. Pisces men are attracted to deep emotions, strong connection and the esoteric.

Be a mystery to a Pisces man. Show him that you have a greater depth and complexity than most people realize. Leave your texts open ended so that he has to follow up in order to fully know what you are talking about.

A Pisces man who is not interested will ignore your texts and may even ghost you. Yet a Pisces man may love you but avoid texting back for other reasons. Be mysterious and a Pisces man will assume you’re hiding some deep wisdom.

He may also assume you’re covering some secret wound. Either way, he will be drawn to you and will want to seek you out. This can be a good icebreaker to get a Pisces man to respond to you when he’s been quiet for a while.

Give a Pisces man space when he first goes quiet. A Pisces man needs to decompress from time to time. When you text him, if you really want a reply, send him brief, inspiring, positive and empathetic messages that are spaced out from each other.

Don’t rapid fire text him. Let some time go by, a day or more at least, before you send him a follow up text. If your Pisces man hasn’t responded to several texts in a row, over the course of a week or more, step back.

Leave the proverbial ball in his court. If a Pisces man has any feelings for you at all, he’ll get in touch with you. He won’t leave too much open space because he knows you can easily find someone new.

Pisces men are insecure and won’t want to leave any opportunity for you to fall in love with someone else. If he keeps you hanging on for an excessive amount of time, he’s really not interested in you.

Give a Pisces man a chance to get accustomed to being in a relationship. As much as he wants to be connected with you, he also doesn’t want to be intimidated or dominated. You may not realize this because he makes it easy for others to dominate him.

He’s seldom assertive and doesn’t speak up for himself. A Pisces man who feels like you are texting him excessively will see you as dominating his time. He will become overwhelmed and start to hide away even more.

Always leave a Pisces man wanting more. If you want him to text back, make it seem as if you are busy and let him chase you rather than the other way around. Give him a chance to miss you and he’ll pursue you.

If you want to give your Pisces man a reason to respond to you, text him subtle hints but make them romantic and enticing. Think of it like sexting but focusing on romance and love and not sex specifically.

Send him a few lines of romantic poetry. Text him romantic photos. Use your texts to remind him how much you love him. Send him your favorite love quotes or inspirational sayings.

Pisces men crave romance, love and affection. Remind him of this and send romantic, loving messages. Show him that you care about him by checking in and sending him uplifting messages.

This is something you should really only do as a very last resort. Stoking the flames of drama can motivate a Pisces man to respond to you. Yet a Pisces man will not be able to resist coming to the rescue.

This can come at a cost, though. A Pisces man who responds to you only when it seems you are in a crisis or you’ve created drama may either learn that you are creating drama just to get his attention. Another possibility is that when the crisis ends, he’ll go quiet again.

This then leaves you in a cycle of having to escalate tension in order to get him to respond. This is not sustainable for the long run. It is also a way to burn him out and turn off a Pisces man.