How to Get a Pisces Man to Respond to Your Text 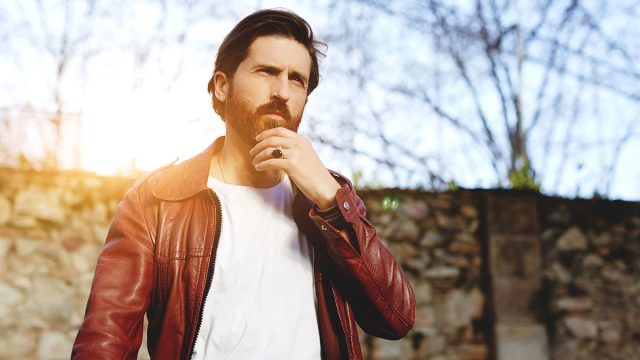 If you are dating this mysterious sign, then you may wonder what it takes to get a Pisces man text response.

What can you text him to guarantee he will reply to you?

Don’t be worried if your Pisces man texts you on and off, and sometimes take hours or days in between messages. These are the typical Pisces man texting habits.

It doesn’t mean that he’s disappeared from your life forever or that your Pisces man is not interested in you anymore.

But there are some messages that are too good for him to ignore, and you can figure out what they are by learning more about his zodiac sign’s typical personality and texting style.

Ask How He Is Feeling

If your Pisces man is not responding to texts, it probably just means he’s too busy to check his messages or he forgot to respond.

Pisces men can be forgetful and absent-minded, and they aren’t the best at checking their phones regularly.

Don’t panic when your Pisces guy doesn’t text you back immediately because this is typical Pisces behavior.

But it could also be an indication that something is wrong. When a Pisces man is upset, whether it’s with you or someone else, he may isolate to deal with his feelings.

Send your Pisces guy a thoughtful message to ask him how he’s feeling. Some signs don’t like to share their emotions, but a Pisces man doesn’t mind being vulnerable.

Ask him how he’s feeling without guilting him for ignoring your other messages. Just tell him that you hope everything is okay and that you’re here for him if he wants to talk.

Ask for His Help

Pisces men are naturally nurturing and caring. They believe they are on this planet to serve others and make the world a better place for everyone.

Pisces guys are extremely generous with their time, money, and energy for the people they love.

If you want to get a response from your Pisces guy, text him asking for help with a dilemma. When a Pisces man has a crush on you, he will drop everything to lend you a hand.

When your car breaks down on the side of the road, text your Pisces guy. If he checks his messages, he is sure to respond right away when you need him.

Just make sure that you text your Pisces guy lots of other things besides asking for help. If you only text him when you need something, he might start to feel used.

But most of the time, a Pisces man can’t resist the opportunity to be helpful. He loves a damsel in distress, so don’t be afraid to reach out to him over text to ask for his help.

Ask for His Advice

Each sign of the zodiac has an assigned “age” based on the sign’s position on the zodiac wheel.

The zodiac wheel is divided into twelve units, similar to a clock. Each sign has its own unit.

The first sign, Aries, is considered the “youngest” zodiac sign. This means that Aries people are playful and childlike, and might be less mature than those born under other signs.

Pisces is the final sign of the zodiac, making it the “oldest” or most mature zodiac sign of all.

This tells us that Pisces men are old souls and wise beyond their years. If you want a Pisces guy to respond to your text, ask him for advice.

Explain your problem or situation and ask him what he thinks you should do. He will be flattered that you want his opinion and will probably text you back excellent advice.

Pisces men like it when others value their opinions, so even if you don’t have a serious issue, simply text your Pisces guy asking for movie or music recommendations.

He is an imaginative and innovative guy, so texting him to ask for his opinion on a creative topic is always a good idea.

Text Him to Brainstorm Ideas

Pisces guys are super creative and they often work in an artistic field or have a creative hobby. Your Pisces guy is likely a talented musician, dancer, or painter.

If you are wondering how to make a Pisces man chase you, text him to brainstorm ideas.

Text him about an art project you are working on and ask his opinion, or seek his help planning a surprise party for a mutual friend.

A Pisces guy is imaginative and dreamy, so he will love engaging in a conversation with you to come up with creative ideas.

Text Him Lots of Compliments

When a Pisces man likes a woman, he notices and adores everything about her. He wears his heart on his sleeve, so he can’t help but share his admiration.

He likes to uplift his partner and make her feel good about herself, so you can expect lots of compliments from a Pisces guy if he has a crush on you.

Lavishing you with praise is the typical Pisces man flirting style, and he likes it when his compliments are returned.

If you want to get a text back from your Pisces man, send him plenty of sincere, thoughtful compliments. Your kind words will brighten his day and he will be flattered by your attention.

Pisces men are very sensitive and empathetic, so they tend to take on other people’s emotions as their own.

This is why you must be careful to keep the majority of your messages to a Pisces guy positive and upbeat.

If you only text him when something is wrong or you need help, he will start to dread your texts because they make him feel bad.

You should still go to him when you need to be cheered up, but make sure that the tone of most of your messages is playful and sweet.

Don’t Tease or Criticize Him over Text

Some signs like to tease or make fun of their love interest as a form of flirting, but a Pisces guy isn’t receptive to this style of seduction.

Although he may try to hide it, a Pisces guy is very sensitive to criticism and suffers from low self-esteem.

If you want to know how to get a Pisces man to chase you instead of ignoring you, you should never be critical of him in your text messages.

Even if you are just joking, don’t say anything unkind about your Pisces guy.

This is a good rule to remember for in-person conversations as well, but it’s even more important over text where your tone can get lost in translation.

When it comes to texting a Pisces man, timing is everything.

If you want a response, don’t think that ignoring him will make him curious about you and get him to text you more.

A Pisces guy might not be the best at responding to messages regularly, but that’s just his dreamy and forgetful nature. It doesn’t mean you should treat him the same way to intentionally hurt his feelings.

Don’t play games by taking too long to respond to his messages, thinking that it will give him a taste of his own medicine and teach him a lesson.

If you neglect him, he will think you don’t like him anymore and move on, because that’s what happens when you ignore a Pisces man.

If you are looking for an immediate response, text your Pisces guy when you know he’s available. Wait until you know he’s off work or isn’t too busy to give you some attention.

Tell Him You Miss Him

Pisces men are usually introverts and they need time to themselves to recover after too much social interaction.

A Pisces guy isn’t anti-social; in fact, he adores being surrounded by loved ones. He just also needs time alone to be his best self.

When your Pisces guy needs a night alone, be patient and understanding. Don’t blow up his phone with tons of messages because it will only stress him out or make him feel guilty.

Instead, send him one or two simple messages saying that you miss him but you’re glad he is taking care of himself. He will appreciate your thoughtfulness and will miss you back.

Make Him an Offer He Can’t Refuse

No matter how hard you try, your Pisces guy still might not respond to your texts. It’s not a reason for concern, it’s just the typical Pisces texting habits.

But one way to guarantee a response is to make him an offer he can’t refuse.

If you want to know how to keep a Pisces man’s attention, send a text offering him concert tickets to go see a musician you know he loves with you.

If there is a museum exhibit or other event you know he is dying to attend, ask him to go with you and turn it into a romantic date.

No matter how busy your Pisces guy is, he will certainly respond to your text messages when you send him a generous and exciting suggestion.