How do You Get a Pisces Man to Open Up? 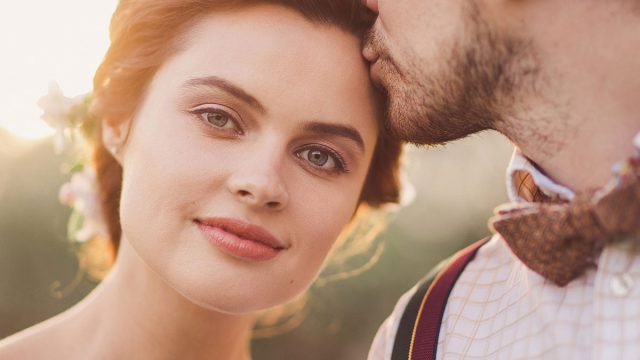 If you want to deepen your connection with him and take your relationship to the next level, you need to make your Pisces man open up.

How can you get this zodiac sign to be vulnerable with you?

When you want to get closer to a Pisces man, one of the best things you can do is to share your feelings with him and get him to reciprocate.

But it’s not always easy to get this shy, sensitive sign to spill his secrets. You need to know just how to handle a Pisces guy to make him share with you.

By learning more about his zodiac sign’s typical personality traits and behaviors in love, you will know what to do to get your Pisces man to open up to you.

Ask Him How He Feels

One of the signs a Pisces guy likes you is that he notices how you feel or asks how you are doing. He genuinely cares about your feelings and wants to take care of you.

But if he never seems to notice when you’re upset or never asks about your feelings, it’s one of the signs a Pisces man is playing you.

One of the best ways to get your Pisces man to open up is by asking him how he feels. He is always considerate of the feelings of those around him, so he will appreciate being asked.

Don’t be too forceful or put too much pressure on him to answer. He might not open up to you the first time you ask, so check in on him consistently to see how he’s feeling.

The more you extend the invitation for your Pisces man to talk, the more likely he is to let down his guard with you.

Be Vulnerable With Him

If you want to know how to attract a Pisces man and get him to open up, try opening up to him first.

When you share your secrets with a Pisces guy, it shows that you trust him and want to deepen your connection with him.

Tell him a secret, share something about your childhood, or reveal your most embarrassing moment. You can trust your Pisces man to keep whatever you say to himself.

Once you’ve opened up to him, he is more likely to share his secrets in return. Keep revealing more of yourself to your Pisces guy, and eventually, he will want to do the same.

No matter how many times you invite your Pisces guy to talk about his feelings, he might not tell you anything if he doesn’t feel like he can trust you.

You can earn a Pisces man’s trust by always being honest. The tricky thing to remember with a Pisces guy, though, is that you must temper your honesty with thoughtfulness.

Pisces men are very sensitive, so although he would rather hear the harsh truth than a sugar-coated lie, he still wants you to be kind and respectful.

What attracts a Pisces man is a woman who knows how to express the truth in a considerate and tactful way.

When you have to tell your Pisces guy something unpleasant, choose your words carefully and take his feelings into consideration.

You should also be honest to others so that your Pisces guy sees you as a person with integrity he can trust.

Pisces men are dreamers and they often have their heads in the clouds. They are generally positive people and view the world through rose-colored lenses.

A Pisces man is always coming up with grand ideas and big schemes. Unless he is reminiscing on the past, he is always thinking of the future.

He needs a partner he can tell his hopes and dreams to without her shooting down his ideas or making fun of him.

If you want your Pisces guy to open up, be supportive and encouraging when he tells you about his plans. If you spot problems, point them out kindly and offer a solution instead of just being critical.

When you encourage and inspire him instead of stifling his creativity, it attracts a Pisces man to you.

Pisces men are genuinely interested in the people around them, but they abhor gossip. They don’t trust anyone who speaks negatively about others behind their backs.

If you are wondering about how to get a Pisces man to chase you, make sure you never gossip to him or in front of him.

He will think that if you gossip about others, you might gossip about him, too. Why would he open up to you if you are just going to turn around and share his secrets or make fun of him?

There are plenty of things to talk about with your Pisces guy besides other people. Avoid getting into other people’s business and your Pisces man will be more likely to share his with you.

Some signs like playful teasing and use it as a form of flirtation. But a Pisces man is very serious and tends to suffer from low self-esteem, so making fun of him is a bad idea.

When you’re dating a Pisces man, be careful never to tease him or make fun of him, even if you’re just joking.

He might laugh it off on the surface, but deep down, it hurts his feelings and makes him pull away from you.

Don’t be critical of your Pisces guy and don’t make him the butt of your jokes, especially in front of other people, if you want him to open up to you.

Although they can be conservative, Pisces men are generally open-minded and nonjudgmental. They are friendly, easy-going people that can get along with anyone.

A Pisces man wants a woman who is as nonjudgmental as he is. He wants to be able to show all sides of himself without fearing criticism or condescension.

If you want to know how to make a Pisces man love you and share his feelings with you, show him how open-minded you are.

Don’t judge others and don’t speak unkindly of anyone. Be open to new ideas and ways of thinking, and don’t be too stubborn and unyielding.

Despite your best efforts, it can take a Pisces man a long time to feel comfortable enough to let his guard down, especially with someone new.

If it’s taking him a long time to open up to you, don’t get discouraged and think it’s one of the signs a Pisces man has lost interest in you.

Be patient and don’t try to force or pressure him into sharing his innermost thoughts and feelings. The more you push him, the more uncomfortable he will become.

Even if he shares with you because you forced him, he will recognize it and become bitter and resentful.

Take your time with a Pisces man and let him open up to you at his own pace. Good things come to those who wait, and a Pisces partner is definitely worth waiting for.

A Pisces man is his partner’s biggest cheerleader, and he wants his partner to be the same for him.

His low self-esteem combined with his intense devotion to his partner can make a Pisces man needy in relationships.

If you are wondering, “What does a Pisces man look for in a woman?” The answer is someone who builds him up and boosts his self-esteem.

When a Pisces man loves a woman, he treats her like royalty. Although he doesn’t expect back as much as he gives, he deserves someone who makes him feel like a king.

Give your Pisces guy plenty of compliments to lift his spirits. When he sees that you hold him in high regard, he will be more likely to let you in.

Be a Good Listener

A Pisces guy is the perfect person to go to with your problems because they are attentive listeners and offer sage advice.

If he stares silently while you talk, don’t think it’s one of the signs a Pisces man is not interested in what you’re saying.

He is an excellent listener, and instead of pretending to listen to you just long enough so he can interrupt with his thoughts and opinions, he takes the time to really absorb your words before responding.

You can get your Pisces guy to open up by treating him the same way. He is more likely to tell you things if he knows you pay attention and really hear him.

Although it’s nice to offer solutions and help him work through problems if you can, you should also know that sometimes it is best to just let your Pisces man vent to you.

If you want him to open up, don’t interrupt him when he answers your questions, and don’t just wait for him to finish talking so you can share your opinions.

Listen carefully and take your time before responding to show your Pisces guy that you care what he has to say, and he will want to come to you to talk.

Do Pisces Men like Public Display of Affection?How to Play Mind Games With a Pisces Man
Hello, I'm Liz