How to Play Mind Games With a Pisces Man 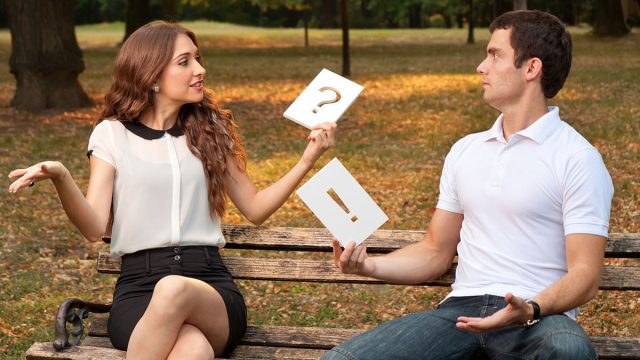 Whether you want to get revenge on him or just mess with a Pisces man, mind games are a great way to make him crazy.

How can you play mind games with this sensitive sign?

If your Pisces man has hurt you and you want to get back at him, or if you just don’t like him, playing mind games is a sneaky way to hurt him.

If you like your Pisces guy, avoid playing mind games, as it will only serve to push him away from you in the long run.

By learning more about his zodiac sign, you will know exactly what it takes to get under a Pisces man’s skin.

One of a Pisces man’s favorite tricks is to shower you with attention and affection, only to disappear suddenly for days at a time.

He’s not trying to be cruel, but a Pisces guy is usually an absent-minded introvert, so he needs plenty of alone time to get lost in his thoughts.

You can mess with his head by giving him a taste of his own medicine. Show him lots of love and attention, then withdraw suddenly.

When a Pisces man says he misses you, don’t respond to his texts or calls. It will mess with his head and he will start to feel unloved and rejected because that’s what happens when you ignore a Pisces man.

Pisces men are very deep and would rather talk about the meaning of life than make small talk, but a Pisces guy won’t open up to just anyone.

If he tells you something personal and significant, it’s one of the signs a Pisces man is in love with you.

You can play mind games with your Pisces guy by getting him to tell you his secrets and then revealing them to everyone.

It will warp your Pisces man’s sense of trust when he discovers that suddenly everyone knows his private thoughts and personal history, especially if you lie and tell him you didn’t share his secrets with anyone.

You could also mess with him by admitting that you did tell his secrets, but you didn’t realize it was such a big deal and he shouldn’t be so sneaky and secretive, anyway.

One of the best mind games you can play to torture a Pisces guy is to play on his guilt and sympathy.

Pisces men are highly empathetic and they care about everyone’s feelings. If you want to know how to make a Pisces man feel guilty, make him think that he has hurt someone.

Tell him that he hurt your feelings with his insensitive comments or by treating you poorly. Don’t hold back any emotion, and let him see you cry and get upset.

You could also tell him that your friends or other people don’t like him because they think he is rude or unkind.

This type of criticism weighs heavily on his heart and makes him feel remorseful, even if he hasn’t done anything wrong.

You can drive your Pisces man crazy by making him think that he has hurt other people, even when he has been nothing but perfectly kind and polite.

Pisces men crave honesty from their partners. They hate being deceived and are uncomfortable around people they don’t feel like they can trust.

You can mess with your Pisces man’s head by being deceptive and manipulative. Get him to trust you first, then lie to him and never reveal the truth.

This can be as simple as saying one thing to your Pisces man, then adamantly denying it later.

When he insists that you told him you liked them, stand your ground and claim you never said that. Your Pisces man will go wild with self-doubt, something he already struggles with.

When a Pisces man ignores you by not responding to your calls or texts, it’s usually because he’s busy or just forgot.

He can be a bit flaky and unreliable, but he will be there for you when you absolutely need him if he cares about you.

You can play mind games with your Pisces man by being unreliable, especially when he needs you the most.

Show up for him most of the time, but just when he really needs you, like if his car breaks down on the side of the road and he needs help, ignore his calls.

By making him dependent on you and then pulling away in his time of need, you can make your Pisces guy feel helpless and insecure, which will definitely mess with his mind.

This is the #1 mistake women make with a Pisces man...

A Pisces man likes to get to know people on a deep, intimate level. He wants his loved ones to be vulnerable and open up to him.

If he never asks you how you feel and doesn’t seem to care about you, it’s one of the signs a Pisces man is playing you.

But if he asks you lots of personal questions and tries to get to know you well, it means that he likes you.

You can drive your Pisces man crazy by being a closed book. Don’t reveal any personal information and never show him any emotion.

It will mess with his head if you are stoic around him and always answer his attempts to get to know you with generic answers.

Pisces men are usually very polite. They don’t want to step on anyone’s toes or hurt their feelings, so he is always kind and courteous.

Even after a breakup, a Pisces guy is nice to his exes. The only time he is likely to be rude to you is when a Pisces man is done with you and you have deeply hurt him.

It will make your Pisces guy crazy if you are rude, either to him or to other people in front of him.

If you are rude to other people, just make sure that you let them know you’re trying to mess with your Pisces man, otherwise you might push them away, too.

Get the "love spell" to attract and keep your Pisces man.

If you want to know how to destroy a Pisces man, be critical of his ideas, and judge his character.

Pisces men are highly sensitive and emotional, and they also tend to struggle with low self-esteem. They can’t stand to be criticized, making it the perfect way to mess with his head.

When he tells you his plans and dreams for the future, tell him that they are stupid and unrealistic.

When he shows you his latest creative project that he’s been working on, point out the flaws and tell him that you don’t think it’s any good.

When he interacts with one of your friends, tell him that he was rude and that your friend doesn’t like him.

He is deeply sensitive to criticism, so he will take your words to heart and remember them.

You are sure to mess with his mind if you shoot down his ideas, make him feel inferior, and judge him.

Pisces men aren’t particularly jealous or possessive in relationships because they are generally trusting of their partners.

But you can make your Pisces guy jealous and play mind games with him by making the relationship feel one-sided.

Pisces men are hopeless romantics. They enjoy being in love so much that they often rush into it, so being in a one-sided relationship is a common problem for a Pisces guy to have.

When a Pisces man says he loves you, tell him that you didn’t think your relationship was so serious and you are still seeing other people.

After you go on a date with a Pisces guy, post pictures of yourself online with another man.

Compare him to other guys and compliment other men in front of him. Making him envious is one of the best mind games you can play to torture a Pisces man.

Don’t Give Him Time Alone

Although they enjoy being surrounded by their loved ones, Pisces men tend to be introverted. They need lots of time to themselves to recharge.

Leaving a Pisces man alone sometimes to get lost in his thoughts and pursue his creative ideas is important.

You can play mind games with him by never leaving him alone or giving him a moment to himself.

When he says that he wants to spend a night alone at his place, start an argument with him. Tell him that he doesn’t spend enough time with you and that you feel neglected.

When he closes his door and asks not to be disturbed while working on something, interrupt him every ten minutes by making noise or going in the room.

Not having any time to himself will not only mess with your Pisces man’s mind but it will also make him feel irritable and exhausted.