What Happens When a Pisces Man Gets Mad? 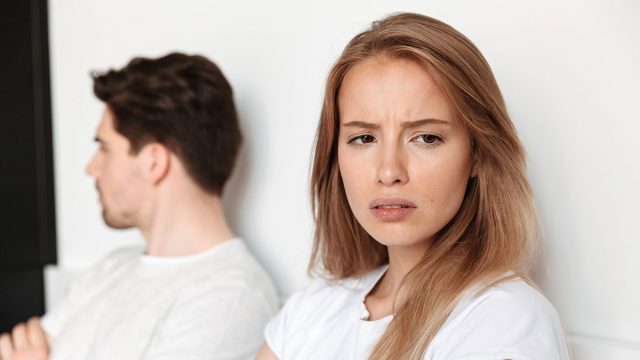 When a Pisces man’s mad, you won’t know it at first. He is a master of disguise.

A Pisces man is good at talking himself out of his feelings but inevitably, he reaches a breaking point. He doesn’t deal with anger well.

A Pisces man’s temper is confusing to understand. He will initially seem like the ideal partner because it seems like he’s always willing to go along with what you want and never gets mad.

But this is an illusion. Pisces men aren’t comfortable with anger. They try to stifle their feelings until they can’t any longer. Then their anger comes out in dramatic fits.

When a Pisces man gets upset and can’t stifle his feelings anymore, he will throw legendary tantrums. He will run the gamut from manipulation to violence.

When a Pisces man is done with you, he’ll go quiet at first. He won’t try to rationalize his point and he probably won’t even bother giving you an explanation. But there are plenty of red flags that can emerge before he’s done with the relationship.

He will become quiet and sulky at first. You may not even realize he’s angry at this phase. This is the first stage in a Pisces man’s anger reaction. It’s the phase in which he tries very hard to pretend nothing is wrong.

When he goes quiet, give him some time at first. He needs to sort out his feelings and try to talk himself out of his anger. If you approach him too soon, he’ll deny anything being wrong. He’ll pretend he’s fine.

A Pisces man needs this initial downtime to put things in perspective. If you’re the kind of person who wants to talk out your problems right away and get right to the solutions, this is going to be challenging.

A Pisces man doesn’t focus on solutions, he does focus on feelings. So while you may be all ready to talk about how to get past your conflicts and create harmony, a Pisces man will feel invalidated. Yes, he wants harmony too.

But he needs to sit with his feelings first. Don’t be in too much of a hurry to get him to open up. Instead, let your Pisces man know that you still care about and respect him without intruding on his need for privacy and space.

After a few days pass, if he doesn’t come around, try to reach out to him and show your nurturing and reassuring side. Give him a chance to talk about what is on his mind. If he does start to open up about the reason for his silence, don’t judge him.

This will automatically make him shut back down again. Instead, be open to what he is saying. His perception may be dramatically different from yours but needs to be treated as valid. Otherwise it will just add gasoline to the fire.

How does a Pisces man test you? He’ll test the waters by trying to tell you his feelings. He’ll start with the more benign feelings before revealing his deeper vulnerability. This can come across as him being misleading.

Yet a Pisces man can also be highly passive-aggressive. This is because he can’t easily contain his anger but also doesn’t like to directly express himself. He doesn’t like to assert himself.

A Pisces man feels uncomfortable addressing the reasons he is upset and may try to soften his message or find indirect ways to express himself. He will tiptoe around a subject rather than addressing what is really making him upset.

He may make snarky comments or act facetious. He may use sarcasm and indirect comments to get your attention, but then will deny there is anything wrong. He does this to protect his more sensitive feelings.

But even though a Pisces man does this in order to soften his anger and avoid conflict and drama, his pattern of passive-aggressive behavior actually makes it harder to relate to him. He could make it easier to solve problems by being assertive.

Do Pisces feel bad when they hurt someone? Always, they are highly conscious of other people’s feelings. As empaths, Pisces men are always mindful of the feelings of others.

This is part of why they hide their anger. They’re afraid they’ll say something they regret. Yet in doing so, a Pisces man will also make it more likely that he will snap and become resentful or outwardly angry and out of control.

A Pisces man’s silent treatment is his way of protecting himself from his feelings and also protecting you from his reactions. He will sulk at first because he feels like he is the victim.

Even when he was not intentionally hurt or even the target of malice, a Pisces man will assume that anytime he doesn’t feel good it is because he has been the victim of someone else’s actions. This automatically puts him on the defensive, which he doesn’t like.

So instead, he will go into self-pity. He’ll take the time to nurture himself and won’t address what is making him angry. Yet in his sulky mood, he becomes even more resentful.

When a Pisces man ignores your text, it is a signal he needs more time to ruminate over the situation that has made him upset in the first place. He will try to make sense of the situation on his own but will also fixate on the idea that he is the victim.

He’ll Drink Too Much

What happens when you ignore a Pisces man? Once he is ready to reconcile, he may have done some serious damage. All his silence and passive-aggressive reaction can leave you feeling like the relationship is just too much drama.

If you leave him alone and don’t show an interest in trying to smooth out the conflicts, or if he’s just plain angry and doesn’t want to speak up for himself and address his emotions directly, a Pisces man will self-destruct.

They are prone to self-sabotage and destructive tendencies. They can be deeply emotional and vulnerable but when it comes to anger, they completely mishandle their emotions. This leads to counterproductive behavior.

One of the most common ways a Pisces man will react to anger is to try to escape or stifle it with further destructive behavior. He’ll drink too much, for example. You may notice this gradually happening over time. If a Pisces man is gradually increasing his daily alcohol or drug use, it could be a sign he’s angry about something.

He’ll probably never admit it. He will instead deny anything is wrong. Until he’s intoxicated or high. When he’s no longer able to inhibit his emotions, he will lash out. He’ll make everything sound like it was your fault.

He won’t be likely to rationally deal with his feelings. He won’t take responsibility for his own actions and if he suffers consequences from his drinking or drug use, he’ll blame that on you as well.

In general, a Pisces man who is angry will try to get you to take responsibility for his feelings. He will make you feel guilty. He won’t hold himself accountable for his role in the situation.

Pisces men protect themselves from pain by always putting themselves in the victim role. Sometimes, during his silent phase, a Pisces man will busy himself trying to recall any past slight or wound.

He does this so he’ll have a justification for his view that he is the victim and you are the aggressor. He won’t come out swinging, but he will re-emerge with a narrative that you are to blame for all of his problems.

When a Pisces man is angry, he’ll make you feel guilty. He’ll say you weren’t attentive enough. He’ll accuse you of flirting with another guy or being interested in someone else. He’ll blame you and provoke your empathy in an attempt to make you question whether you did something wrong.

Pisces men actually believe they are justified, so they don’t recognize this as gaslighting. A Pisces man will want to shift all blame and responsibility to you and avoid taking any responsibility.

A Pisces man silent treatment can be one of the ways he puts you on a guilt trip. A Pisces man will want to be seen as the good guy and will try to convince you that you need to change.

The bad side of a Pisces man will be on full display when a Pisces man is angry. He’ll act resentful. He can go from self-pity to self-righteous. His resentments can build over time.

This can create a toxic tension in the relationship that becomes highly destructive. A Pisces man will become vicious or go on attack mode only as a very last resort. He usually avoids acting out physically.

Even then, he will usually break things or punch a hole in the wall rather than attacking a person. He’s not a fighter. But his resentments can lead him to throw tantrums and can damage his reputation.

He will think that he is justified in his over-reaction because he’s still holding on to resentments and wounds from long ago. If he had just dealt with the issues in real time, he would spare himself much of this drama. Yet he’ll store up his anger and resentment in the long run.

An angry Pisces man can be highly destructive. He will let his emotions run wild when he gets to the point where he is ready to show his feelings openly. He can even drown in his intense passions.

10 Signs a Pisces Man is in Love with YouPisces Men in Relationships – What You Need to Know
Hello, I'm Liz