How to Make a Pisces Man Fall in Love with You 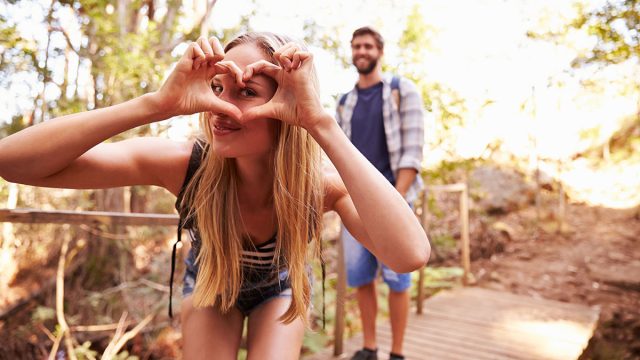 If you are dating or have a crush on him, you can learn the ways to make a Pisces man love you.

How can you steal his heart and make him fall for you?

Each zodiac sign has different traits they look for in a romantic partner. Does a Pisces man want an assertive, aggressive woman, or someone more meek and submissive?

Does he want you to chase him, or would he rather pursue you?

By learning more about his zodiac sign, you will be able to understand a Pisces man well enough to make him fall in love with you.

Tell Him How You Feel

Although they are romantics who fall in love quickly, Pisces men move slowly in relationships. He might not tell you how he really feels about you for a long time.

Just because he hasn’t professed his undying love to you yet doesn’t mean that your Pisces man is not interested in you.

He might be too shy to tell you that he loves you, or he could be waiting for you to say it first to make sure his feelings are reciprocated.

When you want your Pisces man to fall for you, don’t be afraid to let him know how you feel about him.

If you aren’t dating yet, show him that you’re interested in him by flirting, making physical contact when you talk to him, and talking to him about your feelings.

If you are in a relationship with him and are waiting for him to tell you he loves you, say it to him first. He’s probably just waiting for you to express yourself before he will say it back.

You should also talk to your Pisces man about your feelings in general. When he asks how you are, he’s not just making small talk.

Don’t brush him off with a generic answer. Instead, take the opportunity to engage him in a conversation and tell him how you really feel.

Be Open and Vulnerable

Pisces guys are very in touch with their emotions and they are sensitive to the feelings of the people around them, too.

When a Pisces guy likes you, he will want to take care of you emotionally. Asking you how you feel and genuinely caring about your emotions is a typical Pisces man in love behavior.

To get a Pisces man to fall in love with you, you need to open up and be vulnerable with him. When you are with your Pisces man in bed, stay up all night talking with him.

Tell him your secrets, your dreams, and your ideas. Tell him about your history and your most embarrassing moments. If he likes you, he wants to know everything about you.

He loves late-night conversations and trading secrets with his partner. He is an attentive and non-judgmental listener, so you don’t need to be afraid to share anything, no matter how dark, with your Pisces guy.

He needs to get to know you on a profound level before he will fall for you, so don’t be afraid to let your Pisces man into your heart.

Although he understands sarcasm and enjoys a dark sense of humor, a Pisces man is quite serious and needs someone straightforward and truthful.

What attracts a Pisces man is an honest and sincere woman. He would rather have a partner who is brutally honest than one who lies to him.

A Pisces guy’s ideal partner is honest but knows how to tell the truth without being hurtful. She should know how to express her opinions without being unkind.

If you want your Pisces man to fall in love with you, show him how genuine you are by never lying to him or others in front of him.

If you need to share an unpleasant truth with your Pisces guy, make sure to choose your words carefully and to be tactful so as not to hurt his feelings.

Politeness is one of the typical Pisces man characteristics. Their empathy and sensitivity make them courteous to others because they don’t want to hurt anyone’s feelings or make them uncomfortable.

A Pisces man needs a partner with good manners. He wants to know that he can trust her to be gracious and kind in any company.

If you want to make a Pisces guy fall in love with you, always be polite to him and others when you’re around him.

Say please and thank you, offer to help, and follow the rules of table etiquette like chewing with your mouth closed and keeping your elbows off of the table.

When he sees how gracious and refined you are, he won’t be able to help but fall for you because it shows him that you care about how other people feel, too.

Be Sensitive and Gentle

If you are wondering, “What does a Pisces man look for in a woman?” The answer is that he seeks someone who takes care of him emotionally.

Knowing that this sign is highly sensitive is an important part of understanding a Pisces man.

You need to pay attention to his moods and care about his feelings if you want a Pisces man to fall in love with you.

Ask him how he’s feeling and invite him to talk to you about his problems. Be sensitive and gentle when he’s feeling sad or angry, and try to cheer him up when he’s down.

Pisces men are highly imaginative. They are dreamers and often have their heads in the clouds.

If he tells you about his hopes and plans for the future, it’s one of the signs a Pisces man is in love with you, especially if he includes you in his plans.

Sometimes a Pisces man dreams so big that his ideas are unrealistic. When he shares his idea with you, don’t criticize or make fun of him.

Instead, support his goals and encourage him to work on the details. If you notice a problem, offer a solution instead of just telling him his plan won’t work.

Each sign of the zodiac has an “age” relative to the other signs that can tell us the maturity level of that sign.

The twelve signs are positioned on the zodiac wheel like a clock. The first, or “youngest,” sign is Aries, which points to Aries people’s childlike playfulness and emotional immaturity.

Pisces is the final sign of the zodiac, making it the “oldest” or most mature sign. This is why Pisces people are often referred to as old souls.

Because they have such mature and elderly spirits, Pisces men are very wise and give excellent advice.

If you want to make your Pisces guy fall in love with you while getting some great feedback, ask him for his opinions.

He will be flattered that you trust his judgment, and he will enjoy giving you advice because he loves to help others.

Pisces men are some of the most imaginative people of the entire zodiac. They dream big and are very creative.

If your Pisces guy doesn’t work in an artistic field, then he probably has a creative hobby like writing or painting.

A Pisces man likes a woman who understands and appreciates his artistic nature. She should be creative and able to help fuel his imagination.

If you have any sort of creative skill, such as playing an instrument or drawing, make sure to share it with your Pisces guy.

Even better, try collaborating with your Pisces man on a creative project, like writing a song or taking a painting class together.

He will be impressed by your artistic pursuits and will see you as a kindred spirit, making it easier for him to fall in love with you.

If you want to know how to get a Pisces man to chase you, you need to be feminine and flirty.

He is traditional when it comes to romance and likes to take the conventional male role as the pursuer, so you should let a Pisces man chase you.

Wear dresses and flowy skirts, and style your hair long and loose. Emphasize your femininity with delicate jewelry and a touch of makeup.

Let him pick you up for dates, hold the door for you, and pay for dinner. He is a gentleman and likes to treat his partner like a lady.

When you help him feel masculine and strong, it boosts his confidence and makes him want to be around you all the time.

Because he prioritizes love over anything else, a Pisces man makes a devoted and loyal partner. He wants someone who will be as dedicated to him as he is to her.

If you want a Pisces man to fall in love with you, you must be faithful to him and never make him question your loyalty.

Don’t try to make him jealous and don’t lead on other guys when you’re dating a Pisces man.

But being faithful is about more than just not cheating. You should also stick up for your Pisces man and let him know that you always have his back if you want him to love you.

How to Play Mind Games With a Pisces Man8 Tips on How to Make a Pisces Man Miss You
Hello, I'm Liz