10 Signs a Pisces Man is in Love with You 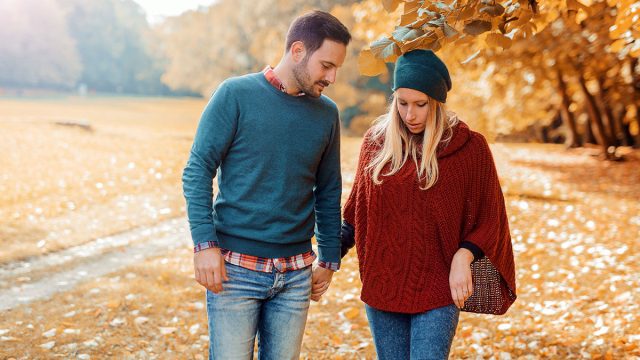 A Pisces man’s love signs are easy to recognize when you understand his unique personality and sensitive nature.

Most of the time, you’ll know right away that a Pisces man is in love with you. He’s got a strong romantic nature.

He’ll show an intense interest in you and will show more of an interest in your feelings and not just sex. A Pisces man who really loves you will want to be with you forever.

He may be shy, but he’ll take risks to show his love for you. He’ll act completely devoted to you. A Pisces man who loves you will show empathy and compassion.

A Pisces who loves you will take more risks with his emotions and will court you in traditional ways. He’ll show you the best of his dreamy, emotional nature and share his deeper, more sensitive feelings with you.

A Pisces man in love can’t hide his feelings for long. He will show his vulnerability and slowly start to open up. He will usually go to extremes to show you that he loves you and may begin to act clingy.

When a Pisces man says he loves you, he means it. You never have to second guess his intentions. A Pisces man who cares about you will take risks to show you that he loves you. He won’t make himself vulnerable and show his love unless it’s genuine.

A Pisces man in love’s behavior is hard to miss. One of the reasons for this is that he will pursue you. He will chase you passionately. A Pisces ma who cares will make it obvious.

He won’t leave you guessing for long. He will follow you on social media. He’ll also pursue you in real life. He’ll show up at your favorite places and pretend it was a coincidence that you’re meeting up with each other.

A Pisces man who loves you will pursue you not only to show his interest but also to prevent you from falling in love with anyone else. A Pisces man wants to make sure you will only have eyes for him.

He will even stand right in the way of any other potential love interest as he pursues you with zeal. Pisces men can be insecure and jealous, so they will chase you to make sure no one else distracts you from the relationship.

3. He Writes Poetry for You

If you’re wondering how to keep a Pisces man wanting you, you’ve got to continually show your compassion and love. If he feels like he’s hitting a wall repeatedly, he will eventually give up.

Another sign a Pisces man is falling in love with you is when he uses his artistic talents to express his feelings toward you. For example, a Pisces man in love may write poetry for you.

He may write a poem or song with your name or make references to his love for you through more subtle poetry. He may write a poem about some epic aspect of your relationship or the trials and tribulations you’ve gone through together.

He’ll make art inspired by you or memorialize your love for each other in some tangible way through his creative talents. He may even write a song or a story about your relationship to each other.

4. He’s Constantly with You

When a Pisces man is done with you, he will make sure you know it. He’ll usually distance himself in some extreme way and may even ghost you. You may become friends again eventually but will take his time.

He will want to constantly be by your side when he’s in love with you. It can be overwhelming if you’re not used to it. A Pisces man will want to be with you as you run mundane errands, he’ll want to spend the night constantly.

He’ll pretty much become your shadow. A Pisces man needs to feel like he’s closer to you than anyone else. When he really loves you, a Pisces man will constantly be in your presence.

When a Pisces man has a crush on you, he will find excuses to see you. When he’s in love with you, he’ll assume that you also want to be with him all the time. He’ll act like it’s expected that you’ll join free time together.

If you’ve broken up with a Pisces man and he’s still in love, he’ll show you. You’ll see obvious signs a Pisces man wants you back. Even if you’re just starting to date, a Pisces man will tell you exactly how he feels.

He will show you he’s in love with you through his actions but he’ll also start to use the word “love.” He doesn’t mind because he finds it romantic to talk about love.

He will let you know in both nonverbal and direct verbal ways that he’s completely in love with you. His devotion will be clear. He is the kind of guy who will call you several times each day just to say he loves you.

6. He Talks About Marriage

A Pisces man won’t talk about marriage unless he really loves you. When he falls in love, he’ll start talking about his dreams for the future. It may not be accurate to call them “plans” because a Pisces man is more of a dreamer than a planner.

Still, you’ll know he’s in love with you because he will talk to you about how much he wants to spend the rest of his life with you. He’ll become sentimental and talk about the wedding of his dreams.

7. He Tells You His Dreams

When a Pisces man is in love with you, part of his vulnerability is to tell you about his dreams. When he starts to talk about his aspirations, ideals and desires, a Pisces man is trying to show you that he trusts you.

He loves to feel deeply connected to you and one of the easiest ways a Pisces man can show you how much he loves you is by sharing his fantasies and desires with you. He may be secretive about his dreams when it comes to other people.

He has to really feel loved and respected in order to open up on this level. When a Pisces man loves you, he may start to assume you have the same level of love and compassion toward him as he has toward you.

He may completely drop his boundaries and start to confide in you, telling you things that surprise you. He will eliminate all limits or barriers and completely open his heart to you.

A Pisces man is highly sensitive and while he is often hurt easily, this is even more likely when he is in love with you. His sensitivity is triggered more significantly when he’s dealing with someone he cares about.

He may also personalize your completely benign actions. If you take time for yourself, he will assume you are abandoning or rejecting him. He will become hypersensitive to criticism and will read between the lines to his own detriment.

A Pisces man is easily hurt when he loves you which can make the relationship more complicated. You’ll need to be cautious and mindful of his feelings at all times to avoid a meltdown. He will look for constant reassurance of your love and devotion to him.

9. He Shares His Feelings

What happens when you ignore a Pisces man? He will become more adamant about chasing you at first, but only for a while. If you still ignore him he will assume he has no future with you and will give up.

He may text or call you with constant updates about every shift in mood, and for a Pisces man, there are a lot of changes in his mood throughout the day. He isn’t notifying you because he wants you to change his feelings.

He’s just wants to update you on how he feels. This is one of the ways a Pisces man bonds with you. He also sees this as an important part of connecting with you.

10. He Hangs Around Your House

When a Pisces man loves you, he will want to hang out at your place. All the time, in fact. When you want some private time alone, you may find it difficult to get rid of him.

When a Pisces man loves you he’ll just assume you want him to spend the night. He may gradually start to move his things in to your house, starting with an overnight bag. He will start to treat your place like it’s his place too.

You have to set firm boundaries with a Pisces man who loves you, otherwise he can easily take over your space before you know it. When he finds excuses to come over and not to leave, you know your Pisces man is serious about you.

10 Tips to Kiss a Pisces Man and Make Him Fall in LoveWhat Happens When a Pisces Man Gets Mad?
Hello, I'm Liz