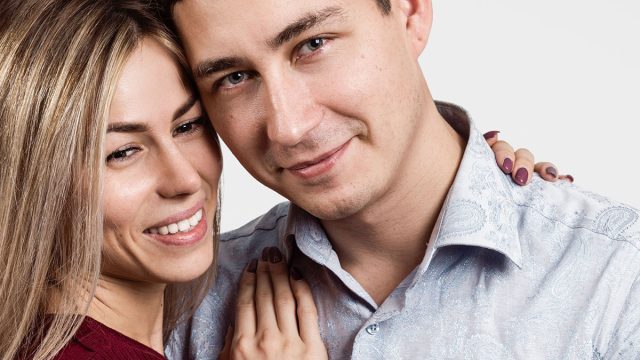 A Pisces man loves easy. He can actually become infatuated before he’s even gotten to know you.

When a Pisces man says he loves you, he usually means it. At least, he thinks he’s in love. Though he doesn’t like to deceive you, he often unintentionally deceives himself.

Pisces men fall in love easily. A Pisces man may be quick to let his guard down and fall head over heels in love. He may fall in love before he’s gotten to know you.

A Pisces man falls in love with being in love. So much so, that he may quickly go right into a new relationship as soon as one relationship ends. He’s quick to fall in love again.

He Falls in Love at First Sight

A Pisces man will easily fall in love at first sight. When a Pisces man is not interested in you, you’ll know it. His signs of friendship or indifference are dramatically different from a Pisces man in love’s behavior.

A Pisces man may see you across a crowded room or see your dating profile on a website and instantly come to the conclusion that you are his soul mate. How does a Pisces man test you?

He will lay the foundation for tests that he hopes will prove to him that you really are the ideal woman he has imagined you to be. He will supplement reality with fantasy and fall in love with at first sight without really even knowing who you are.

When a Pisces man says he misses you, it is a sign that he is falling in love. Pisces men fall in love fast. When he’s in love with you, he wants to spend every minute with you.

He Confuses Love and Infatuation

When a Pisces man is done with you, it is usually the result of a serious awakening that leaves him feeling like he was betrayed or deceived. The sad truth is, often, a Pisces man deceives himself. He confuses love with infatuation.

He falls in love quickly, or so he thinks. Usually he is actually obsessed with an image of who he thinks you are. He can’t tell the difference between real love and obsession.

He assumes that because he can’t get you out of his head, it must be love. He will also make the mistake of thinking that when you love someone, you have to be around them constantly. Many women burn out from his intense and smothering tendencies.

A Pisces man can even burn himself out on a relationship by becoming too fixated on always being with you. He doesn’t give himself enough breathing room in the relationship. This can have disastrous consequences in the long run.

He Loves an Illusion of You

When a Pisces man has a crush, he often falls in love with who he wants you to be. He has a fantasy image in his mind of the perfect woman of his dreams. He will superimpose this image on to you. He doesn’t even know he’s doing this.

Yet reality hits him hard when you say or do something that doesn’t conform to the fantasy image of you he has created in his mind. He falls in love with the illusion of you but not with who you really are.

Sometimes, he grows to love the real you as the illusion fades and everything goes smoothly as he transitions from fantasy to reality. But many times, the reality of who you are as a person doesn’t match his illusion and he may even feel like he has been victimized when this happens.

He doesn’t like to take responsibility and admit that he was deceiving himself in the first place. By getting carried away with a fantasy image in his mind, a Pisces man sets himself up for failure in many relationships.

He Loves You Before He Admits It

The signs a Pisces man wants you back after a break up are much like the signs of his early attraction. Even long before a Pisces man admits to being in love with you, he will obsessively follow you. He may almost stalk you online.

He will find any reason possible to show up in places you hang out. He will drop by uninvited with some reason to check up on you. Often, before a Pisces man admits to being in love, he’s already fallen hard.

Pisces men fall in love instantly. Just because it may take him months to open up about his feelings verbally, doesn’t mean he isn’t already madly in love with you. Sometimes he’ll come right out and tell you.

Other times, he tries to keep it a secret. At least for long enough to discern whether or not you feel the same way he does. If he doesn’t think you’re into him, he will try to win you over.

If he doesn’t think that will work, he may just fantasize about you from a distance and never really step up to the plate. Though he may fall in love easily, Pisces men don’t like being open to rejection.

He Falls in Love Quickly

You’ll usually see signs a Pisces man is interested in you right away. If you’ve had your eye on a Pisces man for more than a few months, and he hasn’t stepped up to the plate yet, chances are he’s not going to.

Normally, a Pisces man falls in love quickly. He doesn’t try to restrain himself. He prefers to be in love. Having a romantic focus in his life, even an unrequited love, is better for him than not having anyone at all.

Even if the love affair is purely in his mind, a Pisces man prefers to feel romance and love in his life than to fully focus on his own needs. He will fall in love in an instant and may be guilty of falling in and out of love numerous times in one year.

That’s because he is often falling in and out of obsessions and passions that aren’t really grounded but more flights of fancy. He will imagine he has found the one, and he believes in this fantasy.

He Falls Deeply in Love

When you see Pisces man signs of interest, it shouldn’t be long before he’s openly expressing his love for you. He may even talk about marriage and having a family very early in the relationship.

Pisces men fall deeply in love. You may be slightly concerned about how much he lets himself dive into emotional connection. He may seem to be desperate or you may wonder about his stability because he dives in headfirst.

A Pisces man in love will go deeply into his fantasies and romantic urges. He may pull out all the stops to court you and convince you that he is the one for you. You’ll probably think he’s trying too hard. You may also wonder when the next shoe will drop.

A Pisces man tries so hard to be perfect and to get your approval that he will go out of his way to try to appease you. He will completely give up his own priorities to make you happy. This deep devotion can be flattering.

It can also be dangerous. Without intending to, he can undermine the relationship by focusing entirely on what you want and need and ignoring his own instincts and priorities. It’s best to not encourage such blind devotion.

He Falls Too Soon

Any rational person would look at a Pisces man’s falling in love style and instantly recognize that a Pisces man falls in love too soon. He’ll simply reply that you can’t control the impulses of your heart.

Pisces men are true romantics. They believe the heart knows what it wants and that timing is not a factor. He falls in love too soon, though he may never admit this. He will just go from one relationship to another without realizing the destructive pattern he is in.

He also believes that he is completely right to fall in love so quickly. He believes he is following his intuition and won’t listen to anyone who tries to explain to him that he is actually just following wishful thinking.

He Confuses Sex and Love

Many times, women assume that having great sex with lots of chemistry is a fast track to making a guy fall in love. For a Pisces man, this fine line is often blurred as well. He is one of the few signs of the zodiac who can’t easily separate sex and love.

He will assume you are in love with him if you are interested in sex. He will fall in love based on sexual chemistry. Don’t blur this line. He has a difficult enough time with this boundary as it is.