What does a Pisces Man Do When He Likes You? 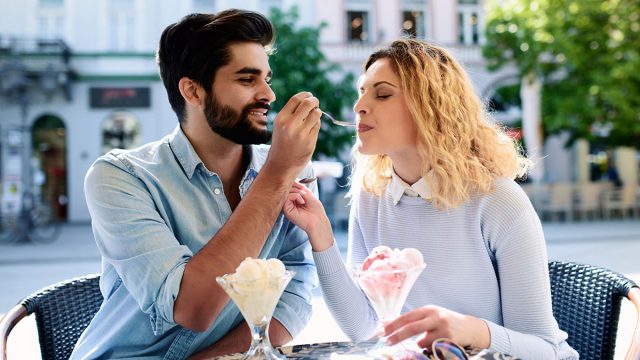 Because this zodiac sign is so mysterious and aloof, it can be difficult to tell whether or not a Pisces man likes you.

What are the clues that he is interested in you romantically?

A Pisces man tends to wear his heart on his sleeve, but he can also be quirky and shy, making his behavior hard to decipher.

So, how can you tell if he is attracted to you, or if he just wants to be friends?

When you learn more about his zodiac sign’s typical characteristics and behaviors, you will know what a Pisces man does when he likes you.

Usually, a Pisces man has no problem expressing how he feels. He is very in touch with his emotions and isn’t afraid to share them.

Unlike some other zodiac signs, a Pisces man is secure enough in his masculinity to express how he feels. He never feels the need to hide his tears or repress his emotions.

But if your Pisces guy is shy or intimidated by you, it makes it harder for him to tell you that he likes you.

If he acts nervous, stutters, or blushes when you’re around, these are all signs a Pisces man is interested in you.

It’s important to let a Pisces man chase you because he likes filling the conventional male role of the pursuer. But if your Pisces guy is too shy to make a move, you can help him out.

Put him at ease by being warm and friendly towards him. Let him get to know you and feel comfortable enough with you to tell you that he likes you.

He Tells You How He Feels

Pisces men are hopeless romantics and they fall in love easily, even though they may take their time expressing it.

Your Pisces man will tell you how he feels about you, but he might wait until he’s absolutely certain that you’re right for him and that you reciprocate his feelings.

He takes love very seriously, so he’s willing to wait as long as it takes for the right person. He will settle for nothing less than an incredible fairy tale romance.

When a Pisces man says he loves you, he means it. He’s not just trying to manipulate you or tell you what he thinks you want to hear.

You can trust a Pisces man when he tells you how he feels, so don’t be afraid to say that you love him back.

He Asks You Personal Questions

If you are wondering, “How does a Pisces man act when he likes you?” The answer is that he will ask you lots of deep, probing questions about yourself.

One of the reasons a Pisces guy moves so slowly in relationships is because he likes to take his time getting to know his romantic interest before making a move.

He’s not just making small talk, and he will remember every little detail you tell him.

If you tell him your favorite color is blue, don’t be surprised if he shows up wearing a blue shirt the next day to impress you.

When a Pisces man asks you lots of personal questions, it means he likes you and is trying to get to know you on a deeper level to see if you are compatible with each other.

He Opens Up to You

When a Pisces guy likes you, not only will he ask you lots of personal questions but he will also share his secrets with you.

He is an honest guy who doesn’t hide his feelings, but he won’t let his guard down with just anyone.

He keeps a close circle of friends and family, and these are the people he shares his innermost thoughts with.

When he feels comfortable enough to open up to you, it’s one of the signs a Pisces man is in love with you.

He Takes Care of You

Pisces men are innately nurturing and they enjoy taking care of their loved ones. Pisces men are usually surrounded by plants, pets, and children because they are natural cultivators.

When a Pisces guy likes you, he will feel the urge to take care of you. He can’t resist a damsel in distress and will rush to your side if you ever need help.

If you are sick, your Pisces guy will take the day off work to bring you homemade soup and nurse you back to health.

If you are feeling sad, he will show up with your favorite movies and snacks to help cheer you up.

Some zodiac signs are more affectionate than others, and Pisces is definitely one of the more physically demonstrative signs. A Pisces man in love can’t keep his hands to himself around his partner.

There are a few exceptions, like when he’s around his family. If he doesn’t kiss you in front of his parents, don’t take it as one of the signs a Pisces man has lost interest in you.

But if a Pisces man likes you, he will show it by making physical contact with you as much as possible.

He will hug you, take your hand, or sit so close to you on the sofa that your legs are touching.

He isn’t this affectionate with everyone and reserves his caresses for the people he loves the most.

Pay attention to how often your Pisces guy touches you because if he makes physical contact with you a lot, even when it’s unnecessary, it’s a sure sign that he likes you.

He Gives You Gifts

When a Pisces man has a crush on you, he will show it by bringing you little gifts and tokens of his affection.

If your Pisces man is a coworker, perhaps he brings you coffee every morning, but not for anyone else.

If he is your friend, he might give you presents sometimes when you see him, but he doesn’t bring gifts for your other pals.

Pisces men are extraordinarily generous with everyone, but they are particularly magnanimous with the ones they love.

Pay attention to how generous he is with you compared to how he treats everyone else. He is probably very giving to all of his friends and family but is even more so with you.

When a Pisces man likes you, he will show it by sparing no expense on you and offering you thoughtful gifts.

He Does Tasks for You

Pisces men have many love languages, and one of them is performing acts of service for the object of their affection.

If he likes you, your Pisces man will go out of his way to help you, even when you haven’t asked.

Perhaps he takes your car to fill the tank with gas and have all the fluids checked before you go on a road trip.

He might surprise you by making your favorite dinner for you when he knows you’ve had a stressful day at work.

When he likes you, your Pisces man wants to make your life easier and prove that he adds value to your life by shouldering some of your burdens.

He seeks a partner in life to do everything with, so he is trying to show you that he is there to make everything more enjoyable, even the most menial tasks.

He Is Loyal to You

Pisces men make extremely loyal and devoted partners. They are unlikely to cheat and they always have their partner’s back.

If your Pisces man likes you, he will be loyal to you, even if you aren’t dating yet. He will make it clear that he’s not seeing anyone else and that he only has eyes for you.

His loyalty runs deeper than just avoiding other women. He will also stand up for you and put you first, even before himself.

What attracts a Pisces man is a woman who is as loyal as he is, so if you want to keep his interest, show him that you’re not dating anyone else.

When your Pisces guy sticks up for you in an argument or drops hints that he’s not interested in any other women, it’s a sign that he has a crush on you.

Pisces men are naturally protective and feel a sense of duty to guard their loved ones.

Trying to shield you from emotional and physical harm is a typical Pisces man in love behavior. When he takes you under his wing, it means he has a crush on you.

If you are walking outside together and it’s cold and rainy, your Pisces guy will not only hold an umbrella over you, but he will also give you his jacket to keep you warm.

Although he is very non-confrontational, your Pisces man will stand up to anyone who is unkind to you because he can’t stand the thought of anyone hurting your feelings.

When your Pisces man becomes possessive and protective of you, it’s a clear sign that he likes you as more than just a friend.