Is The Pisces Man Jealous and Possessive When in Love? 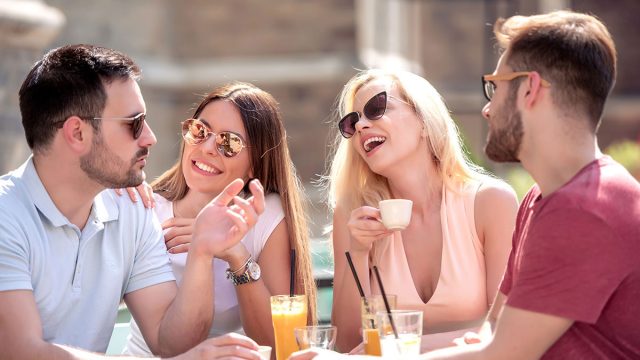 If you are dating a Pisces guy or trying to win his heart, you may wonder, “Is a Pisces man jealous and possessive in love?”

Some signs are more prone to jealousy in relationships than others, and there are different triggers for each sign’s envy.

A Pisces man usually isn’t particularly possessive, but there are a few things that spark his jealousy.

When you learn more about his zodiac sign’s typical personality traits, you will have a better understanding of what makes a Pisces man jealous in love.

He Is Unsuspicious in Love

Pisces men are generally optimistic and unsuspicious. If anything, they are too trusting of others, making them susceptible to manipulation and deception.

He might be a bit naive in love, but a Pisces man has a strong sense of intuition.

If you cheat on him, he will know in his gut that something is wrong, but he won’t be able to pinpoint what it is exactly.

If your Pisces man is acting strange, it could be that his instincts are warning him something is off in your relationship.

He won’t immediately jump to the conclusion that you’re cheating, but he will try to figure out why the alarm bells are going off in his head.

He Trusts His Partner

Pisces men are naturally trusting, which prevents them from being too jealous when it comes to romantic relationships.

When he falls in love with a woman, he trusts her completely. He needs his independence and time alone, so he is more than happy to give his partner the same.

He would never suspiciously ask you where you are going when you head out the door to meet friends, and he won’t try to control or dominate you.

If you want to know how to destroy a Pisces man, take advantage of his unsuspicious nature, and betray him.

Because he is so trusting, a Pisces man often gets taken advantage of in relationships. If his partner has an affair, he might not realize it until she confesses to him.

It hurts him deeply when his partner cheats on him because, despite his strong intuitive powers, he doesn’t see it coming.

Although it’s rare, when a Pisces man does get jealous, it’s because he is self-conscious and insecure.

Pisces men take themselves very seriously and they tend to suffer from low self-esteem.

If your Pisces man becomes possessive of you and acts jealous, it’s because deep down, he doesn’t think he is good enough for you.

He doesn’t want to give you the chance to compare him to other men in case you find him lacking.

You can help him feel more secure by boosting his confidence and reassuring him that you like him back. Let a Pisces man chase you, but also let him know that you reciprocate his feelings.

He Is Protective, Not Possessive

Pisces men tend to be introverted and they need some time alone to recharge and feel their best.

No matter how much he loves you, your Pisces guy will need alone time once in a while. He needs an independent partner who understands this about him and can be by herself sometimes.

He’s not possessive because he knows that you are your own person. He doesn’t want to own or control you.

But he will go out of his way to defend and protect you, which can sometimes come off as possessive behavior.

For example, if you are at a bar with your Pisces partner and another man approaches you, your Pisces guy may throw his arm around you and glare at the other man.

He’s not trying to be rude or act like you’re his property, but he wants to shield you from any unwanted and unwelcome advances.

When he acts possessive to defend you from other guys, it’s one of the signs a Pisces man is in love with you.

He Gets Jealous of Compliments

It takes a lot to make a Pisces man jealous, but he will become envious if you pay too much attention to another man.

When you lavish another guy with praise, your Pisces guy will wonder what you see in this other man.

If you compliment other men on traits that your Pisces man knows he lacks, it will make him jealous and insecure.

If you compliment other men on skills and qualities that your Pisces man possesses, he will wonder if the other guy is better than him or if you are attracted to him.

When a Pisces man distances himself, it could be because you made him jealous by admiring another guy. Instead of fighting for your love and attention, your Pisces man will retreat.

He Is Jealous of Quality Time

A Pisces man doesn’t get jealous often, but he will notice if you prioritize other people over him.

Ignoring a Pisces man and not spending enough quality time with him is a sure way to make him jealous.

He puts his partner before anything and anyone else, and he craves the same treatment in return.

If you are constantly leaving a Pisces man alone so you can work late or hang out with your friends, your Pisces partner will feel neglected and unloved.

He will start retreating from the relationship if you don’t make him a priority because that’s what happens when you ignore a Pisces man.

When you spend time with him, make sure you put your phone away and eliminate any other distractions so that you can put all of your focus on him.

It’s not enough to just sit on the couch next to each other while you both play on your phones and don’t talk to each other.

Quality time to a Pisces man means being focused on one another and making a genuine effort to connect.

If you are wondering how to know if a Pisces man is not interested in you, don’t think that his lack of jealousy means he doesn’t care.

When another man hits on you in front of your Pisces guy, he might not even notice. It’s likely that this dreamy sign has his head in the clouds and is oblivious to his surroundings.

If you want to know how to make a Pisces man chase you, don’t think that intentionally trying to spark his jealousy will work.

He’s so trusting and absent-minded that he probably won’t even notice, and if he does, he will only get annoyed that you’re trying to play mind games with him.

He Is Jealous of Emotional Connections

Pisces men are devoted and loyal partners, but if they feel neglected and unappreciated in their relationship, they will be unfaithful.

A Pisces man is more likely to be unfaithful emotionally than physically. He will run to another woman to share his feelings faster than he will jump into bed with her.

Because he is so sensitive and emotional, your Pisces man gets jealous when you have a strong emotional connection with another man.

If you have an ex, a male friend, or a coworker that you go to when you’re upset instead of your Pisces guy, it will make him extremely jealous.

You can prevent this type of jealousy by reassuring your Pisces man that you have the strongest bond with him and that he is always your priority.

His Jealousy Is Sad, Not Angry

By understanding what his zodiac sign’s jealousy looks like, you will know what signs to look for to determine whether or not he’s jealous.

Some signs get worked up and hot-headed when they are jealous, but a Pisces man’s jealousy presents as sadness rather than anger.

If another man flirts with you and your Pisces man doesn’t put up a fight, don’t take it as a sign that he doesn’t care about you.

Instead of getting outraged and aggressive, he will sulk and pout by himself when he’s jealous and hurt.

He Is Forgiving of Disloyalty

Pisces men are very forgiving and it’s not in their nature to hold a grudge for a long time.

If you betray a Pisces man, he takes it seriously and it hurts him deeply, but it doesn’t automatically mean your relationship is over.

He is especially forgiving of the woman he loves, so even though it will take a lot of work to regain his trust, your Pisces man will probably forgive you and take you back if you make a mistake.

Be warned, though, that he will have his guard up and will be much more prone to jealousy and possessiveness if you have betrayed him. He will forgive, but he won’t forget.