How Do You Win a Pisces Man’s Heart? 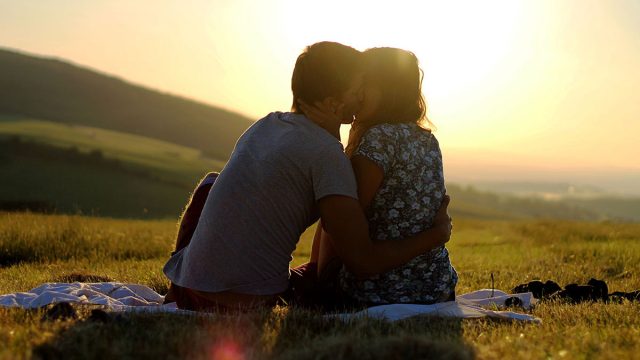 A Pisces man’s heart is easy to win over. All it takes is some patience, compassion and a lot of sensitivity.

You’ll have to ride out the tidal waves of up and down emotion. It may take time, but it’s worth it.

When a Pisces man has a crush, he can act like a shy child. He may be bashful and even seem naïve. But you can draw on his optimism.

Encourage him to open his heart to you by building up his ego and showing him you believe in his dreams. You’ll have his heart if you show him support and admiration.

What does a Pisces man find attractive? He’s more concerned with your heart and spiritual side than he is with your outward physical appearance.

You truly need to be patient with a Pisces man. He wants nothing more than to open his heart and dive into a relationship when he’s attracted to you. But he won’t let himself let go at first. He will vacillate back and forth at first.

A Pisces man needs to see that you are serious before he will really open up his heart to you. He’s used to getting carried away with his own emotions and knows it usually doesn’t end well.

But a Pisces man will have difficulty trusting his own instincts. He may swing back and forth between acting like he’s completely devoted to you and acting like he’s mildly attracted to you. You’ll have to be patient as you look for signs he is really falling in love.

You’ll know you have his heart when he continually comes back for more. When he’s not interested, he’ll simply move on. But when he is opening his heart, he will always return and will want more intimacy and connection each time.

Signs a Pisces man is in love with you may make you feel like you’ve got his heart and your connection is solid. This is still just the first stage, though. A Pisces man becomes infatuated easily. But he needs to be encouraged to continue to commit.

Be loyal to your Pisces man if you’re serious about winning his heart. He is hypersensitive. He will need to continually see that you are consistent, faithful and devoted, or else he may doubt the relationship.

Pisces men can overthink things. He may continually question where he stands in the relationship. When you show him that you are loyal, he will come to open up to you more over time.

If you know how to make a Pisces man miss you, don’t forget to also reassure him that you care. Don’t give him any room to doubt your loyalty and sincerity to him. He’ll give you his heart when he sees he doesn’t have to worry about you.

Show Your Empathic Side

If you want him to give you his heart, you’ve got to keep a Pisces man wanting you. He’ll become enamored with you early on. But you then need to keep his attention and affection. This can be exhausting.

Just when you think you’ve made it as clear as possible that you care about and are faithful to him, he’ll come up with some insecurity that will make him question your loyalty. You may feel like you’re constantly repeating yourself because he can be so insecure.

When you show empathy, a Pisces man will put his guard down. He will also become more open to trusting you and won’t second guess the relationship as much. Being an empath is an important part of his identity.

When he sees that you are also an empath, he’ll feel more likely to open his heart to you. He’ll know you understand him on a level that not many other people can relate to. You can use your talent for empathy to show him that you relate to his feelings.

If you’re wondering how to get a Pisces man to chase you, it should go without saying that being a loving person is key. Of course, you love him and will try to show him in your own way. But will this be enough?

A Pisces man has a very emotional, romantic and traditional way of expressing love. He will expect to receive romantic and loving cues in much the same way. If you show love by being practical and doing things for him, that won’t get the point across.

Yes, he’ll appreciate it. But he’s looking for a deep and soul level intimate connection. You’ve got to speak his own love language in order to get him to open up his heart to you.

A Pisces man will respond better if he sees that you are gentle, romantic, loving and compassionate in many ways on a daily basis. Not just toward him, but to people, animals and even strangers.

The more you can be kind and loving in general as a person, the more a Pisces man will be comfortable opening up his heart and becoming closer to you. Make every decision an act of love.

How does a Pisces man test you? He will observe patiently as you get to know each other. He’s looking for signs that you are sensitive, compassionate and creative. When he sees your artistic side, he’ll fall in love.

Use clever, creative and unusual ways to express your love. Make sure your efforts are also emotional and not just intellectual. Show him you appreciate art, music and culture as well.

If you’re wondering how to know if a Pisces man is interested, notice how he responds when you share your art or music with him. Read him something you’ve written. Show your creative side.

This can help him open up to you and you can easily win his heart over by showing him that you can match his artistic nature. Pisces men love women who are creative and a bit quirky.

Show Your Romantic Side

When you see signs a Pisces man is falling in love with you, play up your own romantic nature. This will help him fall in love with you. He needs to feel like he is in a compassionate, deeply emotionally connected, intimate relationship.

He’s a natural romantic. The more you can make your relationship feel like a love story, the better. A Pisces man will want to feel like he’s the star of a romantic movie. Play up your sentimental nature.

A Pisces man will give you his heart when he sees that you can keep the romance going long after the honeymoon is over. This is an important component in a relationship with a Pisces man, he’ll lose interest unless he is constantly romantically enticed.

Be Kind to His Friends

A Pisces man will fall even more deeply in love with you when he sees how kind and generous you are to his friends. What Pisces men notice is how you act toward people who have nothing directly to offer you.

He knows you’ll be good to him because you care about him. But when you are also kind to his friends and family, coworkers, and even random strangers, it tells him something about your character. At the very least, make peace with his friends and maintain a positive attitude.

Even if you don’t absolutely love all of them. At least show that you can look past your differences and find something positive to connect to when it comes to the people he cares about most. This will help him fall in love with you.

When a Pisces man is done with you, it usually means he has worked hard to try to foster a connection but feels like he’s losing ground. He may feel insecure because of his own issues, not the relationship.

At the same time, a Pisces man may be on the lookout for signs that you are a thoughtful person. If you are not openly compassionate, kind and thoughtful, he will notice it. He will try to get you to become more sensitive to his feelings.

The more conscientious you are, the better a Pisces man will feel about opening his heart to you. Show him that you are thoughtful, caring and compassionate.

If it seems like you only think of your own needs or you don’t notice how your words or actions impact him, he will start to lose hope in the relationship. He’ll start to back away and you may lose him.

It’s best to get him to open his heart to you by showing him that you take the time to consider his feelings. He is sensitive and intuitive and can often feel things deeply which don’t make sense to him.

When you show a Pisces man that you have an intuitive side and psychic tendencies, he will open his heart to you. He’ll fall in love because he knows you won’t judge him. He needs to feel like you are going to respect his intuition.

A Pisces man is used to being dismissed and judged by people who don’t appreciate the accuracy of his intuition. He needs to feel like he is in good company with a woman who shares his intuitive leanings.

A Pisces man will find it easier to trust you and open his heart to you when he sees that you are a woman who cares about spirituality and compassion, and that you follow your intuition. Even when it doesn’t seem to make sense. He will feel secure with you because you appreciate him.