Pisces Man Compatibility with All 12 Signs 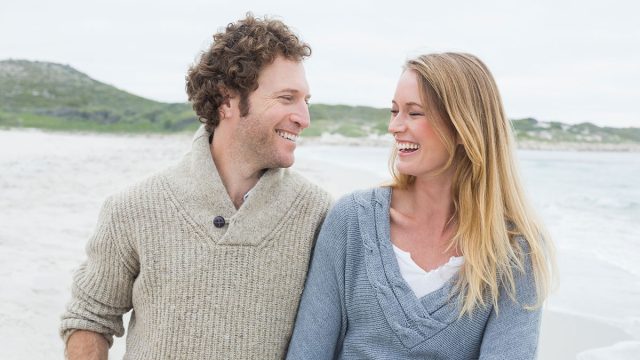 If you want to find a partner for a Pisces guy, then you need to know the typical Pisces man’s compatibility with each zodiac sign.

Which sign is the ideal match for a sweet, sensitive Pisces?

Every zodiac sign looks for different qualities in a lover. Some men want a romantic, dreamy woman while others prefer someone practical and independent.

So, how can you tell what type of person a Pisces man is attracted to, and who makes the best match for him?

By comparing his zodiac sign’s quintessential traits with the characteristics of the other signs, you will be able to determine a Pisces man’s compatibility with all 12 signs.

A Scorpio woman makes the best match for a Pisces man because she is similar and dissimilar to him in all the right ways.

Every zodiac sign belongs to one of four natural elements: fair, air, earth, or water. A sign’s element reveals the disposition and strengths of that sign.

Pisces and Scorpio are both water signs, and water signs are known for being emotional, sensitive, and intuitive.

No one understands the sensitivity and creativity of a vulnerable Pisces man like a Scorpio woman.

Just as every sign has a natural element, each sign is also guided by a particular heavenly body that tells us something about that sign’s personality.

Scorpio is guided by Mars, the planet of war and aggression, telling us that, unlike the other water signs, Scorpio is combative and tough.

Thanks to Mars’ influence, a Scorpio woman can fulfill a Pisces man emotionally and be sensitive to his feelings while still motivating and energizing him to be his very best.

A woman born under the Cancer zodiac sign is one of the best possible matches for a Pisces man because she, like a Scorpio woman, is a fellow water sign.

A Cancer woman is as sensitive and emotional as a Pisces guy, so they understand each other’s temperaments and needs.

Every zodiac sign has a spiritual “age” determined by the order in which that sign appears in the zodiac.

Pisces is the very last sign of the zodiac, making it the “oldest” or more spiritually mature of all the signs. This is why a Pisces man is often referred to as an old soul.

Cancer is one of the youngest zodiac signs, giving a Cancer woman a childlike sense of wonder and excitement.

A Pisces man delights in the fresh, playful attitude of a Cancer woman, and she enjoys being cared for by a Pisces man.

It’s easy to assume that two people born under the same sign should be a perfect match because they have so much in common, but that isn’t necessarily always the case.

Some signs are more compatible with a different sign because they need to be balanced out.

But a Pisces man and woman work well together because they can fulfill one another’s spiritual and emotional needs.

When it comes to the typical Pisces traits, a male born under this sign is usually more passive and submissive than men born under other signs.

The Pisces woman will appreciate that a Pisces man isn’t rough or aggressive, giving her space to open up to him physically and emotionally.

There may be a lack of balance in this relationship because they can both be moody, dreamy, and indecisive. If they can find a grounding force, be realistic, and help each other make decisions, this couple can thrive.

A Pisces horoscope sign man with a Leo woman is a match that proves opposites can attract.

Leo is a fire sign, and fire signs are known for being energetic, enthusiastic, and vibrant. You might think that water and fire signs don’t mix, but they can actually complement each other well.

A Leo woman loves nothing more than getting lots of attention, especially from her lover, and a romantic Pisces guy is happy to fulfill her needs.

In exchange, he gets a feisty, fun lover who motivates him and keeps him on his toes. Their relationship will never be boring, and they can learn a lot from one another.

One of the typical Taurus traits is sensuality. Taurus is perhaps the most affectionate and touchy-feely sign of the entire zodiac.

A Pisces man is naturally passionate and yearns for love. He needs physical displays of affection to feel secure and cherished.

A sensual Taurus lady provides all the affection and adoration a Pisces man could ever want. After all, her zodiac sign is guided by Venus, the planet of love and beauty.

In exchange, the Pisces man sparks a Taurus woman’s creativity and encourages her to dream big. Together, these two signs make a formidable power couple.

Aries is the youngest of all the zodiac signs, meaning that an Aries woman has a childlike soul. She is trusting, naive, and curious.

Pairing the oldest and youngest astrological signs together creates a unique dynamic. A Pisces man loves an Aries woman’s childlike fascination with the world around her, while the Aries lady enjoys all the lessons a Pisces guy can teach her.

A Pisces man is endlessly patient, which a mercurial Aries woman needs in a partner. He can tolerate her temper tantrums and impulsivity better than many other zodiac signs.

She adores his idealistic, passive nature and the way he lets her take the lead, while still managing to take care of her and make her feel safe.

These two signs, although very different, balance each other and work surprisingly well together in a romantic relationship.

This zodiac sign’s personality is grounded and stable, providing the perfect balance for a dreamy, flaky Pisces guy.

But a Capricorn woman can be cold and aloof, and she has a hard time being vulnerable and opening up to others.

She also needs a reliable partner to make her feel secure, and a fickle Pisces man can’t give her that.

The Pisces man will grow tired of having to squeeze every emotion out of a Capricorn woman, and he may get bored of her routines and realism.

These two signs may be attracted to one another at first, but they usually don’t make sense as long-term partners.

A Sagittarius woman is cheerful and enthusiastic. She enjoys her independence and hates being tied down.

A Pisces guy needs a committed lover who he doesn’t have to worry about leaving him behind or flirting with anyone else, and a Sagittarius woman does not fit that description.

Pisces men are prone to depression and they can be quite negative, despite their idealist nature. A Sagittarius woman will get tired of always having to cheer up a morose Pisces partner.

These two signs don’t share any values or personality traits, and they don’t balance one another well.

One of the most notable Pisces traits is sensitivity, and a delicate Pisces man doesn’t pair well with a brutally honest Virgo woman.

Virgos are perfectionists, and they are always looking for flaws to fix in people and situations. They are also highly critical and extremely honest.

A Virgo woman may not know how to veil her critiques with language gentle enough for her Pisces man to understand.

To him, she comes off as harsh and cruel, when all she’s trying to do is help him. The Virgo woman won’t be able to understand why a Pisces guy gets his feelings hurt so easily.

These two signs have very different expectations for a relationship and are better off as coworkers or friends rather than lovers.

When a Pisces dates a Libra, he will be captivated by her beauty and charm. But once they get to know each other, these two signs will see how very little they have in common.

A Libra zodiac sign woman is flirtatious and outgoing, so she won’t be afraid to approach a shy Pisces guy.

But when he sees what a social butterfly she is and that she talks to every man the way she talks to him, he will be turned off.

The Libra woman won’t understand why a Pisces guy can’t just be practical and compartmentalize his feelings the way she does.

This pair has little in common and is unlikely to have a successful long-term relationship.

The Aquarius zodiac sign’s compatibility with Pisces is weak because an Aquarius woman desires independence and freedom more than anything else.

A Pisces guy wants a woman who loves to stay home with him and do everything together, which makes an Aquarius lady feel suffocated and unfulfilled.

She also struggles to share her feelings, while a Pisces guy loves to discuss and analyze every emotion.

These two have nothing in common and don’t make any sense as a romantic couple, but they can get along and learn a lot from each other as friends.

A Pisces and Gemini relationship will never last because trust is a huge barrier for this couple.

Both signs are flaky and unreliable, so neither partner will ever be able to depend on or trust the other fully.

Gemini women are gregarious and outgoing, while Pisces men are introverted and private. They have few common interests since they don’t like the same people or activities.

A Pisces man will only end up with a broken heart if he commits to a relationship with a Gemini woman, so it’s best for these two zodiac signs to avoid each other.

What is The Pisces Man’s Spirit Animal?
Hello, I'm Liz