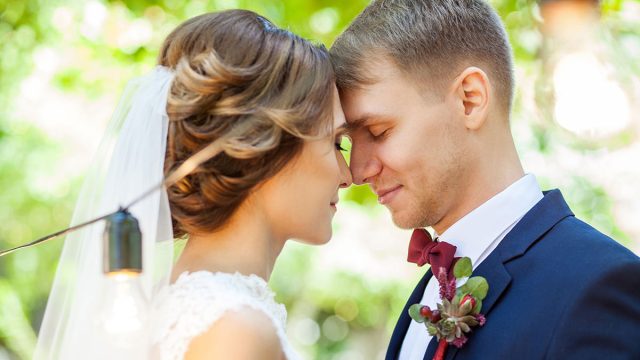 A Pisces man easily gets carried away in love. He may become infatuated and then easily commit.

How does a Pisces man test you? He will watch carefully to make sure you fit the image of his ideal partner. It doesn’t take long if you show certain traits.

While you should let a Pisces man chase you, sometimes he needs encouragement. He will hold back if he is not secure. A Pisces man needs to see that you are devoted first.

If you’re wondering how to keep a Pisces man wanting you, you’ve got to appeal to his sensitive, emotional nature. What attracts a Pisces man are traits like compassion and kindness.

What happens when you ignore a Pisces man? This strategy won’t encourage him to come forward. Quite the opposite, if you back down and only warm up when he does, it confuses him. A Pisces man needs you to be consistent, even when he isn’t.

When you are reliable and show a firm and steady commitment to him, even when his own attention wavers, it will reassure him. A Pisces man will eventually come around and commit to the relationship.

You’ve passed his test when you remain consistent and steady in your efforts to court a Pisces man. Don’t chase him heavily, but do make it clear you are still attracted to him even when he is erratic.

If you want to know how to get a Pisces man to marry you, you’ve got to be patient. Show him through steady, reliable effort, that you haven’t had a change of heart. It takes some patience but it will be worthwhile.

A Pisces man, not interested in a serious relationship, will dodge your efforts to connect with him. As soon as he realizes you care, he’ll back away and won’t want to mislead you or give you false hope.

But if maintains a connection to you, you can encourage him to commit by appealing to his emotional nature. Pisces men are empaths by nature. The more empathetic you are, the more he will feel comfortable with you.

He will be more likely to open up and make a more solid commitment when he sees evidence that you share his empathetic traits. Your ability to feel what he is feeling and to help reflect his emotions back to him will be calming and nurturing to him.

He loves to feel like you are emotionally connected with him and can understand his feelings. This will help him make the decision to commit to you. Notice his subtle emotional signals and you can reassure him of your empathetic nature.

Sleeping with a Pisces man too soon may not be the problem you imagine it to be. He may be quick to pursue intimacy, but this alone won’t discourage him from committing to you. Avoid making the relationship only about sex.

Make sure you show him that you are sensitive to his feelings and dreams. If a Pisces man thinks you’re only interested in sex or in a casual flirtation, he’ll procrastinate. He won’t commit first because he doesn’t want to be vulnerable.

A Pisces man will feel more comfortable committing to you when he sees that you match his sensitivity. Notice when his body language changes. Cry during sad movies. Tear up when romantic songs play on the radio.

Show him that you have a strong emotional and intuitive radar. A Pisces man can become smitten with you when he sees that you match his level of sensitivity and compassion. He’s often accused of being oversensitive so your sensitivity will help him feel validated.

When a Pisces man is done with you, he’ll make it clear. He won’t respond no matter how positive you try to be. One way to encourage him to open up and make a commitment is to show appreciation for his talent.

Admire his art. Pisces men strongly identify with their artistic nature. He devotes himself to his creative talents and may take pride in his talent even if he is insecure in many other ways. Show appreciation and admiration for his talents.

A Pisces man will want to stay with you forever if you encourage his art or music career as well. When you believe in his abilities and talents, he will feel like you are his ideal partner. He’s used to people being dismissive or not taking his art seriously.

Stand out from the crowd by showing him that you recognize his talents and creative abilities. A Pisces man needs to feel like you respect his art work and the importance creativity plays in his life.

If you’re wondering what to do when a Pisces man backs off, one way to help him stay connected and committed is to encourage his ideal nature. A Pisces man is a perfectionist. Show him you respect his vision.

Encourage him to pursue his ideals. Don’t try to convince him to get a “real” job or to be more reasonable. Pisces men aim big and reach for the stars. Don’t diminish his dreams, encourage them.

When you show a Pisces man that you admire his idealism and support his goals, no matter how unrealistic they seem, you’ll make him feel more comfortable committing to you when you show respect and admiration for his ideals.

6. Show You are Romantic

When a Pisces man contemplates commitment, one of the biggest questions he asks himself is whether or not a commitment will dim the flames of romance and passion. Show him this is not the case.

If you can maintain a romantic nature no matter how much time passes, you can show your Pisces man that you are his ideal woman. This will help him make a stronger commitment to you.

Don’t let the romance fade in the relationship. A Pisces man secretly fears that romance and sensuality will be used as a means to entice him into committing to a relationship that ends up being empty and shallow. You have to prove his fear is unfounded.

He’s got a keen sense of intuition and will know when you’re playing mind games with him. It’s far better to always tell him the truth. Keep in mind, Pisces men can be easily hurt so you may have to choose your words carefully.

But whatever you do, never lie to a Pisces man. Don’t try to deceive or manipulate him, even if you think doing so will make him commit to you quicker. This will only backfire. It’s better to take your chances with the truth than risk getting away with lying to him.

8. Show You Are Caring

If you’ve made it clear to your Pisces man that you are compassionate and caring, but he is still tentative about committing, consider how you’re treating other people. If he sees you being unkind to others, he won’t commit.

A Pisces man needs to see that you are as caring and compassionate toward complete strangers as you are toward him. If you reserve all your empathy and gentleness just for him but are judgmental and critical of everyone else, he will be cautious around you.

He won’t fully trust you. He’ll feel he needs to be on his guard so that he doesn’t end up being the target of your temper. If you truly want a Pisces man to commit, extend your kindness to everyone you meet.

Pisces men can be sensual and need to feel comfortable. When you want a Pisces man to commit to you, go out of your way to make him feel secure, both emotionally and physically. He needs to feel like you care about his comfort.

When you make a Pisces man feel comfortable, he will be more inclined to make a commitment to you. He will want to make the relationship official because he’ll see that you are attentive to his needs. He loves being nurtured.

When a Pisces man feels like you are committed to ensuring he is comfortable in the relationship, he will make the relationship official and solidify his own commitment to you. Pay attention to his physical and sensual needs.

When you open your heart and share your desires with a Pisces man, he will become more comfortable with you. He loves intimacy and romance. This will make him more likely to commit to you.

Pisces men need to feel like their partner trusts them enough to share their deeper feelings, fears and desires. Even if he doesn’t show vulnerability at first, when you step up to the plate you can beat him to it. When you lay the groundwork, he will make a commitment.

A Pisces man will work harder to show his devotion to you when he sees evidence that you trust him and are willing to be more vulnerable. Sharing your desires also empowers a Pisces man to step up to the plate in an attempt to help you reach your dreams.

10 Signs Your Pisces Man is About to Break Up with YouHow do Pisces Men Show their Love and Affection
Hello, I'm Liz