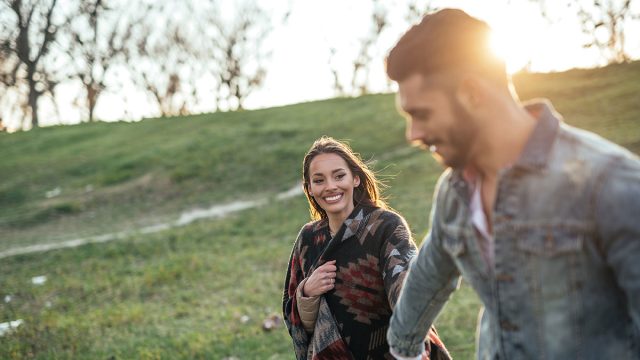 What sign is October 6? Those with this birthday are Libras! They are born in the second decan of Libra.

These Libras can become creative visionaries. They also tend to feel a deep connection with the earth and want to care for it.

Venus rules Libra, and second decan Libras also have Uranus as a subruler. These Libras tend to be highly inventive and focused on innovation. They are also incredibly focused on justice.

October 6 Libras want it all. They want romance and deep connections with others, and they want a career where they can make the world a better place. They often work in a wide variety of career fields.

Libras born on this day want to express themselves. They want their voices to be heard. They will become restless and angry if people do not listen to them.

The October 6 horoscope can be a stressful one because of everything that is going on. These Libras will be able to find balance and peace, though, and can face any challenge they come across.

These Libras care about the world. They value their connections with other people and with their community as a whole. They genuinely want to make things better for everyone around them.

They have the power to do that, too! These Libras care about justice and are talented enough to fix the injustices they come across.

It’s common for these Libras to be focused on romance, in addition to their humanitarian efforts. They will usually be happiest if they can find a partner who will help them in their fight for justice.

These Libras must be careful not to pull themselves in too many directions. If that happens, the stress can get the best of them.

The life purpose of an October 6 Libra is to listen to the influence of Uranus. These Libras can bring about justice and liberation when they do.

Humanitarian work can sometimes be stressful, but these Libras are up to the task. If they see an injustice in the world, they should use their talents to overcome it.

These Libras might do well as lawyers, advocates, aid coordinators, or other humanitarian jobs, but they can honestly bring about change in any career field.

Libras born on this day can be artists, scientists, academics, or anything else they want to. They will be able to bring about change in any sector they end up in, and can also volunteer on the side to increase the effect they have on the world.

The October 6 personality is creative and compassionate. These Libras genuinely care about the world and other people.

The positive Libra traits these Libras tend to display are being friendly, positive, and charming. These Libras love being around other people and can use their connections to their advantage.

These Libras have big dreams and a lot of ideas for how they can make the world a better place. They will be able to accomplish more when they have people in their life who can help them.

Libras born on this day often have positive attitudes. They are easy to be around because they can quickly lift your spirit by talking to you.

The negative Libra traits these Libras express will show up whenever their lives are out of balance. These Libras must work hard to maintain balance in their lives and keep from overdoing things.

Relationships are important to Libras, but these Libras can become overly dependent on others if they aren’t careful. They must remember to stand on their own and rely on themselves sometimes.

The best match for Libras born on this day is Aries. Aries is fiery, independent, and action-oriented. They will be able to help kick things into gear and keep Libra focused on the task at hand!

Libra is also highly compatible with the other fire signs, Sagittarius and Leo.

The worldly, intellectual nature of Sagittarius will quickly attract Libra. The creative, passionate nature of Leo is also something Libra finds attractive.

The worst match for Libra is the earth signs. Libra will have a tough time connecting with Capricorn. Capricorn often finds Libra unreliable and too unpredictable.

Taurus and Virgo crave stability, and Libra often can’t provide that. Libras born on this day want to shake things up! Stability is not something that comes easily to them.

Libra’s communication style is charming, friendly, and polite. These Libras are incredibly compassionate and never want to offend someone with what they say.

Libras born on this day have a strong desire to be heard. They can be a little more outspoken than other Libras. If they are passionate about something, they might even turn their filter off and say what they genuinely think.

Libras are deliberate about what they say, especially around people they aren’t close to. Their friends might accept their actual thoughts and opinions, but they don’t know if strangers will.

Libras are often focused on beauty and can get a reputation for being shallow. Looks aren’t the only thing that is important to them, though!

These Libras might be attracted to someone who is well-dressed and cares about their appearance. They need more than that for the attraction to stick.

Libras see people they find beautiful all the time. These Libras are often attracted to intelligent and charismatic people as well. They also love drive and passion, which is one reason they can be attracted to Aries!

Libras are incredibly romantic. They love going on dates and will often take the time to plan something extravagant if they are the ones planning the date.

Libras enjoy going wine tasting or having dinner at fancy restaurants. If you’re planning the date, try to treat your Libra! Take them somewhere nice and pull out all the stops.

Libras born on this day may also enjoy dates that stimulate their minds. Try taking them to a museum before or after dinner. They may also enjoy just going back to your place and chatting!

Libra’s love language is usually words of affirmation. Libras born on this day may also show love with acts of service. They will show how much they care with their words and actions.

Libra is well-spoken, and they seem to always know the right thing to say. They will shower their loved ones with compliments and will not hold back their feelings. Libra will say that they love you often.

These Libras will also do helpful things to show that they care. They will help with chores, pick out an outfit for you before you go somewhere, or run errands. If you’re sick, they will take care of you so that you can relax.

Relationships are essential to Libras. Libras born on this day have to be careful not to become too dependent in a relationship.

These Libras love being around their loved ones. They have a strong desire to take care of them and make sure they are happy. If they aren’t careful, they can start to sacrifice their happiness for the sake of their partner.

Libras need a partner who will support them and take care of them but who will also let Libra be their own person.

These Libras need to learn how to be independent within a relationship. They can love their partner and spend quality time with them, but they shouldn’t do everything for them or expect their partner to be around constantly.

Marriage is important to Libras. Many of them want to eventually get married because they are relationship-focused.

Libras born on this day will feel stressed out if they have issues with their spouse. They will feel like they failed if their marriage isn’t going well, so they will do their best to ensure things go smoothly.

These Libras just have to be careful not to sacrifice their own needs in a marriage. They will eventually become unhappy if they do that. They will likely lash out as well, so they might as well make sure their voice is heard the whole time!

They can be loving, affectionate partners. They want what is best for their spouse. These Libras should marry someone who also wants the best for them.

Libras tend to be excellent lovers. They are focused on pleasing their partners in the bedroom and will not quit until their partner is happy.

Libras can be adventurous in the bedroom, especially if they have a partner who is. They are open to a lot of things. They are often happy to let their partner take the lead too.

These Libras will be mainly focused on their partners in the bedroom. Taking care of someone during sex is one way they show they care. They will gladly do exactly what their partner wants them to most of the time.