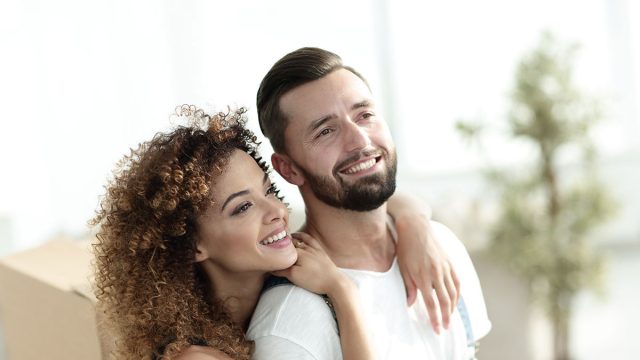 What sign is October 15? People born on this day are Libras. They are born in the third decan of Libra.

These Libras tend to be great communicators. They are also great at gathering and relaying information and tend to be highly intelligent.

Venus rules the October 15 zodiac sign of Libra, and third decan Libras have Mercury as their subruler. The influence of Mercury means that these Libras are often well-spoken and eloquent.

Libras born on this day are great at understanding others. They know how to relate to the people around them and can also help connect people to one another.

These Libras can sometimes play the field, though, and often don’t reveal their true thoughts about important topics. They do this to better relate to more people, even if that means being dishonest sometimes.

The October 15 horoscope is all about connections. Libra is a social sign in general, and Libras born on this day are especially concerned with making friends and forming relationships.

These Libras sometimes need to learn that the quality of their relationships is more important than quantity. In their quest to connect to as many people as possible, they don’t always show their genuine selves to everyone.

They will typically discover that they can connect better with the right people when they open up more. These Libras have good intentions and good hearts. They just need to show people that!

These Libras will be happier when they can genuinely express themselves. They have a lot of difficulty with that, but it will be worth it if they make an effort to be more sincere with people.

Expressing themselves openly and freely is vital for these Libras if they want to fulfill their dreams and be successful in life.

These Libras need to discover what they honestly think and feel. They need to learn how to form their own opinions and then express those opinions instead of hiding them or outright lying so they can save face in front of others.

It might seem challenging to be sincere and open at first. Libras who can do that will find that their relationships are more genuine. They will be able to find a close social circle and build quality relationships.

Being witty and charming are some positive Libra traits these Libras possess. They are good at connecting with others because they are friendly, social, and excellent at making others feel comfortable around them.

These Libras tend to be witty as well. They are intelligent and well-spoken and often have a great sense of humor. They can always make someone laugh, even when they are feeling down.

Connecting other people is another thing these Libras are good at. They don’t just form connections between themselves and others. They are great at matchmaking and introducing people who might become good friends.

Being emotionally detached is one negative Libra trait that these Libras have. They are capable of true emotional expression, but they often hide how they really feel.

These Libras can become dishonest and untrustworthy if they aren’t careful. They aren’t always open about their true beliefs because they want to be able to connect to as many people as possible.

It’s common for these Libras to say they believe one thing, then tell another person they think the opposite. This can cause issues if they are ever caught in their lies, and their actual values will be questioned.

Learning how to open up and accept that not everyone will like them can help these Libras to be more honest.

The best match for Libras born on this day is Aries. Aries is extremely honest (sometimes too honest), and they can help Libra to open up more and be sincere.

Aries is a passionate, fiery sign, and Libra appreciates that about them. Libra likes knowing where they stand with Aries, and they will always be able to trust what Aries tells them.

Sagittarius and Leo are also excellent matches for Libra. These signs are also known for being straightforward and honest. Having a partner who will always stand up for their genuine values can benefit these Libras.

The worst match for Libra is Capricorn, Virgo, or Taurus. Earth signs tend to think Libra is too fickle. This will bother Virgo in particular, and they will have a lot of difficulty getting along, let alone being romantically involved.

Libra’s communication style tends to be charming and fair. Libras always try to listen to others and allow them to express their views.

Libras born on this day can be incredibly talkative. The influence of Mercury means they are even better at communicating than other Libras are.

These Libras sometimes have a hard time balancing how often they talk. They might dominate conversations sometimes, then barely speak in other discussions.

The way these Libras speak tends to be eloquent and witty. They like to joke around and may do this to try and help others lighten up and become comfortable with them.

Libra cares about beauty, so they tend to be attracted to people who are aesthetically pleasing in some way. You can get Libra’s attention by having good fashion sense or wearing flashy makeup.

Libras are also attracted to confidence. These Libras tend to be attracted to honesty as well. They like being around people with the traits they lack, so more expressive people will also catch their eye.

It can be challenging to tell if Libra is genuinely attracted to you. They tend to flirt for fun, and their charming nature can make it seem like they are flirting even when they aren’t.

Dating can sometimes be difficult for these Libras because they don’t always know what they want. They will face extra challenges if they can’t open up and be themselves.

Libras love dating around, though. It enables them to experience new things and meet new people.

They can go on dates without having any desire for a serious relationship, so it’s always good to make sure you are on the same page with the Libra you’re dating.

These Libras enjoy going to nice restaurants or other luxurious dates, as other Libras do. They will also enjoy just relaxing and having a pleasant conversation over coffee or a glass of wine.

One of Libra’s love languages is words of affirmation. This is especially true for Libras born on this day!

These Libras are excellent communications. When they can learn how to be more open and expressive, they will be even better at using their words to convey how they feel.

Libras will compliment their loved ones, tell jokes, and say anything they think will cheer them up when they are down.

When Libra cares about someone, they will be more honest with them. They will become more comfortable expressing themselves, and they will start to open up and be more vulnerable to show love.

Libra is a romantic sign that values relationships. They want to find genuine companionship in their lives, but that can sometimes be difficult for these Libras.

These Libras will be unable to find the right person unless they are willing to be more honest. They can attract the wrong people and may end up in relationships that don’t leave them satisfied.

When these Libras have a healthy relationship, they will be truly content. When they find the right person, they can express themselves fully. Even if they might be wary of opening up to others, they will be able to open up to their partner.

Marriage is important to Libras. Many Libras dream of having the perfect wedding and want a strong, loving marriage.

These Libras shouldn’t jump into marriage too quickly, though. They must ensure their partner has gotten to know the real them first!

Waiting until marriage to open up and be genuine with their spouse might lead to disaster. If their spouse doesn’t like who they truly are, the marriage won’t last.

A healthy marriage is possible for these Libras, but only if they can be more sincere and open up to their spouse.

Libra is a sign that loves sex. Even if Libra sometimes has difficulty expressing their emotions and genuine opinions, they will not have any problem expressing themselves physically!

Libras are highly sensual. Sex is just another way they can show their creativity, form connections with other people, and add more fun to their lives.

These Libras don’t take sex too seriously. They can be very lively and talkative in the bedroom. They enjoy trying new things, and they can enjoy themselves whether they are having wild sex or just relaxing and having lazy, gentle sex.

Sex is one area where Libras can develop misunderstandings with their partners. They don’t need to be in love to have sex, so it’s essential to be on the same page with them about what a sexual relationship means.