10 Ways to Make a Virgo Man Want You 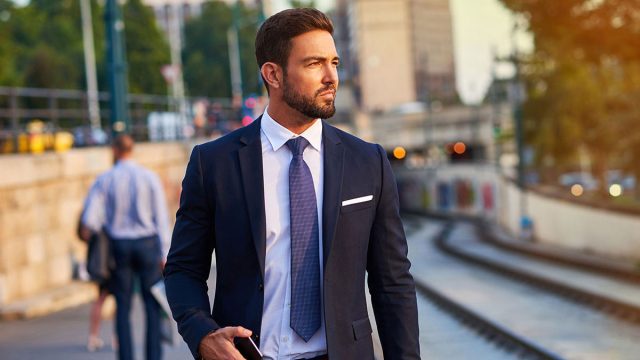 The best way to make a Virgo man want you is to be yourself. He dislikes artifice.

Yet if you really want to stand out from the crowd and make a strong impression, there are some things you should know about his attraction style.

You may have seen obvious signs that a Virgo man likes you, but how can you be sure he really wants to be more than friends? You have to understand his signals.

He’s a lot less transparent about his passions than other men. Yet he has an honest, intellectual nature that can be easy to appeal to. You just have to use your leverage carefully.

If you show him neutral interest and then focus your energy on being the best version of yourself, he’ll find you irresistible. Show him that you’re his perfect match.

1. Act Nonchalant Even if You Love Him

If you want to know how to make a Virgo man chase you, try thinking of his nature like that of a cat. If you show too much interest, a cat becomes bored with you. He’ll turn away in search of someone else.

Even going so far as to seek out the person who seems least interested. A Virgo man’s response is similar. The more you act neutral around him, the more he will want to win you over. Even when you flirt or act friendly, keep it minimal.

The biggest secret to knowing how to make a Virgo man happy is to notice what makes him light up. Intelligent conversations, work, gardening, cooking, building things.

Act more like a romantically interested friend than a love struck woman and show interest in his talents and hobbies. When you do, you will trigger all his instincts to pursue you. He’ll want to be yours and he’ll be relieved that you aren’t too intense.

2. Show Him Your Innocent Side

Will a Virgo man test you? Not directly. His style is straight forward and he doesn’t like mind games. He will see any attempt to make him commit as a manipulation.

Virgo men are quite astute. They know that you like them, even if you keep your signals subtle. He doesn’t want to be overwhelmed with passion. Instead, he likes it much better if you act innocent.

In addition to acting slightly less interested than you are, you can also make a Virgo man want you by giving the impression of purity. As the Virgin of the Zodiac, a Virgo man represents such innocence.

His sign symbolizes purity and modesty. The best way to get him to want you is to embody such innocence and purity of heart. Act a bit more sheltered than you are. Treat the world with the same wonder as a child.

You may see all the classic signs a Virgo man is falling for you, yet find it puzzling that he doesn’t try harder to chase you. Yet when you understand his deeper nature, it will all make sense.

Virgo men are control freaks. They need to feel in charge. Their knack for being organized and meticulous reflect this. He will hold back from showing his deeper passions because it threatens his sense of control.

If you want a Virgo man to want you more than any other woman, you’ve got to respect his need for space and control. Even if you don’t spend enough time together, even if you want him to show more affection, don’t push him.

Instead, let him set the pace. He needs to follow his schedules and routines. It is deeply upsetting to him to be unsettled. The more you let him set his own pace, the more he’ll want to be with you.

4. Be Friendly and Helpful to Everyone

The signs a Virgo man has a crush on you can be hard to read at first. He’s friendly to everyone and will try to help those in need. Yet if you want to get his attention and make him want you, be as friendly and service oriented.

Show him that you are naturally kind to everyone. Take extra steps to be friendly to strangers. Extend your help to those in need.

The more you show kindness and generosity to others, expecting nothing in return, the more a Virgo man will admire you. He’ll want to be with you because he’ll recognize your loving nature.

If you have a mean streak, don’t show it to a Virgo man. He never wants to engage in any negative behavior or gossip. He has a cynical side, but this is only his way of being realistic.

If you are excessively negative or unkind to others, a Virgo man will keep a distance from you. Yet even if a relationship with a Virgo ends, he may regret it. He analyzes everything.

A Virgo man can forgive mistakes. Especially if he sees you’ve made improvements. He would rather know you are teachable. He doesn’t expect the relationship to be perfect.

This magic will make your Virgo man want a relationship with you.

6. Respect His Time and Boundaries

If you’re wondering how to make a Virgo man miss you, you’ll have to be patient. It takes him a little more time than other men to realize the impact your absence has on his life.

He needs to feel his own solitude in order to realize that he is better off with you. He will miss you when he’s had enough time to really process being on his own.

Whether this is a break between weekly dates or a break in the relationship, a Virgo man doesn’t get nostalgic right away. Though it seems paradoxical, a Virgo man will want you more when he’s had a chance to be on his own.

He can be proof that absence makes the heart grow fonder. He needs much more space than a lot of other guys. If you respect his time and boundaries, he’ll be more comfortable with you.

He’ll actually want to be with you because he’ll be reassured that you won’t push his boundaries. He’ll feel happy to know that he has space, even in the relationship.

You can encourage a Virgo man’s attraction, especially when you’ve seen physical signs a Virgo man likes you. When he cares, he’ll want to do things to nurture you. His nurturing style is practical.

He’s health conscious and will be happy to see that you are too. A Virgo man will want to be with you when he can imagine your shared future together. He’ll fantasize about exercising and cooking together.

He’ll show his love by making suggestions that promote your health and well-being. If you’re health conscious, it will make it easier for him to show his skills and talents. This will also encourage him.

If you want to know how to make a Virgo man commit, you’ll have to be patient. It takes a Virgo man a long time to commit. This is because he’s so analytical. He will always evaluate the relationship.

When a Virgo man sees that you’re resourceful and frugal, he’ll be thrilled. In the back of his mind, where he keeps a mental ledger of pros and cons of the attraction to you, he will be encouraged to get serious about you.

The more self-sufficient you are, the better. Use your creativity to solve practical problems and you’ll impress your Virgo man. Learn to fix or make things that aid your daily life. He’ll be impressed.

9. Become an Expert on His Interests

When you want to win the heart of a Virgo man, you’ve got to show him that you are fascinated by his interests. In truth you may be mildly interested in his hobbies. He can have intellectual and relatively dry interests.

Yet if you can show authentic interest in the things he loves, he will fall in love with you. He’ll feel like you’re his intellectual equal. To a Virgo man this is more important than emotional connection.

He doesn’t notice the emotional bond as easily. He is more focused on concrete details. It’s easier for him to read your obvious interest than to trust his emotions. Plus, he’ll love to see that you are invested in learning more about his interests.

10. Be Meticulous and Detail Oriented

A Virgo man is detail oriented. He is slow to open up in relationships, even when he’s falling in love, because he’s more comfortable being rational. He will be attracted to you when he sees you’re as attentive as he is.

Share your observations about him and about the world around you. He’ll be impressed that you are care enough about him to be so attentive. He’ll want to make a commitment to you.

If you want to make a Virgo man want you, you’ve got to demonstrate that you have high standards. The more meticulous you are about your appearance, your work and your commitments, the more a Virgo man will want to be with you.